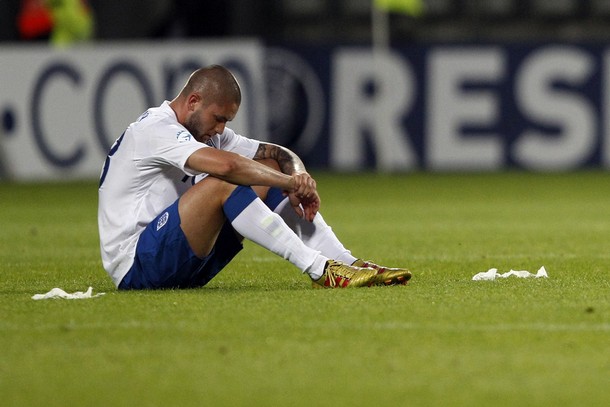 Arsenal have rewarded Henri Lansbury with a new contract, despite sending the Academy graduate out on loan for a fourth successive season.

The energetic midfielder, who was thrust into action by Arsene Wenger against both Liverpool and Manchester United in August, has since made his debut for West Ham United in the Championship as he looks to garner further first team experience away from the Emirates.

Lansbury has previously shone during impressive spells with Scunthorpe United, Watford and Norwich City and has become an influential part of Stuart Pearce’s England under-21 set-up in recent months.

While on one level the new deal hints at a long-term future with the Gunners, the decision to reward the 20-year-old with a new contract could also be viewed as the safeguarding of a potential transfer fee should he be sold in the next two years.

A statement on Arsenal.com confirming the deal reads:

“Arsenal Football Club has today announced that Henri Lansbury has signed a contract extension with the Club.

“The 20-year-old midfielder, currently on loan with Championship side West Ham United, has reaffirmed his future to the Gunners after signing an extension to the contract he originally penned in December 2009.

“The Enfield-born youngster featured twice for Arsenal this term before sealing a season-long move to Upton Park on transfer deadline day. Lansbury got off to a flying start with the Hammers at the weekend, netting on his debut as Sam Allardyce’s side defeated Portsmouth 4-3.

“An England Under-21 international, he featured in this summer’s European Championships in Denmark and scored for the Three Lions in their recent 4-1 qualifying victory over Israel. He has also captained his country at Under-19 and Under-16 level.

“Everyone at Arsenal looks forward to Henri’s continued contribution with the Club in the coming seasons.”

Lansbury is the second young Gunner to sign a contract extension before committing to another season on loan; earlier in the summer Kyle Bartley moved to Rangers after penning a new deal in North London.

Then there is no bullsh*t way! What you want us to send them to Barcelona on loan for them to be regulars and to experience REALLY TOP LEVEL winning trophies experience??!!

Im very pleased about this. I like the boy immensely, and really believe he has something to offer Arsenal Football Club in the future.

Why the fuck is he on loan? Ramsey, Wilshere, Diaby, Rosicky all injured… he’d definitely get a game

Hope this means he has a future at Arsenal, and not just to ensure he doesn’t leave for free or a nominal fee.

Amazes me that Wenger will stick by Diaby; the definition of a crock who has the talent when he can be bothered to show up, but continues to ship out Henri to Championship cloggers. West Ham can have Diaby FFS, recall him!

Anyone interested intaking Diaby the crook on loan? On those wages? Don’t think so. BTW – I actually fancy Diaby as a player – think he’s better than he gets credit for. But very rarely gets more than 2 games in a row. Dan Smith is a criminal…

Personally I think Diaby could/could’ve been a damn good player, has the potential to be of the standard of Yaya Toure, but we got offered 10mil for him over the summer, for the biggest crock on earth thats an absolute gimmie. No idea why we didn’t sell him, could’ve used that cash and the savings in his wages to have scooped Mata.

The invincible arse
Reply to  BillyBatts

Would you be that much harsh on Eduardo or Ramsey?

If he continues to mature and improve this season he should certainly make it into our team next year. Has the potential to be a future captain IMO. Maybe not the most technically gifted player but will certainly give everything every game and scores vital goals too. Home developed Replacement for Rosicky.

Ahead of yosi, song, frimster, le qouq, arteta? I dont think so. Ps rambo, TR 7 are only out short term. I do think he needs one year minimum in the top division on loan just as jack did. Otherwise he’s in the shop window

Good luck to the lad. Lets hope he can develop this season then come back to us LANS-bury next season!

I think he has a chance because Rosicky and Arshavin contracts are up next summer and don’t think Arsene will renew them. Again if Diaby don’t produce this year, he’ll also be off. So next year will see Lansbury, Coquelin and Henderson coming into the first team.

This is great news. I would rather see him in the team than Rosicky and I think it’s a shame he is out on loan because as people said he would get a game. I honestly think he would score more goals for us than Ramsey will

[…] better news, Henri Lansbury has signed has signed an extension to his contract. I highly rate him as a player, and truly hope that this means he would be given a proper chance […]

That picture of him last season after scoring against the Scum – he deserves a new contract just for that!

Best news I’ve heard all week. I’ve been saying to fellow Gooners for ages that Lansbury is the real deal. Nice one Arsenal. Can’t wait to see him starting regularly for us next season maybe.

I hope to see him in the team next season. But after three seasons in the lower leagues, I’d have hoped AW would have sent him to a Prem side instead. Although, perhaps he’s guaranteed more time. Same for Bartley, who I think could be a great CB down the line.

agreed. Would have liked to see him in the EPL. Why didn’t Norwich bring him in on loan? He really helped their cause for promotion last season and there were rumours they wanted to buy him, as did Blackburn. So why no loan deals there? Even could have been good for Everton as a sweetener for Arteta I reckon. Should have only let him out on loan til January and then found him a better club in my opinion, as I’d really love to see him in the Premier League and then with Arsenal.

Happy with this, I really rate Lansbury and I was worried that if his contract had run down , the fat tusked one would be dragging this talent toward the almighty Sarlak.

Well happy, hope he gets first team break through.

Yes so happy when i read this

@Maturks I hope you are right!