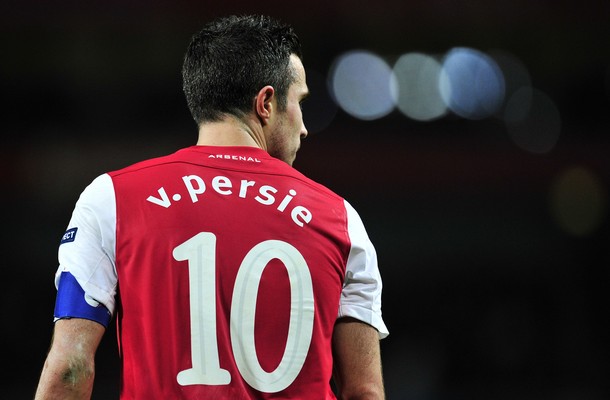 AC Milan midfielder Clarence Seedorf is wary of the threat posed by Arsenal, despite the Gunners entering their latest Champions League clash having not won silverware since 2005.

Perhaps it is little wonder, the Dutch midfielder, who seems to have been playing top level football since the 19th century, not only tasted defeat at the hands of Arsene Wenger’s side four years ago, but also had to endure the ignominy of losing to Spurs this time last year.

Speaking to the BBC about Wednesday night’s first leg at the San Siro, the 35-year-old spoke warmly about the Gunners while making clear that the reigning Serie A champions would respect their English opponents, but not fear them.

“They are a strong all-round side and they always play good football,” said the five-time Champions League winner.

Touching on the form of Van Persie, the ex-Real, Ajax, Sampdoria and Internazionale player continued:

“Van Persie is finally exploding and I am very happy for him, but we know what we are going to have to deal with and we are ready. It is going to be a tough game – Arsenal have always changed important players a lot over the last six or seven years and have still managed to perform well. They haven’t won trophies but they are still a dangerous team.

“I don’t like to talk about fear in sport, in general. I think you need to respect your opponent but if you prepare the way you should so you can perform at your best then it is down to you.”

Arsenal have meanwhile confirmed that the Gunners will wear yellow at the San Siro, using last year’s away strip as a registered third kit. Kit aficionados will no doubt be on the lookout for whether the 125th anniversary crest has been added and if Wenger’s men will be allowed to sport ‘Fly Emirates’ as the sponsor given their opponents have the same branding.

Seedorf seems like a top bloke. And what a player. 5 times champions league winner. Amazing

He’s quality and he has to be one of the smartest guys in football. He can still play, too.

He was booed off a week or so back while against Napoli at the San Siro for a poor performance. Eboue moment. Un-fucking-believable.

yeah Seedorf is great but he is no Eboue

It is what it is
Reply to  Einstein

Never mind RVP, Clarence. Wait till the Coq explodes, then you’ll know about it.

that just about made my day mate!

F#@k me, didn’t know Seedorf was still playing! Did they dig him up or something? Top player when he was alive though!

Seedorf = Classy guy. You know, the opposite of Gattuso.

Give Gattuso some credit, anybody who headbutts Joe Jordan is classy enough for me

Gattuso ahh i love the way he said to the manu player Come on get up.
I saw him in a friendly once (guees seedorf charity match) he was still fighting for ball , tackling with same force on the field like in a league game.

If we win, it will be interesting to watch the lazy journos trotting out their “well Milan are an ageing side” nonsense. You know, they they did when we beat them four years ago. They way they didn’t last year when Sp*rs beat them. Presumably Gattuso and Seedorf got younger in the intervening 3 years…..

Rvp is the least of his worries, it’s the exploding coq he should be worrying about.

I watched Milan v Udinese on Saturday, it was an impressive comeback win for them. Udinese had only conceded 5 goals all season at home, but gave up 2 late ones to Milan.

Milan have a good attack, but I think we’ll overrun them in midfield, especially if Seedorf/Ambrosini/Van Bommel start.

Van Bommel wasn’t even on the bench, maybe he’s hurt. Zlatan is in the midst of a 3 game domestic ban as well, come on rust!

I’m constantly amazed that Seedorf isn’t in a bath chair – he seems to have been around for ages.

The yellow is the bomb!
The ‘normal’ away is horrible…

Yeah, and I’d like to see our yellow combined with royal blue again – doesn’t look as good with cranberry, or whatever it’s called. Call me a traditionalist.

Ain’t that the truth! I wonder who peddled that horrible black-&-blue strip to Arsenal (and ManU too, for that matter).

I still don’t understand why we can’t wear the blue away kit of THIS season. Anybody? It’s not like it could ever be confused with Milan’s home colours…

Our sponsor will probably be ‘Dubai’ as it was when played Hamburg, I think.

With Seedorf’s contract up at the end of the season maybe AW should have a cheeky look at bringing him in for some experience? Not fast but can still do a great job in midfield as cover… just a thought.

I’d rather have Coq than your Grandma

Why, oh, why would you place your nan in front of the coq?
Don’t you know he can be as explosive as Robin when he comes forward?

I have always like Seedorf a very good guy and an exceptional player.
This is goona be one good tie.

Why bring in Seedorf when Jack should be back next year. Good player, no doubt. But we have quite a bit of talent, including emerging players in the middle.

Need an out-and-out fwd or 2 if RVP leaves (I cringe at this thought) and another consistent winger, maybe. Oh, and we need to sell someone’s soul to prevent our annual mid-year run of injuries.

How many injury free years could we get in exchange for the souls of;
Bendtner, Denilson, Vela,& Almunia?

Gotta be at least one seasons worth of soul in there???

I’ve looked in Almunia’s eyes and found them vacant. If they are the windows to the soul, then I’m afraid you’ll have to recalculate.

Almunia is just a Brüno lookalike

i liked it when arsenal wore the white

Really ? Also, how did you get 20 ( as at time of post ) likes for that ?
I’m not being nasty but that’s just going against all I have heard about our kit debacles in recent seasons.

It’s very easy to make an Arsenal kit just follow this little clue,
Keep it Red and White or Yellow and Blue.

Seedorf was amazing on the first PS2 PES, he was like a robot.

I remember seedorf on Fifa86 , he was really great

The jockey klit is hideous. But if we wear yellow here, why not at Sunderland or Spurs ……or elsewhere ?

What happened to those old days when the Club listened to it’s supporters or ‘fans’ and actioned accordingly ? Oh no ! Today it’s Ivan’s Corporate Frankenstein that rules the roost and the plebs just take what they get.

Let’s all wear our yellow kits and put bin bags over them?

The Jockey’s klit?! I thought we were talking about football not klits and Coq’s.

Seedorf only 35 years old. Don’t know why but feels like he’s been playing over a generation now. Great player.

It is what it is
Reply to  abhi

Like most Ajax stars of the18th century, he was a first team player by 16/17

Burger
Reply to  It is what it is

I know he’s old but I didn’t realise he played for Ajax pre-Napoleon. I think FIFA should look into that.

Noticed in media that Ibrahamovic has taken up boxing
as a secondary sport in the last 2 games.
Might meet his match with TV .

TV would take him out

Zlatan has a black belt in Tae Kwon Do, IRL.

Think the Ox should play. With his intelligence And our full backs forward runs, I’m sure he’ll be able slip the Coq in……..

Clarence keeps Seeding his arse off!!!

The guy is unbelievably wonderful, @35 he’s still doing the business well. He is also a legend truly.

I liked the kit we had when we beat Milan last time..white shirt and maroon shorts away and the traditional red and white at home..but I think we can beat the gaffers whatever we wear..can’t wait for tomorrow

Never keen on us wearing white.
1) makes us look like the shit down the road
2) reminds me of playing away on Fifa 95 on megadrive which, when I went back to it recently, I realised was a shit football game!

Was at Arsenal vs Juve ’06. Incredible. And we have Thierry back!

It does seem like Seedorf has been playing since the dawn of time. And, yes, I’m looking forward to seeing the kit selection. I am happy to report that I am running into more and more Arsenal fans here in the Southeastern US as I wear my assorted Gooner gear. I still like that maroon and burgundy horizontal striped anniversary jersey a lot. Mine is long-sleeved with RVP’s name and number on the back — the old #11.

It is what it is
Reply to  TNGunner

Do you move it like Bernie when you’re reppin?

Now that would be ingenious. Rig up a guy that looks like RVP and just stand him near the keeper. At 10 minutes in press the detonator and BOOM open goal!

Seedorf wants to be wary of RVP exploding into song…

I can’t wait to see Koscielny destroying Ibrahimovic. I bet he will be sent off after slapping somebody out of frustration

Pardon my ignorance, but who or why would there be an objection to both teams wearing their sponsor name? Seems like Emirates (weekly flights from Sea-Tac direct to Dubai) would be pleased as punch to have 22 billboards running around on global TV.

i am also a bit curious about this!

We gotta Roq out with our Coq out!!!!