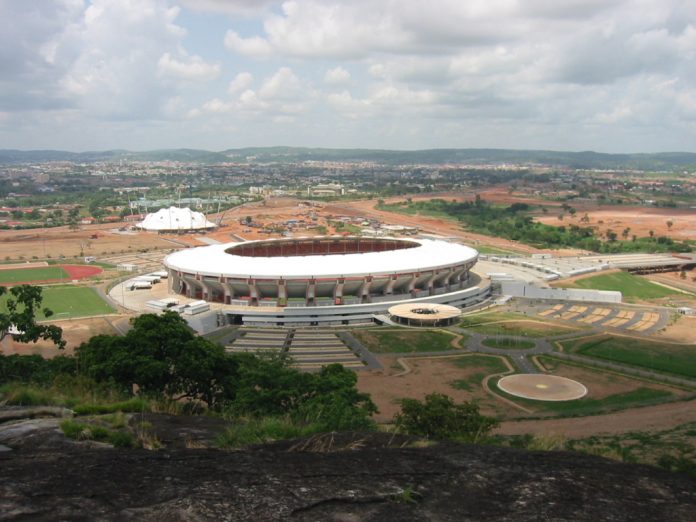 Arsenal will play Nigeria after organisers DanJan finally confirmed their international opponents for the pre-season friendly in Abuja National Stadium on 5th August.

The visit will represent the first time the Gunners have travelled to Africa since Arsene Wenger took charge in 1996 and forms the concluding leg of the 2012 Asia tour. The club’s previous match on the continent, a 2-0 win over Manchester United, took place in South Africa in July, 1993.

Nigeria, currently ranked 60th in the world, should make for an exciting challenge for Arsenal with Stephen Keshi’s side brimming with talent plying their trade across Europe.

“The NFF have agreed that the country will present a strong side as coach Stephen Keshi continues his development process.

“The Arsenal manager [Arsene Wenger] will also use this game to showcase his full squad for the 2012/2013 football season.”

Arsenal’s visit represents a great opportunity for the club’s burgeoning support in west Africa to watch their heroes in the flesh for the first time and lays the groundwork for expanding the club’s brand across the globe.

* SPL side Rangers had been penciled in as opponents, although due to their well publicised financial problems Southampton have confirmed that they have now been replaced by the Belgians.

Ben White: By the numbers

Anderlecht have replaced Rangers in the Markus Liebherr Cup.

The RVP situation must be resolved before then because if not it’s going to be a drag on the tours.

Can anyone think of other Nigerian Arsenal players besides Kanu?

I think he said Nigerian Arsenal players, not Nigerian players. But, no, I can’t think of any others.

My bad didnt read past the first line.

heh. there is only one line.

Kanu’s the only Nigerian to have played for Arsenal (I know this because he was a sporting hero of mine as a child and I started supporting Arsenal when he joined from Inter). Adebayor may or may not count though: his parents (and by extension, last name) are Nigerian. But you know, that’s only if you count Podolski as Polish rather than German.

Chuks Aneke is of Nigerian descent I believe, although has played for England at youth levels.

…only a little over 2 weeks till I can see The Arsenal (in some form) play again. Time cannot move fast enough

I know its only a friendly but who will i support,interesting but its arsenal all the way,waiting to see Giroud,Rvp and co not on tv but live.gunners till the trumpet is blown

Welcome to my crib gunners!

Just waiting for the pre season and next season to start should be interesting considering our new bought talents!

Gosh the super eagles vs the best team in the world, am going for the arse, love the Arsenal more than any other football team.

But it’s gonna be awesome seeing my team play live in my country. COYG!

And thanks to the manager and the management for doing us proud here in Nigeria(Arsenal fans).

To all the fans in Nigeria:
Have a great time watching the Arse in the flesh. 🙂

…but that’s enough about Giroud, have a great time watching Arsenal!

Heh, sorry. I realised I’d set that up for myself and couldn’t resist.

Awwh man I’m jealous. Arsenal should travel to India and Bangladesh once, I really wanna see them up front. Canada or USA works as well, that’s where I’ll be in 1 and half years.

the picture of the stadium used here is old by more than 10 years. get us the latest Abuja pix to show to the world that Nigeria is up to it.

By God’s grace I would be there live at Abuja,though, I would have love the match be staged in Lagos.

My fear is that the friendly would be called off because of boko haram wahala,This is a great concern security wise.

After watching Arsenal in Highbury & Emirates is now time for me to see them in my country Nigeria. Gunners let’s pray for a successful and trouble free visit. Can’t wait to see you guys…Gunner4Life!

waoh! finally my darling arsenal will be here in abuja and i will watch them flesh and blood. i wish the clock will run faster. august 5 is a lovely day. i hope there will be enough security for them becos of the evil men boko haram. not nigerian police becos they are incompetent but british police. i dont want anything to happen to any of the player and coaching staff. arsenal is my life.

It’s great AFC will be facing the Super Eagles,because none our Local club side would have brought forth strong challenge.I can’t wait till then.I strongly feel Lagos would have been the ideal center because AFC owners would definitely be shocked to the marrows the extent of support and AFC supporters in our commercial capital .we’re however booking our flight and already making hotel reservation in abuja though!I don’t care where it’s played am watching my boyz live+i’ll be routing for just one team that day,ARSENAL!no single doubt about that. We welcome AFC to the Land of abundant opportunity! EKAABO(Welcome)

This is great.my country vs my club.i’m a true gunner but i will put my country first.

then you’re not a true gunner…

Come and play in America.

CAGooner
Reply to  Save 75 cents

See you at Home Depot Center next summer?

Frimpong is Ghanaian. He’s always talking about Essien and other Ghanaian players.

arsenal vs super eagles! am not confused as to who to support. i will of course support my darling club – arsenal. arsenal comes first. forget patrotism in this case. 07034595928.

what on earth are you leaving your phone number for

Does anyone know if any other big clubs have travled to Nigeria before (In the last decade) because if not than this is an amazing marketing idea for Arsenal.

MAN.U and Portsmoth did it,the season they(MAN.U) won the League and portsmoth won the Fa cup,they both came and played each other with some Nigeria clubs

I’m happy to have my darling arsenal play against my country’s team. But i’m afraid, the state of security in nigeria is frightening. Boko haram (a terrorist group) are bombing every northern part of nigeria which Abuja is a part of. Since arsenal insisted on a state of art medical centre to be put in place i hope that same is case for security.

Its ok ross kemp is going with team to keep the boro hakam in check…..hell piss em!

Who’s this bukake terrorist you speak of? Do they line up and fire one at a time?

I hope Arsene Wenger and Arsenal management are aware that due to the worsening security situation in Abuja and the north of the country, all Nigeria national team matches for Nations cup and world cup qualifiers have been moved to Calabar Stadium indefinitely!!!!!!! I wonder if the interpol, Scotland yard, her majesty’s army and US marines will be brought in to secure Abuja from suicide bombers!!! I suggest this match be moved to Calabar like all other major sporting events have all been moved to Calabar already. Just because my dear team lacks ambition and the will to win throphy,… Read more »

f**k bokoharam. if they dare harm even squilla_shit, there will be serious trouble for the whole nation from arsenal fans. But i dont foresee any problems ‘cos even if the bokoharam cunts hate nigeria, many of them are still arsenal fans (except they just might want to give squilla_shit a special pay-back). Above all though, its going to be a lovely ‘hot’ day; my lovely country vs my darling arsenal, spoilt for choice. But i know arsenal will take it easy on us ‘cos we are just #60 in world rank playing against the best in the whole universe.

Can’t wait! Hmmm…sounds interesting… Arsenal in my country, it’s like when a kid has been promised a big birthday present…..*anxious*.