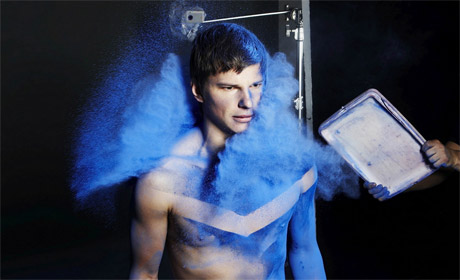 Andrei Arshavin has become something of a scapegoat for Russia’s Euro 2012 exit, with exceptional exception being taken to some of his comments by Zenit St. Petersburg owner Valery Golubov. Zenit are Arshavin’s hometown/boyhood club, and he spent the latter part of the season on loan there, helping them to the title.

If you have had high expectations for our team here, then it’s your problem, not ours.

Said in the aftermath of Russia’s defeat to Greece, the comment drew widespread criticism from the Russian media, prompting Golubov to say that he should be “deported“.

Given that the Russian league seemed to be the most likely option for Andrei to return to, and that he’s repeatedly stated he would only ever play for Zenit, that avenue seems to have been closed. For now we might want to pay more attention to rumours of a move to Galatasaray rather then anticipate his loan move being made permanent.

The Owly one has since made an attempt to be more conciliatory:

The result has disappointed us and, of course, all our fans. We understand that.

As team captain, on behalf of our players and myself personally, I would like to apologise for our performance and the result that we had.

It’s not right to shy away [from criticism]. That’s why I took this moment to say something on this subject. I will do it only once and will not talk about this any further.

Many things are said in the heat of the moment, and both Arshavin and Golubov might sit down and realise this was all a bit silly. As you can see from the sexy picture above, Andrei is extremely patriotic, and would happily dye for his country.

Campbell linked with Serie A switch

I just hope he doesn’t go to a premier league club. Good luck to him whatever happens though.

if he comes back at least gooners will have another player to scapegoat ,right now it’s Ramsey

One stupid comment by AA may have lost us millions….. That just pisses me off!

Not really. There will still be plenty of interest in him. And I expect some Turkish (Galatasaray) or maybe even a middle-eastern club to be interested in his services and pay what we’re asking. IF his move to Zenit falls flat. Which I dont think it will.

What pisses me off is how many players – important players – we have with one year remaining on their contracts apart from RVP: Arsha, Song, Walcott (if I’m not mistaken).

Very poor judgment by Arshavin. Even if he truly believed whatever he said, it was one of those things he should’ve kept it to himself. Now it’s out in the public. It’s a self-imposed injury, an attention he did not need at this moment of his career.

The trouble with the chubby little Arsh is he’s so unforgivably lazy. Take the picture above, for example. He stands motionless as he’s about to be (a) engulfed by a blue, potentially toxic cloud and (b) attacked by a blue-handed lunatic wielding a tray. If that’s not enough to get you moving, nothing will…

He said it to the public official who was accusing him of bringing down the expectations of the members of some political party.
“That’s why I took this moment to say something on this subject. I will do it only once and will not talk about this any further” relates to the full interview which should have been published this morning. So, expect further developments.

So if I go and bad mouth France to the media tmr, I get to stay with the Arse? Thanks for the idea Arshavin! 😀

Aren’t the Squillaci jokes a little bit stale by now?

My thoughts and feelings are a joke to you? :'(

What happened to that sexy body when you were at Arsenal Andrei?

I don’t what you’re talking about. He looks like a fine, handsome gay. 😀

Italy seems about right for Arshavin now. The “old, slow, no tackling and not yet ready to go to the retirement grounds of the MLS” league.

Why you little man!!!!!, what were you thinking?.
I guess in the heat of the moment we tend to speak shit, well this one is just about to cost us big time.

Those comments if true are disgraceful.

The point your missing is that little owl is basically admitting that Russia where never good enough to win it and that the fans expected to much, I feel this is another case of him having a quote taken in the wrong way.

From what I have read (from people who was present) it was the tone and manner + nobody expected to win.

They expected to qualify.

What a happy soul you must be!

No more room on bench for you, Andrei!

This maybe isn’t the worst thing for us. It might teach the guy some humility, and if we could get the same player who terrorised the Czechs for just 50% of the season we’d be laughing.
He was never played (or motivated) properly by AW. Maybe now he would be.

People always forget he is nocturnal. Of course he plays well in evening kick offs!

Isn’t it a ploy by the chairman to drive down Arshavins wage demands?

I think Arshavin is desperate to move back to Russia.

That’s not dye!
He’s just turned blue from sucking his gut in and holding his breath for the pic.

Oh no, who’s gonna pay for him and his wage if not a Russian club?

back with a bang! not a while ago after 4-1 win over Russia people here had the feeling that arshavin was not being played in his real position now he is good riddance! you guys are really funny.I no longer take my kids to circuses ..u people are!

Dye for his country, ha – colour me Russian.

Just crossed my ming that we can have a “for sale 11” and have them play a select 11 to put them in d shop window – GK – Fabianski; Defenders (makeshift) – H. Lansbury; S. Squilacci; Denilson; Midfileders – Archavin; Benayoun; Vela; Attackers – Chamakh; Bentner; Young Park. Ermm… thats 10. feel free to donate someone for the final spot.

I don’t think Chelsea would like it if you sold their player to anybody.

I wish we had even signed di natale and keeping arshavin as a cam that would have been some combination .
I just feel that gervinho is gonna big massive next season. He was the same player that arrived from lille last season ( frustrating finish and decision making) but he is settled and i see him to excel next season.

Even though he’s willing to dye for his country, you can see why he would be feeling a bit blue.

“Deport him”? On Twatter? Oh right, we’d better offload him on the cheap so. Indeed, you’d be doing us a big favour by taking THE RUSSIAN CAPTAIN off our hands. Get fucking real Valery. Do we look that fucking naive? AA was great for Russia during this tournament, and he was pretty good at bringing the Russian Championship back to ZSP as well. Let’s include THOSE facts in the negotiations, shall we, rather than some Twatter “comment”? ZSP can fuck off. If they want THE RUSSIAN CAPTAIN, they had better get their big fat Russian chequebook out. Otherwise, I say… Read more »

LOL only Arshavin could make an even bigger controversy than just being the captain of a team that got knocked out of an easy group.

um, Andrei? I’d advise you to stay out of politics. Those chance remarks will kill you.

Arshavin ate all the pies

Nick in Joburg (who stole my handle?)

Negotiation tactic. Remember the nonsense from Zenit the first time around?