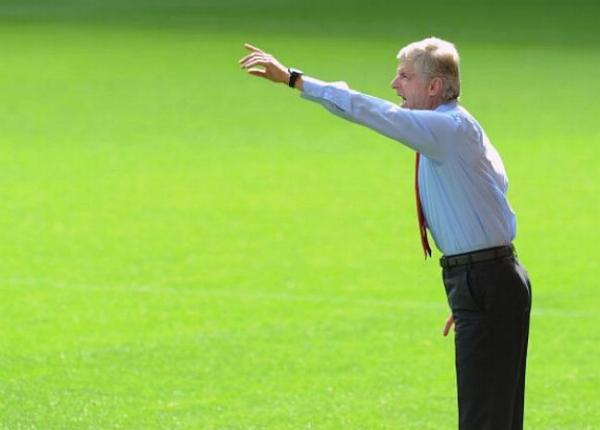 Per Mertesacker is facing a late fitness test as he looks to overcome the illness which kept him out of Wednesday’s win over Olympiakos.

The towering German was rested for last weekend’s defeat by Chelsea although the subsequent defensive mishaps by Thomas Vermaelen and Laurent Koscielny saw much criticism arrowed in Arsene Wenger’s direction as a consequence.

Given Sam Allardyce’s proclivity for a long-ball game and the physical presence of Andy Carroll and Carlton Cole, it seems likely that the boss will want Mertesacker available in some capacity.

There are no other injury problems or returnees, although the boss did touch on Wojciech Szczesny’s troublesome ankle and Jack Wilshere’s first action for the under-21s.

“Szczesny is two to three weeks away from practising normally. It takes five or six weeks to heal,” Wenger told journalists in his weekly press conference.

“He [Wilshere] is doing very well but we need to be patient. He needs a progressive build-up. His next game should be next week [for the Under-21s].”

It looks as though Wilshere could beat Tomas Rosicky to a first team return. Rejecting suggestions that he had hinted that the Czech captain should retire from international football, the boss said his midfielder won’t train until the end of the month.

“I never did that [ask him to retire from internationals]. He is three weeks away from training.”

It’s not the first time an international manager has picked a fight with Wenger and it won’t be the last.

Can’t wait to have them back.

What’s the latest on Sagna?

why ? because thats an area where we are really screwing it up is it? with the replacement doing fuck all at RB?

Jenks we all know that’s you.

Just curious that he wasn’t mentioned, I thought he was back in full training.

I’m really please for Jenkinson, he’s been a revelation this season.

Leah
Reply to  Fergie the Gooner

He’s back in light training as reported earlier this week. Supposed to step it up and join the first team next week.

I miss Rosicky. Think about a midfield with Arteta, Rosicky and Cazorla. Damn.

cazorla should play on the right wing.
Prob have a midfild Arteta,Jack and Rosicky rockin it. Jack creates chances, Arteta stays solid and Rosicky scores the goals. Cazorla and Podolski find the back the back of net from the wings. With Giroud and Gervinho occasionally chipping in through the middle. One man Team indeed.

Shut up and back to training Eisfeld. (I kid)

So i assume the boss has his fly zipped up.

Is it me or does the photo of Arsene look like his penis is hanging out? 🙂

Does it look like a french baguette? No? Then it’s too small to be his cock, which in some circles is known as “le intimidator”.

He’s got his AVB hanging out.

Maybe he got confused when Bouldy said he should bring out the Coq.

oh wait… I got one! Arsene’s Wanger.

Here’s my take, 29 year old rosicky should retire from international football and fully focus on his next three years with us. He’ll be 32 then and ofcourse retire an arsenal legend!.

It’s my football age. you dumbass

Thats got to be the most compromising photo of Arsene ever. what the hell was he doing “hangin’ out” like that.

it’s the index finger from his right hand, relax

Is it?!? Thank you kind stranger for letting us all know something that we already knew…….

What’s the news about Coq…is he OK???

No he gave pictures only of his coq. No news yet.

I’m for PER and Kos at the back and a start for Olivier….

And i hate that anti-Arsenal **** Mark Lawrenson of BBC. I think he tries too hard to hide it.

AGunner
Reply to  One Arsenal

Graeme Souness is worse, never said a positive thing about us!

Heh
Reply to  One Arsenal

Alan smith?, makes sky look like arse. What an arse.

I miss them all, Wenger will have a lot of selection solutions to do, if everybody is fit and ready.

yeah…. he keeps telling same “untruths”.
Not raising my hopes either

Andy Mack
Reply to  One Arsenal

I’ve been expecting this cold I’ve got to clear up in a day or two, but life doesn’t work that way.

I wonder what a week stands for in Arsenal Land?!

But I will gladly welcome them anytime all our injured players are better and 100% okay again.

Even Fatgooner uses spaces in his writing. Also, I’m not sure just using capitals for a name means you are suddenly happy….. In fact I don’t think you’re Fatgooner at all, you’re an imposter. GUARDS! GUARDS!!

Please my fellow gunnerz, when exactly is Whilshere and Sagna coming back to play?

One Arsenal
Reply to  Davidson

When you’ve learned to spell their names correctly….

Davidson
Reply to  One Arsenal

Spelling of their names ain’t my business.

I want rosicky and wilshere back! And why am I the only one in AWE of coquelin?! I think that kid WILL BE a better DM than capoue AND M’VILA wen Hez 23! Please Never bench coquelin for diaby as he gives Arteta that NECCESSARY LICENSE to go forward! Maybe wit time. People wil start seeing wat am seeing now already!! UP ARSENAL

When will people learn that using copious amounts of capital letters and also misspelling words, really weakens their ability to have their opinion listened to…. Being in awe of him is a little over-the-top don’t you think? He may turn out better than those DM’s stated but he is also very raw, as shown by some of his play against Olympiakos. He still has a long way to go before we start saying he’s going to be amazing and you never know how a player is going to turn out (if he got a bad injury, he might not have… Read more »

I’m as big a fan of Wilshire as anyone, but lets be realistic about how good he is. I’m sure most of you recall that his finishing was pretty weak. I doubt it’s improved in the last 14 months. Personally, I like Rosicky a lot. He really passes the ball forward into dangerous spaces. As good as a year as Ramsey is having, I think an in form Rosicky would be hard to leave on the bench. Unfortunately, neither Wilshire, Rosicky or Ramsey is a proper replacement for Diaby. They are different players for a different role.

[…] terms of team news there’s little new or exciting, either in terms of players fit again or those injured. Per […]