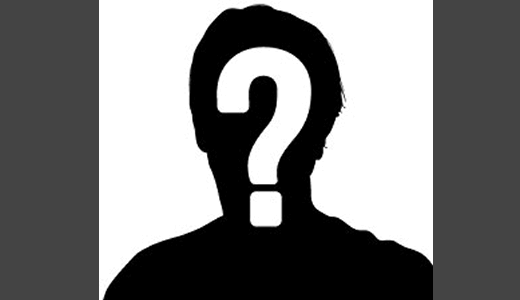 Arsenal, and other clubs, but especially Arsenal, have missed out on the signing of [player name].

The [country] international has been in sparkling for this season for [current club], scoring [x] goals and helping his side to reach [semi/final]/ and/or lift [trophy/championship].

The [position] wizard/stalwart has long been linked with a move to the Premier League with Arsene Wenger said to be desperate to bring him to the Emirates after [x] trophyless seasons.

But once again, the Gunners have been gazumped as [new club] announced today they had reached an agreement with [player name] and [current club] for a sensational summer swoop.

[Player surname] signed a new contract with [current club] in [year] and was scouted numerous times by Steve Rowley, Arsene Wenger’s main scout. It was thought that Arsenal would meet his [figure] buy-out clause, but the man nicknamed [nickname] has decided his future lies elsewhere.

Please feel free to use this template for all your hit-whoring, made-up story needs.

Arteta: The club know my plan, now is the time to improve

The guy who didn't leave

Herold
Reply to  The guy who didn't leave

GeeFive
Reply to  The guy who didn't leave

a gooner in Manchester
Reply to  The guy who didn't leave

we have Ox who is in the same mould as Gozte.

Ox seems to be getting back on the right track. Will see how he is going to cope when get kicked.

Hope Ox will learn from Theo and Jack bad experiences so that he can get trickier and quicker to ride ankle-shattering challenges.

Jin
Reply to  The guy who didn't leave

Just paste this article link to the comment of whatever news blog or soccer news, especially the damned dailymail shit news. Those journalists are shite. Especially jamie rapeknap

arsenalista
Reply to  The guy who didn't leave

I’m now hearing that Goetze is a target for Arsenal in 2017.

Brilliant, this is why you’re my favorite.

To the tune of Daniel bryan.

Absolutely, 100% spot on! What a brilliant article. The only thing I would have added something about since [Y] player left they have been desperate for [Z]

Pretty sure Blogs copied and pasted a document he had been e-mailed (by accident) to him by a reporter.

Said document entitled ‘General Arsenal Transfer Story’. Instructions: ‘Fill in the gaps however you please. Submit to editor for inclusion in next Saturday’s issue.’

I am sure he is not top top quality we are looking for, as we will only sign top top quality players. We are in the Market, and if top top player become available we will for sure sign him, but at the moment the European economy and employments around Europe is not ideal for us to spend, we have the money but throwing money at the problem is not the solution.

We were never in him, never. We have [X], [Y] and [Z] coming back from injury, who is a fantastic player, a top, top, top player. We will spend on the right player. Spending money is not the problem.

Loop A Hole
Reply to  David

I look at you not because you start the stories. But I look at you because you look at me, and when we look at us, do they want us to look at them? I’m angry, and I have Mental Strength. Oh and Diaby is out for three weeks.

lol blogs you crack me up

Damn it! I really wanted [player] to join us!

Yep Pavlos with you on that one mate. Pep is already getting on my tits and he hasn’t officially started work there yet. Not a bad move by Dortmund to announce his get out clause in the hope that someone abroad will match it and try convince him to join them. Can’t see us stumping up 32mill though. Great report blogs.

classic article. there is no one good enough that would play for us that can make a difference to a title run. jovetic maybe. we now make signings of an everton quality

Last time I checked, Everton weren’t able to sign the french golden boot winner, a double euro winner or the 4th most capped german ever. Keep the faith.

The Ox, The Ram, Willy and Wally
Reply to  Jamie

what a read. and no shit its gotze

Fantastic, should there also be a something in there along the lines of ‘Following the departure talismanic (X) to (Barca/Shitty/Surrey Plc) leaving a gaping hole in (X)’

It’s all fucked now that [player] won’t join Arsenal. How can we show such a tremendous lack of ambition?

Jack the Lad
Reply to  Miguel

Coupet? Seriously, can you imagine some of the comments on some of the other blogs that have genuinely run this story!

I bet arsenal will miss out on [cheaper option] too. Sack the board. and Vick Akers

But they wont sack themselvevs :/

Might sack Vick Akers though one less wage to pay.

You forgot to mention that Wenger has been a long-time admirer of [player name].

Who’s surprised? [player] was always out of our league. [cheaper option] is more realistic, and a top, top, top player too. And we will have so many LANS next season! None of them will get injured next season obviously 😉

Gotze for who tho? Seems to me as tho we have a plethora of players in that position… A world class centre forward please!

A plethora, you say?

the only sam is nelson
Reply to  imarnuel_afc

a plethora has myriad definitions

Too true. One might go as far as to say a veritable cornucopia of definitions.

Memo including template soon to be circulating through the Daily Mail’s newsroom.

[…] end of the season. Considering that, I reckon anyone dabbling in rumour affairs should swiftly use this article to fill in their […]

suarez? somebody with more ‘bite’ to his game than we currently have.

Shame what this does to the brand. [player] would’ve sold a lot of shirts in [country-x].

the only sam is nelson
Reply to  imarnuel_afc

Pete
Reply to  the only sam is nelson

I hope we don’t see a similar one like this for Reus. As he is the one player that would add real quality to our already cramped midfield.

Probably end up playing right back in our team.
heh farny article

Why do Arsenal fans think we have even the slightest chance of signing players like Götze and Reus? You think they would enjoy fighting for fourth place trophy for the next five years? We will always sign players like Giroud or Gervinho (or, for that matter, the cunt back then) and hope they turn out great players.

I am furious that we didn’t sign [player]. We need to sack the board immediately and bring in Usmanov so we can buy [flavour-of-the-month-player], [perennially-linked-player] and [over-hyped-young-player-I’ve-never-seen-play].

Highly rated or expensive players arent necessarily over hyped. they cost more for a reason, their interesting quality. Just as other clubs are interested in our star players, every single season.

by “interesting quality”, you mean “being English”, right?

No! I mean like ones Wenger wanted to sign (or keep) in past few seasons but missed, aka mata vertonghen hazard goetze fabregas rvp…

The Ox, The Ram, Willy and Wally
Reply to  Usmanov

O god, like the millions of people who want to make Jovetic our record signing because he’s good on footy manager and Fifa. I honestly wouldn’t be surprised if none of them had ever seen him play.

Jiggalo
Reply to  The Ox, The Ram, Willy and Wally

He was nothing special vs England

A million Daily Mail articles in a nutshell.

Only down-thumbed cos you really didn’t add anything here..

[…] end of the season. Considering that, I reckon anyone dabbling in rumour affairs should swiftly use this article to fill in their […]

I am appalled at the lack of [Ambition] shown by the [Board], why didn’t we sign [Player x], a player who [Manager] has shown interest in the past, or at least a [Player x] that will prove the ambition of the club. Many of our current players need to be benched because they are playing too much and we, [The fans] need to know… After many training sessions with [Manager/Coach] many of our players can’t be asked to be up for a fight and will clear off to [Club bollocks]. [insert rant about wanting Manager out] [Insert paragraph explaining why… Read more »

I am extremely upset at missing out on a player that I didnt know we weren’t signing until 5 mins ago..

damn…we missed out on messi again?

That [player name] would have helped us win, he certainly better than the current crop who play in his position. But personally, I would mind [cheaper option] or [made up option] either.

I’ve enjoyed reading this blog and all the comments, a great way to spend time on the toilet.

Good to know i’m not the only one. The people i work with just think i have a serious bowel complaint.

very funny….., at least we can smile about it

Is it Just me or does any one else think Daily mail has a severe Problem with Arsenal and don’t care if people know about it, their articles are highly unsettling & biased and paint a picture of Arsenal in constant Chaos when even things are going smoothly. some one should email them or tell them to …[ ,l.. OFF! ]

goal.com will now link directly to this page during the training period of new writers/slaves

Its a shame Götze is going to Bayern… really hoped Dortmund might turn into something special over the next couple of years. And of all the places, it just weakens the Bundesliga, which is too bad.

Actually since day one of this season Arsenal has been linked to a hundred players. Depending on the source they have signed for next season, have signed for next week, have just arrived, completing medical, will join the team training Wednesday, will be on the bench Saturday or in fact will start Saturday. Lol. In January the manager said he would be very busy, but the quality was just not there. Each summer our Arsenal CEO, Board and Management assure us they are assembling a squad so strong that Ibrahimovic, Ronaldo and Messi would not even make the bench. With… Read more »

Well Dortmund are in the habit of flogging all there gold we should dash in and grab Reus or Hummels or preferably both.

someone needs to make an online form to make up the fake article.. would become a cool meme 😀