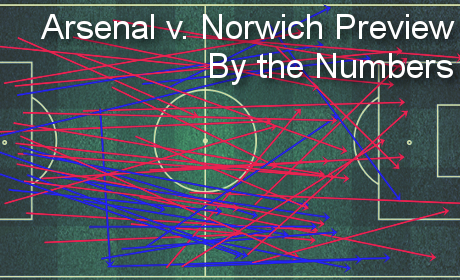 (All numbers League play only, unless otherwise stated)

Leicester 1-3 Arsenal: By the numbers

Can’t wait for this game..Seems that Arsenal hasn’t been in action for ages

un-related question blogs, when we finally see Özil and Cazorla playing together will you consider using a video of that on the site as the featured video?

Ozil already leading the league in Key Passes per Game and he hasn’t really settled.

Looking forward to Ozil + Santi but also in due course Ozil + Walcott Ozil + Podolski. The way our midfield is at the moment, we have players who can fit in in a number of positions but they have each their own unique nuance capability. Where Flamini is all action and takes no prisoners, Arteta is more cultured and all about passing. Where Ramsey is vision and goal scoring, Jack carries the ball and can dribble past a defense vertically. Where Santi turns on a dime and gets past his man, Ozil floats into space, both of course have… Read more »

Can we not just do away with this international malarkey altogether, we seem to be endlessly stopping and starting this season already

Only 60,000?What about other fans who can’t make it to the stadium and watch the match from the comforts of their home?

Ozil Is A Gunner

Ozil & Cazorla on the same side. Oh man, is it going to be beatiful…