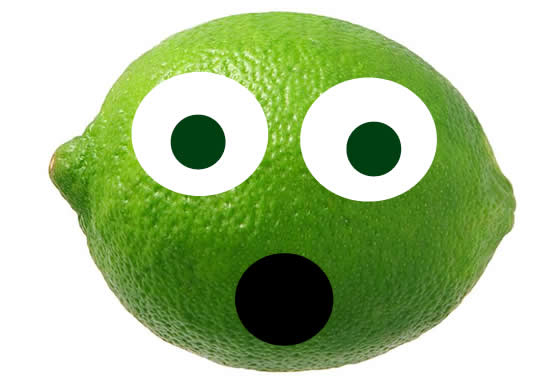 Thanks to a shadowy Julian Assange-like figure, Arseblog News can reveal that Arsenal will wear yellow and blue on their travels next season when Puma take over from Nike as the club’s official kit-supplier.

We can also confirm Arsenal have opted for a blue and lime green third/cup kit – the first time we’ll have worn such a colour combination since the 1982-83 season.

Documents passed to us in a high-risk briefcase swap at Heathrow’s Terminal 5 detail the specifications for all three kits, the training gear and the date they are due on sale.

The home kit will be ‘high-risk red / white’ – it’s the kit Linford Christie unwittingly leaked to the Gunners fraternity a few months back. (On sale 1 July 2014)

The away kit will be ‘estate blue / empire yellow’. (available mid-summer 2014)

The goalkeeper kit will be ‘lime green’ with an alternative in ‘black ebony’. (available mid-summer 2014)

Arseblog News – always sartorially keen – is slightly worried by the potential introduction of ‘lime’ to the Arsenal colour palette. Having just kitted the boys out in fancy Lanvin suits it seems a shame to ask them to strut their stuff in a potential sick-inducing combo on the pitch. Indeed, if we’re not mistaken Newcastle had a lime third kit by Puma last season and it looked a bit naff.

For a run down of all Arsenal’s away kits, this is awesome.

And for stats on our success rates in different kits, this is worth a read.

Right, we’re off to the Ecuadorian Embassy now, catch you in 2037.

Is that Arsenal’s new striker?

At least he’s not a lemon…

I would imagine lots of fans would cheer for a Limey striker.

Let’s just hope we never have to play in it.

Although strangely I can totally picture Bendtner in it. 😀

Per Mertesacker is going to look like a big popsicle

I just can’t make out how much of that is satire.

Aran
Reply to  some dumb american

Like it or not, people abroad do attach quite a lot of weight to the appearance of a club, whether they have flashy “stars” and if their money is worth being handed over or not. Sometimes we’re a teensy bit too cynical

some dumb american
Reply to  Aran

Not sure what you’re trying to say, but it does sound a lot like the Seattle Sounders jerseys.

Arsepedant
Reply to  some dumb american

Yeah, as soon as I read “methyl blue / lime green” I thought of Seattle Sounders home kit. Smeg, I hope not!

i quite like the idea of a lime green and blue, yeah very much so especially if we don’t EVER get to wear it!

That home kit looks vile, the others sound vile, and what the hell is Giroud wearing?

Seems like the club, more than anything wants to say that everyone’s on the same page, fans players and executives alike.

“Documents passed to us in a high-risk briefcase swap at Heathrow’s Terminal 5.”

Sounds more like David Hillier than Julian Assange, to be honest.

We won’t know until we see them, but from order that the colors are in, my bet is on the lime green being an accent color against a predominantly blue kit… which actually might look quite nice as a more avant-garde third kit.

When we have one of those really bad games. They will laugh are our ugly jersey too. Come on.

So we’re in the limelight, i guess… or not.

why is my name required

As long as our second away kit is yellow and blue im fine with it. It brings more wins and success rate

At least there is no tango orange…………

I don’t think you need to worry about the kit being entirely lime green – typically when a colour is the third listed in a colourway, it’s reserved for branding or trim.

Estate Blue is the dark blue you see on the sleeve of the training jacket that Giroud’s wearing in the Linford Christie leak picture, whist Methyl blue is a bright blue; something like this: http://www.bike24.com/p251425.html

Wait…that guy on the picture was Linford Christie???

Has it been confirmed yet anywhere that we are changing to Puma?

Just noticed something, when looking at the away kits link, ever since we have had Fly Emirates on our chests we haven’t won anything.

Hard to know how I feel without seeing it. It sounds like it could be sort of hideous, then again, there have been some great green/lime kits out there.

I’m mostly glad that we are seeing the yellow/blue again next year. For me, it is a part of our history, a part of our club. I really didn’t want this year’s kit to be a one and done thing.

Only thing that matters is the home kit.

Speaking of which, has everyone started their diets/exercise so they can fit into the new Puma compression shirts? They look a bit snug.

Really pleased that the 82/83 strip is being honoured in this fashion.

We had a green third kit a few years back, got a knock off copy in Bodrun for £6, still wear it occasionally, think the team wore it once,it is shit!

Have we still got time to give them their money back?

Going to buy 50 of this season’s home shirt and wear them for the rest of my life.

“and wear them for the rest of my life”

Only if you’re Thierry Henry in disguise… also, what’s the point of the money in 50 years… just spend the money on beer now

Screw puma. Players wearing their fancy dress costumes and running around the pitch would be awesome. Imagine kos as the scream guy, pod as the hulk (not the one who is arshavin’s team mate). That would scare the shit out of the opponents.

Also, why the hell did park dress up as moyes ?

when do we use the 3rd kit? never understood that

When we play a team in yellow and red.. Orange… red and blue, yellow and white…
or when we are in the fa cup and the marketing folk think its a good idea to boost sales of the third kit

Who's idea was it

To stick a tampon on the front of the training kit

Are we gonna have a champions league home kit too, like Dortmund?