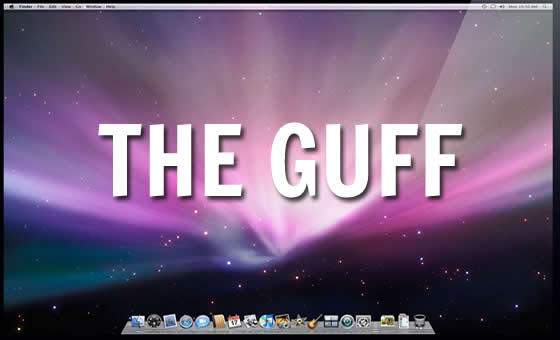 A look at the reaction from the media and blogosphere to last night’s 2-1 win over Aston Villa in the Premier League.

“Arsenal are back on top of the Premier League, taking in the view and showing no signs of a side that is going to wilt any time soon” – Daniel Taylor, Guardian

Wilshere was key to this win. He has been wanting to score more from midfield, following the example of Steven Gerrard and Frank Lampard. The England international was certainly in the mood for this, enjoying his central station which allowed him to attack while Mathieu Flamini stayed behind to shield the back-four. – Henry Winter, Telegraph

From a position of supremacy, by the end Arsenal were clinging on as Villa came back into the game with a spirit that looked frankly absent in a first half which ended with the home crowd booing them off. Where previously Wilshere and Mathieu Flamini had commanded the game, it fell to Per Mertesacker, his team’s outstanding player, to head away a sequence of balls pumped into the area. – Sam Wallace, Independent

It wasn’t professional. It was sloppy. Arsenal should have had this game wrapped up, but instead slacked off in the second half and allowed Villa back in to it. Given how poor Villa were for most of the game, anything other than three points would have been something of a disaster. – Gunnerblog

Arsène could not have asked for more, at the final whistle the players had achieved their objective. It was not an ugly win, it was not an aesthetically pleasing performance over ninety minutes, it was a bit of both. And a bit of both turned out to be a bit of alright. – A Cultured Left Foot.

When all is done and dusted; when the cows have come home for milking; when the cheese is in the sandwich; when Mother has shaved little Leopold’s scrotum in time for Church; Arsenal secured 3 points, and that, delicious readers, is all that should matter to anyone. We sit pretty atop the Premiership and have taken another step towards the unbridled glory of lifting the Champions’ crown.- The Armchair Gooner

The German teenager, not dissimilar in build to “the Ox,” is one of those jewels that Wenger turns to. Once a young Arsenal player is ready, there is no time like the present, no matter how callow he may be. Gnabry is raw, but already troublesome for opponents. – John Brewin, ESPN

3 points is all that count

I have digested the usual garbage from Savage about 5 reasons why AFC can win the league but won’t .
This squad WILL prove to those supposed experts that we have the will to win.Just look at PER last night
after their goal.He is determined to win .An attitude so different from previous seasons

he was so pissed off at Cazorla for giving the ball away. I loved it.

Its certainly a sharp contrast from the days of that Mowhawk Loving Cry Baby Galas.
Wonderful days are here.

BringBackSeaman
Reply to  remember the invincibles

Look at Ozil, he has thanked the Away fan ever since he recieved similar words of encouragement from the BFG

BringBackSeaman
Reply to  remember the invincibles

I get in the change room the hugged it out….

I recall after the City game where all those gobshite experts used the footage of Per ripping one out of Ozil as evidence of a team falling apart – 5 wins and a draw since then isnt it?

Couldn’t agree with you more Runcorn Gooner. Savage, Shearer and all these other bellends who are paid lots of cash for masquerading as pundits still make out that we aren’t genuine title contenders. How can they possibly make that claim? We are top of the league, we have played every other team in the league once, we have been top for ages (after we have played the same number of games. I don’t see Citeh leapfrogging us them taking the top spot from us) and we have shown that we are more than capable of grinding out results. These are… Read more »

Love this! Thank you Arseblog.

Nothing wrong to praise where praise is due! Let’s keep our powder dry for the opposition, shall we?

Great idea. Been wanting something like this to exist for ages

No idea what Cazorla was thinking last night in the mistake that led to goal. Hope the BFG gave him a talking to, he needs to find his form again soon before we start the knockout stages. Also hope monreal isn’t out for long he’s a great full back.

Many players made mistakes that luckily didn’t result in us conceding. Cazorla did a lot of good work against Villa. Looks to me like his form is coming back.

When mother shave little leopold’s scrotum. . . That made me giggle!

Thanks for enabling me to while away my time basking in the glow of victory in a more efficient, directed way, Blogs!

We are top of the table, ladies and gentlemen.
Keep calm and enjoy the view.

The view from an aeroplane over the sea?

I won’t to know what Stuart Robson has to say,his is they only opinion that counts!

Thanks for this Blogs! Now I can choose and read the other blogs or articles. Liked what the Cultured Left foot has written.. Maybe i will give it a read…..#3Point #TopoftheLeague #COYG

Nice work, but you missed one post match quote:

Since we always slate Ollie when he miss some good chances in the games, I think we should also give him some credit for that wonderful finish. It wasn’t easy by any means.

Anyone else notice Giroud getting back in the box and even at the corner flag to defend? And effectively too, I think his defensive work ethic was under-looked, aside from the fantastic finish

i just hope come end of season we make this silly pundits gobble back down their words. We have been top for quite a while now and slowly they have found a way to give us the credit we deserve but at the end of it they will always remind you of “how city and chelsea have better squads”……..This arguement has become invalid coz we have shown our squad can cope aswell (especially if a new forward comes in) “how city and chelsea are getting stronger and stronger”………as if we’re just sitting there waiting to be overtaken. “Arsenal will get… Read more »

I have to agree with Gunnerblog here. We should have kept going when the momentum was in our favour and pressed harder to score more goals instead of inviting pressure unneccesarily. Still we picked up the 3 points so lets just learn from our mistakes and move on to the next fixture. COYG!

This is the same Robbie Savage that said Arsenal were no longer a big club last season, and just says whatever is the current fad amongst pundits.

I have more respect for Michael Owen, who is at least consistent in his inane drivel.

Don’t you get the feeling that if we win the league that all these pundits especially tv pundits will say Arsenal didn’t win the league Chelsea and Manchester City gave it to them.

After the BFG’s reaction to his sloppy play I don’t think Carzola will be making many more of those type of mistakes. No leaders on the pitch? The BFG can lead an army to war.

Considering his nationality, it’s probably best if we don’t test out his military leadership skills.

With compulsory conscription still in place at the time, Per actually opted for the civilian service in a place for the elderly. He is not only a fucking tall, but also has a gentle heart.

Perhaps he was learning tactics from the old boys.

Next we’ll discover that he has taken over Fabianski’s locker!

ha – while i love this feature – it struck me half way through that having all the media’s words about arsenal condensed into one page is what hell looks like.

More on these pundits. When Manure were getting scrappy wins like this they were all saying it was the hallmark of champions, that they can play badly and still win. But when we get a scrappy win they say that we’re not good enough to put teams to the sword and bury a game. And I still don’t understand why Chelsea are such big favourites with the pundits. Besides his anti-football, Mourinho won’t play Mata; Torres, Eto’o and Ba put together won’t even make one shit striker (but oddly enough we won’t win because our CFs are not good enough);… Read more »

I actually despise the media & everyone’s love for Maureen, he’s boring, tiresome & sounds like a broken record week in week out, with his boring tactics. He must have a stake in Arriva with the amount of buses he parks. Apparently Chelsea can see out games and that’s something we don’t do????? Pundits and everyone else alike need to open their eyes and realise it’s not 2006 anymore, Chelsea are no longer the machine they once were and Maureen isn’t the ””’genius””” he once was either! Him and Sp*rs would be a perfect match for each other City are… Read more »

just seen Ronaldo voted for ozil in 3rd place for ballon d’or … does anyone know who Ozil himself voted for …?

I don’t think Ozil would get to vote, as he isn’t a manager or captain of his nation’s football team.

This is lovely blogsam really happy, having all this great guys in one blog, super!

The best blog on the planet. COYG.