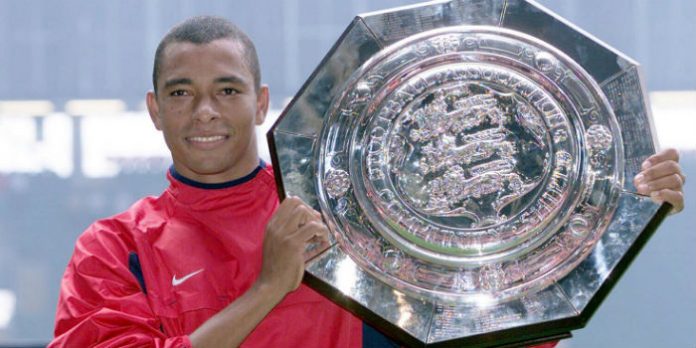 ‘Invincible’ stalwart Gilberto Silva says Arsenal have offered him an opportunity to kick-start his coaching career, but the former-Brazil international is eager to prolong his playing career for another couple of years.

The 38-year-old was released by former club Atletico Mineiro in January, returning briefly to London Colney to train with Arsene Wenger’s squad, but subsequently required knee surgery that has hampered his fitness for most of the year.

The 2002 World Cup winner revealed to Globo Esporte that he’s used his time on the sidelines to prepare for life in retirement, but insists now he’s closing in on full fitness he wants to play again.

“It’s been an unusual year. For the first time in my 20 years playing I’ve been without a contract. I had an injury to my right knee and it’s taken the whole year to recover. I had complications after the surgery but I’m now in the final rehabilitation process. The idea is to play a year or more, but I need to be 100% fit to do this.

“I want to prepare myself for the future so I’ve done some courses, not just about football. It’s been important to learn things outside the sports field, stuff around coaching and the management area but not just to become a coach, but to have the knowledge. In the future I’ll look towards management, but my situation isn’t yet clear. I’m not making any decisions just yet.”

Asked whether a return to Arsenal is an option in the future, Gilberto admitted the club was a fine place to learn and that an offer was on the table.

“I spent six years at Arsenal, which was a great place to learn. I have it as a reference point and a football model.

“I have had an invitation, yes. Anything is possible. It makes me happy when you have these invitations, and it makes me want to learn from others, seek knowledge and develop my own style.”

“I’ve had some invitations to play again. My rehabilitation is in the final stretch, and I’m open to discussions.”

It sounds as though Arsenal isn’t really on Gilberto’s agenda at the moment, which is fair enough given his desire to keep playing.

Moreover, Arseblog News suspects that a return to N5 is probably in a learning capacity rather than a formal position with London Colney a base for him to hone his skills while undertaking his coaching badges. Whatever happens we wish him the best of luck…

Fair to say we still haven’t replaced him. The unsung hero of that brilliant team.

So obvious but I dont care:

How id love to have ’04 Gil in our team. HeroKing.

Absolute legend! Did all of the simple things to perfection but he also had fantastic ability on the ball and always seemed like a true gent off the pitch. Good luck mate.

Still sad he wasn’t made captain when he deserved it. ..

Oh who did he give the captaincy to instead? Gawd sake !!

Don’t rush, you can come back in a year or two with thierry 🙂

The Invisible Wall. Before there was Makelele, there was Gilberto. Still miss him.

more importantly can he fill in at centre back?

I understand he played primarily at CB for athletico.

First Arsenal scorer at the Emirates too…

I loved Gilberto, sorry to hear he’s been struggling through injury. Hopefully someone picks him up for one last run (over 35? Brazilian? surely space for him in the J-league…).

Gilberto IS what we’ve been missing in our midfield since invincibles…far more than viera.
Still feel he was badly in his last season at arsenal.
He should’ve been made captain when henry left, was also benched for flamini who ended up leaving us for money.