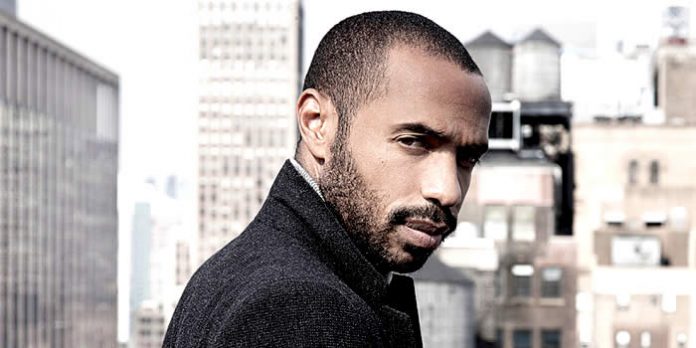 Thierry Henry says it would a ‘dream’ to manage Arsenal one day but says that now is not the time and that he’s got a lot to learn before he moves into that part of his career.

Following his retirement announcement yesterday, the Frenchman said he was planning on doing his coaching badges and that he hoped the club involved in that process would be the Gunners.

“The plan is to start my badges and I guess Arsenal will help me,” he said.

“To pass your badges, you have to work closely with a club and I would like to think it is going to be Arsenal. You know I’m in London when you see me at Arsenal.

“First and foremost I don’t know how or when, but everybody knows I would love to go back to Arsenal in some capacity. But I need to be equipped to go back. I want to learn the process, so I have to get my badges and what not. We will see what is going to happen.

“It’s not a secret, everybody talks about me going back to Arsenal and me the same thing, but it doesn’t always work like that.

“First and foremost, I have to make sure that I have everything on board to be able to go back.”

Can’t fault that attitude and given that we recently offered Gilberto the chance to return as part of the same process, it’s impossible to think the same chance wouldn’t be given to Thierry.

He also spoke about the possibility of being critical of Arsenal and Arsene Wenger for his new job at Sky, and said he wouldn’t shirk the negative side of things, but would do it with manners.

“I will be talking about the game good or bad,” he said.

“It isn’t personal. I knew when I was playing that when I didn’t play well I was going to get some and that’s the way it is.

“Now, sometimes, what’s not on is when the criticism becomes a personal thing – that’s when you have to talk about the game. You are talking about a situation, not judging a person.”

Something many could learn from, in fairness.

All we can is for him to be fair and balanced. I think we would all prefer that to biased and tribal.

(Pinocchio Phil Thompson and all the Liverpool ‘analysts’)

There’s a part of me that wants him to be ridiculously biased and make crazy statements about how awesome Arsenal are and then when one of the Jamies tries to argue he just looks them in the eyes and says ‘how many goals have YOU scored in the Premiersihp?’ or ‘I know you can’t outrun me Jamie so be careful when you try anything’.

He’s too classy for that, though.

He is too classy for that! He is awesome whatever he does! All the best Titi, I am glad that we will see you regularly on the TV and you will make those programmes are worth to watch!!!!!!!

“I have to get my badges and what not.”

I’m struggling to put his voice to that line.

I felt good reading this. He’s being a little discreet but I’m pretty sure he really has his eyes set on that number one role. I’ve never seen a more passionate Gooner. Adams and few other guys like Sol come close.

It would be an inspiration for the players just to see him around the place and if he is doing his badges at the same time even better. Keep watching old videos since yesterday and I still can’t beleive how good he was. Be nice to hear from a genuine world class player on sky rather than Redknapp and Carragher who were ok but not people a player can easily accept criticism from.

I so hope this will happen…I hope that one day he will be able to come to Arsenal as our manager….OR Bergkamp…I am torn between the two of them….but either one will do 🙂 🙂

Bergkamp doesn’t fly so I doubt that he’ll ever be the manager but hope that he returns as a coach and henry as the manager, that would be a great partnership.

God is Bergkamp, Bergkamp is God
Reply to  sam

Henry as manager, Bergkamp his assistant, and Beautiful Bobby as the assistant to the assistant, stepping up on the road for Dennis. If you’d excuse me, I seem to have made a mess

He would only criticize Arsenal with manners. Who’s he having a dig at?

All of the pundits and the ‘Stoke train station’ slimebags.

I wouldn’t say he’s digging at anybody.

I got to say, he knows exactly what needs to be done to even start his career as a manager, let alone manage a club of the stature of Arsenal. He should definitely consider the role of what Zidane is doing at Real Madrid, and
it should happen when Arsene is still around. Hell, i wont even mind Arsene extending his contract for a few more years if Henry is sitting besides him in the dugout.

I have a weird feeling about henry accepting the punditry role with SkySports. You know, trust Sky to always bringing him on in mostly Arsenal games and put him on the spot when Arsenal are playing badly. He might rightly criticized Arsenal during one of his analysis and get a backlash from the fans. And I also feel he might not want to criticize Arsene even if he had to. I trust henry to be constructive in his analysis and criticisms, but I fear some fans and the ever growing ‘anti Arsenal press’ will eventually twist some of his analysis… Read more »

Ben
Reply to  Mr Brain Is a Gunner4life!

Dick Swiveller
Reply to  Mr Brain Is a Gunner4life!

Those kind of people are always going to get upset over nothing, ignoring the idiots is still the best policy,

Probably going to thumbed down for this but there is a method to my madness….. I don’t think he should do his badges at arsenal I think he should do them at Ajax…. that way he can strike up a partnership with bergkamp get some extra managerial experience outside of the premier league….. and the two of them can come back to arsenal….. what are your thoughts on that??

do you have any idea how contracts work?

Yeah….. I also know they expire too

Nice idea – for experience sake! But I think it’d be best at Arsenal.
For us, it’d be like the Özil and Sanchez affect on Ramsey and the Ox. They clearly brought something to the table way beyond footballing talent.
And when it comes to Thierry, I’d really want to learn from Arsene.
A bit like when Grandad passed, I wish I’d learned more from him – as a man. To not make the most out of Arsene Wenger would be regretful.

I guess if he did them at Ajax he’d stand less chance of getting injured.

Words of sense. You can tell who he learned from!

Can’t wait to see you back Thierry.

Good luck to Henry; for me he was our greatest ever player. But I’m not sure he’ll make a great coach or manager: throughout the history of football great players do not tend to become great coaches. In fact they usually become average or bad ones. And the opposite is true: most successful bosses were average or bad players. (Yes, I know there are exceptions like Cruff and Dalglish, but they were aberrations.) Henry strikes me as too laid back to make a great football manager. He is clearly very intelligent but I don’t see much passion there. And with… Read more »

It’s true, that’s the general trend but there are exceptions, and I’d say when you’re a proven winner in your playing career, you’ll likely have the same drive to win if you go into management, just maybe not the ability to actually do it. I can understand not wanting him to get a top job until he’s proven himself, I guess if he’s working on his badges while he’s here that would give some time to assess whether he’s up to it, but given Adams previous managerial jaunts when the sentimental part of a gooner would want him here it’s… Read more »

A Barcelona fan could have written pretty much the same about Guardiola a few years ago. Good player, club legend, laid back style. No management or coaching experience from another club. Guardiola started out as youth team coach. Would be nice to see Henry do the same at Arsenal, then perhaps progress to something bigger (i.e. the first team) in time.

Fair points made, though I can’t imagine Henry would ever lack motivation when working for the Arsenal.

I want to see king Henry as a very successful manager but you are right about great players becoming average or poor managers : Gullit (had been really awful), Roy Keane failed from day one he started trying, don’t have too much hope for Zidane. I don’t see Zidane giving a meaningful pep talk or even press conference. I am sure Henry and even more Patrick Vieira will succeed. Klinsman and Guardiola are very good examples even though Guardiola was a very good but not a great player.

I think a few salient points have been made regarding Thierry Henry’s personality. First, I was surprised he was offered the punditry job on Sky. Punditry positions are offered to ex-players as producers presume fans want to see star players on television. However for a long time criticism has been growing as most are dullards offering little more than the bland and obvious in terms of commentary. My preference would be for smart sports journalists to supply more of the analysis. The exception to the rule in recent times has been Gary Neville who has raised the bar in terms… Read more »

To give him some credit, what does Thierry know?
France – did okay, not too much to say about them;
English football – he’s been out of the game for a while and we were “Scoused” out of the tournament early;
Spanish football – as above but they went out even earlier;
North American football – most recent experience, turned in a good tournament but would you really want Titi to commentate on them?
I think he’ll be a quiet revelation on Sky, most likely arguing with Neville and Carragher about what defenders should actually do to stop an attacker.