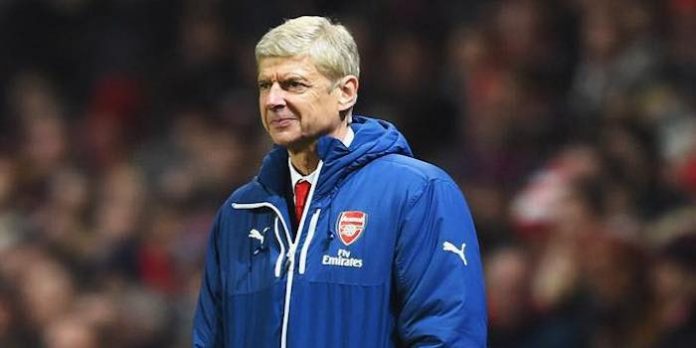 Arsene Wenger has hailed the qualities of new boy Gabriel, and in typical Wenger style hinted that he loves to unearth hidden gems.

It’s long been a trait of the Frenchman to find players that aren’t really on the radar and turn them into quality additions in red and white, and the Arsenal manager is hoping that’s the case again with the Brazilian.

“I like the players who come from nowhere and show they can adapt,” he told Arsenal Player. “From Brazil, he has then adapted to Spain. That means he has already made it and adapted in another country.

“He has good pace, he’s good in the challenge and he’s tall – so he can adapt to English football,” Wenger continued manager.

“Maybe it will take some time to adapt completely, but overall it’s very good to have him.

“He’s very ambitious, focused and serious. That’s important at a club like ours – you need to have a complete focus on your job. He has that.”

The boss cited the ongoing Achilles problem of Laurent Koscielny, as well as the injury to Mathieu Debuchy, as drivers for the January business, but it’s been widely accepted that the Gunners needed more defensive depth, and the former Villarreal man provides that.

We’ve yet to find out if he’ll be involved for the game against Villa on Sunday, but the sooner he’s part of the squad the better, even if he doesn’t necessarily play at first.

Well, he did came from his mother… *ba-dum-tss*

I think my career as comedian is over.

Just when I think you couldn’t possibly be any dumber, you go and do something like this…and totally redeem yourself.

God, i love you all!

I think i tried too hard.

its not over, you can go out on loan to lower division and build some playtime and confidence, and come back stronger, like a new signing…

Kieran or Nathan? It doesn’t matter, they both live up to the surname

If you want to smile, just check this picture – welcome to Arsenal Gabriel

Yep, I’m cool with clattering as long as we’re the ones doing it.

Isn’t it great how Arsene always surprises in the transfer windows? Bar a few players, we almost always end up signing a player that the media have no clue we are after. They only get a sniff only after we usually agree a fee. It really sums up how the rumour mongering by the tabloid newspapers are utter bollocks. Welcome Gabriel. I have a feeling you are going to get along just fine.

What, we’re not going to get Cavani?? That’s ruined this transfer window for me (unless we get Sebastien Frey, as we have been promised for ages).

But we’re steal re-signing Vela one of these days though right?…

Higuain is having a medical now…oh wait

Hater of Terry, The Scum, the Spuds and the Mug smashers

Welcome Gabriel, to the club of ‘2-3 weeks’ injuries. We hope you will be a new signing only once…

sanku
Reply to  Hater of Terry, The Scum, the Spuds and the Mug smashers

(with a shorter adaptation period, and without the mix-up with Szczesny at Wembley please)

Has arsene said we are done now for this window? I haven’t seen anywhere if someone has asked if we will be active again?

Hater of Terry, The Scum, the Spuds and the Mug smashers

Welcome Gabriel! We hope you will never be a LANS!

AW forgot to mention Gabby’s intimidating appearance. I for ine would not want to bump into this bloke in a dark alley.

Vermalaen came with such aplomb, lived up to the billing for a while and then it went pear-shaped for him.
Koscielny came in and has moved on from strength to strength.
Gabriel’s story will be like Koscielny’s. I am optimistic.

I think it was the style of Vermaelen that excited everyone and helped him do some good work for us, we were missing that aggression with Toure/Gallas/Silvestre all being back-foot kinda guys and the team generally lacking that steel.

Love that we now have that steel, and added even more attitude and aggression with Gabriel.

please don’t put kolo toure among the gallas and sylvestre that played for us. kolo with us was an incredible player. not back foot at all! Kolo from the Invicibles! check your history my friend!

Poor old TV never got over those injuries. Great first season though.

And another thing, it’s my birthday Monday and I’m not going to get a present of a new signing(s) then?? I though Arsenal were a club that follows traditions, so how come we are abandoning the one that we buy several players on the last day (including one or two useless ones), right up to the transfer deadline.

Not good enough, not happy.

We signed a CB so its all of our birthdays!

Mostly, though struggling to understand how people struggle with irony. It is my birthday on Monday (52) and am delighted with the Gabriel signing and that we have strong competition for each position in the squad, at last.

Should I add LOL or something after my comment for those that really think that I want us to sign some useless players on the last day of the transfer window, or any for that matter? See my Cavani comment above as well.

I hope Chuba takes this opportunity and works his socks off. Wouldn’t be a better time for him to get some playing time especially with only two direct CFs in the team. The guy showed great signs in the Cup game.
Suddenly our team looks real business with very few of them in the injury list.
Waiting for Wenger to confirm our transfer business for the window is over. You never know with the professor!

Isn’t the hottest new rumour suarez. So ridiculous. It is why I only depend on arseblog for transfer news

Well, it would create some capital for Barcelona to make another big signing in the Summer. If you have the memory of a goldfish.

When does their transfer ban finish?

Later than this summer.

We’re buying Suarez so they can buy Santi Cazorla per Xavi’s orders. They are hoping he is so small he won’t count as a real signing and therefore will not be subject to the transfer ban.

Per And Kos must be enjoying this new signing. They have held the fort for long time now and needed someone to come in relieve them form time to time.

To be honest I have no idea who this guy is, but he looks like a beast. No pun intended

Well said. I think FFP will also really make itself felt over the next 5 years. We still have room for improving our squad in our finances. Chelsea and City do not. The next time they spent 30 million on someone they don’t end up using (I’m betting on Bony to be that player for City), they can’t just get another 30 million man in in the next transfer window before they have recouped some of their losses. And they’re running out of unused valuable players to sell. They are at the peak of what FFP allows them in terms… Read more »

I hope chambers can challenge le coq for the dm role. as in i hope coq does really well and inspires chambers to also do well, not i hope le coq f’s up!

I think the transfer window business has been concluded by arsenal. Or is there anything else to do?

Well, we do have some open slots if some good last minute deal comes up. I think Wenger has deliberately left himself some wiggle room, just in case. We weren’t really going to miss Podolski in terms of him filling a regulat slot in the team (though I’m sure we’ll miss his cheerful presence on the bench), and the slot he leaves open could be filled by just about anybody in the next couple of days. We may well get nobody else in, but the potential is exciting.

I bet Gabriel be like “Gahd damn I thought I would make it through my career without having to wear one of those skin tight jerseys…guess not.”

If Villareal is where he comes from, on Saturday is he going to Villafake?

Well you may not agree but I certainly think Villa are faking it this season. They’re shit and we’re going to prove it on Sunday, and Gabriel is going to play his part in that.

With the signing of Gabriel we now have sufficient numbers for the first time in many years. This has been a project long in the making when Arsene realised the Denilson generation was not going to cut it. He started with Arteta to add experience and he has been an excellent signing for us steadying the ship. He added Per and Koscielny at the back. The rebuilding was complicated for many seasons by our financial restrains and the key departure of top players beginning with Nasri and Fab. In recent seasons with better financial clout, Wenger has added genuine quality… Read more »

It’s Gabriel, slithering in… And oh my gawwwd!!!!

One really does get the sense VCC is on the up.
I am patiently happy to watch this club piece by piece assemble to scare the living fuck out of our opposition.

We’ve got a Gabriel. May be we’ll add a Micheal on deadline day. (Don’t ever think it is Michael Owen)

When asked about Gabriel, Arsene talks a lot about his ‘potential’ Which means he’s trying to take any pressure off the player or he’s going to convert him into a small, speedy winger who’s prone to the odd torn hamstring