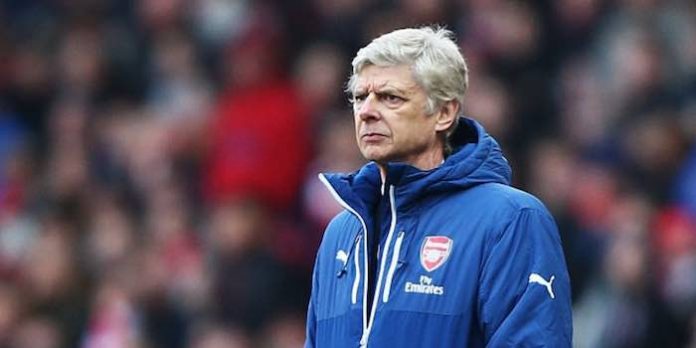 Arsene Wenger has hit out at the Premier League’s decision to start the new season on August 8th, bringing the start date forward by a week.

Indeed, should Arsenal triumph at Wembley on Saturday, their new campaign would begin on August 2nd at Wembley in the Community Shield against champions, and lonely-bus wankers, Chelsea.

With this season ending late, the early start means the summer is particularly short and doesn’t allow for much rest – especially when the Gunners also have players involved in summer tournaments in South America.

“Moving the fixture calendar forward deeply affects pre-season and I believe it is the wrong decision of the Premier League to start on August 8,” said Wenger.

“The players have played the World Cup, then you have no winter break, and when you reach the FA Cup final, you play on May 30, then the European players who are called up by their international teams play until June 14, then you start on August 8.

“If you count six weeks’ preparation, where is the time for recovery? As a manager, you usually have a bit of time to relax after the season when there is no international competition, but this year we finish at the end of May and start again at the end of June.”

“It takes you two weeks to just get out of the heat of the Premier League and then you have to prepare again.”

The Arsenal manager aimed a shot at FIFA too for the scheduling of the Copa America in Chile.

“I feel this competition is a bit too much. I will watch it, but with a little bit of fear because Sanchez has played 50 games for us and goes there again, having already played in the World Cup last summer.

“I am really surprised that FIFA authorised that. It is disappointing that they speak a lot about the health of the players, but when you look at the competition that is organised, this Copa America, and look at the date of the start of the Premier League, it is not reasonable.”

Unfortunately, FIFA won’t care. Let’s remember, they organise pointless, laughable tournaments like the Confederations Cup which are little more than money spinners for an organisation sitting on more cash than Scrooge McDuck.

All we can say is that forewarned is forearmed, and our summer preparations will be made in the full knowledge that this is going to be an issue, so let’s do as much as possible to negate it.

It really is ridiculous, and with Blatter set to remain the president things unfortunately won’t be changing for a while yet..

Let’s all just take a moment to remind ourselves…

I think his point about the Copa America is that it should have been next year.

OK, I couldn’t infer that directly from his statement. Even then why should the Copa change its cycle because a European mananger finds it disagreeable? I am sure the people of Chile would love to watch Sanchez play in front of them on a few occasions. You can’t deny them that.

The copa shouldn’t change anything. FIFA should recognise that a/ the game is a world game and align the football calendar to reflect that. World Cup – Free Summer – Continental Cup – Free Summer. b/ the clubs pay the players and should have opportunity to rest players ahead of a season c/ The european leagues contibute more to the world game than the rest of the world and should be treated as such- or there is a very real threat of a breakaway They should also have the African Cup of nations every 4 years rather than ever 2… Read more »

Whether or not that’s what he meant/implied, it won’t matter. Why would FIFA schedule 2 tournaments to run simultaneously, when more money can be made organising them this year and then in 2016? I think it’s also unfair to hold 2 tournaments simultaneously. It’s not like the rest of the world doesn’t watch the Copa America, or the Euros. As for the Afcon, I think weather dictates when it is held (winter). They ought to make it once every 4 years like the other tournaments. The confederations cup is an entirely pointless money-spinner, kind of like that intercontinental cup farce.… Read more »

Got it, this was useful. Thanks ! As a Wenger apologist, I find 99.9% of what he says logical. This was one comment I couldn’t agree with initially, but from the explanation you have given, it sure does make sense now.

Yeah but there’s like about 100 countrys in Europe and 5 or so in S America.

Despite being such an insignificant continent as you seem to imply here, they sure seem to be supplying a lot of top-level footballers whom you like watching

You’re right. FIFA should split up some of those countries.

Money ultimately ruins everything. It is gradually destroying football.

I feel that Wenger should have rested Sanchez abit in the last couple of games. For intance against West Brom be should have taken him off when we eere 4 nil up.

Thus why squad depth is so important…

Here’s to no more “sluggish”, “handbrake” and “we were lacking sharpness” starts for next season…

Tbh, squad depth isn’t the fault, it’s just down to wenger. Even if we had a 50-man squad of WC players, Wenger would probably still pick his best 11 and play them endlessly till one of them broke down on the justification that he does it to “keep momentum/build momentum/catch up to the rest of the top” (select which one depending on our league start). It’s just what he does. I mean, remember him telling us how Sanchez was in the “red zone” and how he needed a break, yet contrived to play him for virtually every minute right through… Read more »

Blatter is a cunt. Platini is a cunt. Dyke is a proper cunt. Owen is a total cunt.

He is a mega cunt. And John Terry is the cunt of the universe.

Remarkable restraint in not mentioning anyone associated with Chelsea. Although, I guess thats a given with the word ‘cunt’.

yes the world is run by people and greed who also abuse trhere positions financially, as much as we hate the idiots in charge, this is not so much new when we had 4 africans on the books who went to the Africans nations cup and left the squad depleted and struggling it was of Wenger doing it also effects same on all the big clubs more reason to get quality players in to cover which we have done now but we can always wish for more.

Step 1: Move the premier league calender up, give them less time to prepare, leave no room for rest and looool loudly at any mention of winterbreak (because back in MY day we played 40 games and we were REAL MEN).

Step 2: be stupifyed by decreasing quality of football in the league and poor english performance in the champions league

If people need more football to watch this summer, they should watch the women’s world cup.

All the more important that we avoided 4th spot!

Football would be better served by the demise of FIFA and its replacement by a simple administrative body. You could say the same thing for UEFA too.

Just read this morning’s blog. The owls are not what they seem, Mr Mangan.

It’s fucked over us, but (more importantly) it’s fucked everyone, especially Chelsea, who have like 8 brazilians alone, so could be worse lads

I think you forgot guys that next summer there in France is the Euros with 24 teams, not like it used to be 16.
On the other side if they play continuously then they need no preparation. Anyway it last for 6 weeks, it’s a waste of time why not play some tournament?!

Yeah well the calendar sucks. Maybe we can, you know, not go to Asia and have a proper training camp in Austria.

Let’s be fair about this. As Blogs implied, the clubs are also at fault. Many clubs will be in the US over the summer and Arsenal will be making a long trip to Asia. I think Blatter is as much of a cunt as anyone else here but when it comes to doing anything for money, the clubs are right up there

Why don’t they have the Euros at the same time as the Copa America AND the African cup of nations?