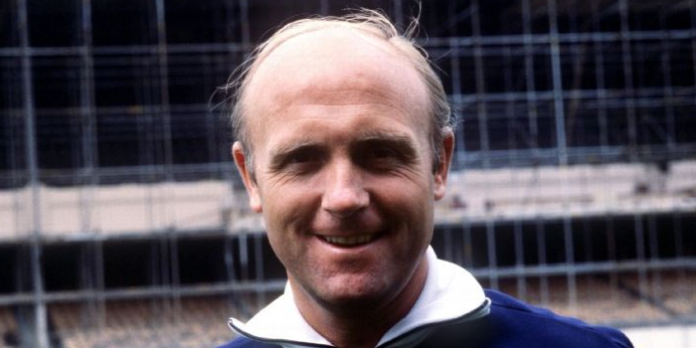 This column usually looks to the future and the players that could be turning out for Arsenal in the years to come, but on this occasion it seems more appropriate to focus on a distinguished figure from the club’s history.

It emerged today that Don Howe, who served Arsenal well in many guises, has died at the age of 80. Howe was an Arsenal player and a manager before later coaching at youth level, and he made a significant contribution towards helping many of the club’s young starlets get their careers off the ground.

During his time as manager, for instance, Howe gave opportunities to the likes of David Rocastle, Michael Thomas, Martin Keown and Martin Hayes, players who would go on to make significant contributions for the club in the years ahead.

Keown, of course, enjoyed much success after returning to Arsenal for a second spell, whilst Rocastle, Thomas and Hayes all featured in the dramatic title winning season on 1988/89.

Howe later coached Arsenal’s youngsters himself, and guided the U18s to back-to-back FA Youth Cup successes in 2000 and 2001, a feat that hasn’t been repeated since.

The team that overcame Coventry City with a 3-1 aggregate victory in 2000 contained players who would go on to represent the first-team in some capacity, such as Graham Stack, Moritz Volz and Jermaine Pennant, whilst Steve Sidwell, one of the most successful graduates of the Arsenal academy since its reformation, also benefitted from Howe’s tutelage.

Jay Bothroyd, meanwhile, saw his Arsenal career come to an abrupt end after throwing his shirt at Howe when he was substituted in the Premier League Youth Cup Final against West Ham United, but the forward paid tribute to his former coach today, saying that he owes him for all he has achieved.

In 2001 Arsenal overcame Blackburn Rovers 6-3 on aggregate in the FA Youth Cup Final, with players such as Jeremie Aliadiere, Jerome Thomas and Justin Hoyte making the squad, all of whom proceeded to make first-team appearances for the club.

Howe’s dedication to Arsenal’s youth system served the club well, but he was always committed to developing the next generation of prospects and he continued to oversee youth coaching schemes across the country after he left the Gunners in 2003.

Howe will be missed by all at Arsenal, and his work with regards to helping develop the club’s youngsters will never be forgotten.

A number of supporters of recent years would probably not heard of Howe but he steadied the Arsenal ship in the 80s when we were not very good. A well respected gentleman of football and known the world over. We owe Howe a lot for the Arsenal we have today.

It’s nice for such articles and insights. I was born in 1985 and am not exactly young and had been supporting arsenal since 2001. But still this name is still foreign to me.

As a North American, I have to say that I’ve only been really following footy for about the last 15 years or so. One thing that I find remarkable is, compared to North American sports, the knowledge of fans especially when it comes to retired players, team history/legacies, etc. The passion for a team runs generations deep at times, which really helps establish the culture of a club.

I had no knowledge of Don before today, but I’ve now read up on this site and others about his legacy. RIP Don and cheers to the Arseblog community.

Sad news… Don Howe gave great service to our club over the years. A proper Arsenal man… Condolences to his friends and family.

I’m sure the club will do something for the Cherries game.

Thoughts go out to his family. Arsenal man through and through, may he rest in peace.

May his soul rest in peace

Not necessarily an Arsenal legend, but was certainly responsible for a few.