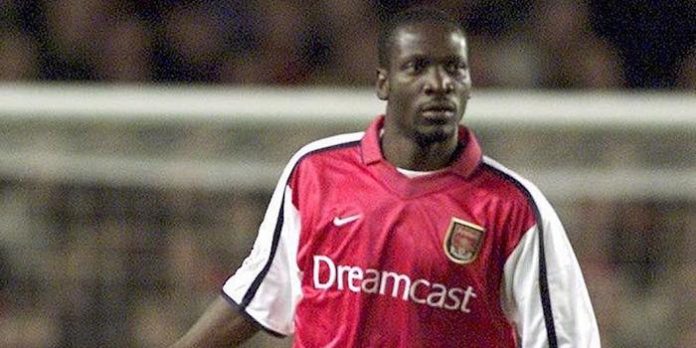 Former Gunner Lauren believes that Arsene Wenger needs to ‘mix it up’ a bit when it comes to signing players this summer.

After a season which is going to end without silverware, the Invincible right back said addressing some of the team’s physical deficiencies should play a major part in the rebuilding this off-season.

Speaking to Loaded, he said, “We need to sign different players, some in specific positions. Over the years, we have signed particular players: quality, good with the ball and intelligent. But we need to mix it up.

“We need to have a combination of players who are good with the ball, intelligent and quality with players who have a physical presence in some parts of the field – especially at centre-back and in the middle of the park.

“We need to make those sort of signings. It would help the team to achieve what they are looking for. If they put that together with the other factors, then the team will improve.”

He also mentioned his new found love of boxing, and said it has similarities with football.

“In boxing, like football, you have to face strong and difficult situations where people are demanding particular results,” he said.

Lauren, to whom Arsene Wenger recently compared Hector Bellerin, brought this kind of thing to Arsenal in his time at the club.

How we could have done with some more of that this season. Or this:

Bellerin plays up the return of dressing room discipline

Great tackle, would love to see some of our players do that.

Though given our luck I suspect they will either injure themselves or get sent off.

This video, and the picture of Diaby’s boot in John Terry’s face, are the only violence that I condone.

Come on, we can’t seriously look wistfully at that tackle and still argue that the tackles that do lasting damage to our players are war crimes. As it happens, we get it far more than we dish it out but that doesn’t make the tackle itself fine.

I think we’re alright on physicality, to be honest. The ability to focus, hold leads, not crumble under pressure etc. would be nice.

What do you mean? Gabriel does this all the time. I’d prefer if he won the ball more often but it’s a start.

A former player and part of invincible squad is more of a WE than all of us. However there are guys like Adebayor, Nasri and RVP who say THEY.

yeah, and fuck those guys

Where is Lauren currently?

In our hearts and minds

I think he does punditry for la liga games.

Brilliant RB who was a defensive mid before coming to Arsenal. Remember his pace and runs up and down the entire right flank more than the aggressive side of his game.

Truer words have never been spoken.

Couldn’t agree more. We had a great mix of skill & aggression in Lauren’s day.

Perfectly timed tackle. Nothing wrong with that lol

Such an underrated player and doesn’t get the respect he deserves imo.

Forget ’89, forget 97/98, 01/02, forget The Invincincibles, forget 5-1 in Milan, forget all Thierrys goals, forget “God”, forget Jack Wilshere vs Barcelona, forget THAT goal against Norwich….That tackle is the highlight of my Arsenal supporting life ? 😉

We need a Lauren Adams Keown Gilberto in there, the only player we have with balls is Sanchez and Campbell at the moment and the latter doesn’t get used enough ?

I think some of the invincibles should be brought in to advise on the players we should target.

There needs to be a lot of transfer activity in the summer.

How long have we been crying out for physical players in our team.. the hallmark of the invincibles was physicality and skill, now we seem to only have skillful but lightweight players which makes it easy to crumble under pressure. It’s difficult to believe we still have the same coach then and now

Love the woman at 13 seconds in the crowd on the right breaking her hole laughing! Good times!!

Lauren ! Absolute quality (we need to mix it up)!

I love Lauren and we need more players like him. I cannot accept though that that tackle on Ronaldo should be a good one.
We moan about other teams injuring our players,and rightly so, but then we cannot accept such behavior ourselves. We should set the bar higher and keep standards of behavior higher. We need more physicality and more fight, but definitely not more violence and unsportsmanlike behavior!

Yeah, I don’t understand this website referencing it like a gold standard for defending. Sorry Blogs, but it’s not funny. I’d have loved to see Lauren get the ball and still tumble Cristiano.

If you don’t understand, that’s fine. But I still love it.

He never touched him.

None of thesepundits and ex-players have 1) Ever managed a club 2) Been involved in any transfer market dealings yet many deem to listen to them hook line and sinker. Spending seems the solution to everything when clearly it isn’t. Leicester and Spurs have bucked the trend this season where these same pundits have at start of season said it was Chelsea’s to lose and then later City’s because they spent ‘sensibly’. Spending sensibly by which they mean 102m quid on two players alone neither of who settled particularly well and cost City momentum. Knowing that we need to spend… Read more »

We defintely need 3 positions to fill : !) Striker. I think Walcott has been erratic. At 27yrs, his best asset his pace will start to wane. He does not offer enough beyond finishing. We can still fetch a hamdsome price for him now and free up the wage bill. Wat we do need is a creative player up top. Giroud’s game will improve since it isn’t based on pace. He also offers a lot more as a pivot even when he isn’t scoring as he is effective bringing in the second line. Welbeck has a good combination of Girou’ds… Read more »

‘If they put together with other factors’. New manager?

Such a tackle would have won us the game against Crystal palace.

Warrior was Lauren, just what we need right now.

We need more of that in today’s squad of pretty footballers too easily bullied both mentally and physically from being championship winning winners.