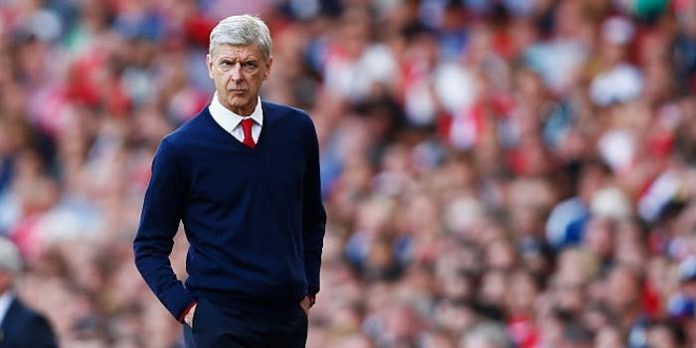 Arsene Wenger says that Arsenal have to finish in the top three to make their summer one that isn’t overly affected by international tournaments.

The European Championships are the main event, but there’s also a Copa America to contend with, and the Arsenal manager is keen to avoid a qualifier in the early part of the season.

With the influx of TV money, the financial impact of the Champions League has been lessened, but he still wants his team to aim as high as possible in what’s left of this season.

“Top four is not Champions League, top three, yes,” he said. “That’s why it is important. What has changed over the years is that the impact of the finances in the Champions League is not as big any more. For a period in the past the money was vital.

“But the sporting impact, the planning of the next season, of course it changes completely, especially when you have a big summer tournament like the Euros which is now like a World Cup. When you have to play Champions League qualifiers the European Championship is still going on.

“You can play teams in the qualifiers who are in the middle of their league championship because they have started already in June. We are not guaranteed a top four and we have to fight for that.”

Arsenal will have plenty of players away at the Euros, so anything that avoids a qualifier is obviously a benefit.

Arsenal 4-0 Newcastle: By the numbers

Getting our excuses in early for when we fail to sign somebody.

It would be delicious though if Citeh get 4th, lose in the CL final, and then fail to qualify for the CL under Pep in his first 2 games in charge. A man can dream…

This kind of statement worries me, makes it look like there is no plan and all will depend on automatic qualification to CL group stage and how far certain teams advance in the Euros. Get it fucking sorted early and don’t mess about

Getting the excuses in early this time…

Why you people still ‘believe’ in this man when clearly we’ve been lied to on many occasions is astounding. Aiming for top 3?! There is a distinct lack of ambition at this club and many of you continue to perpetuate it. Ask yourself has Wenger and tbe club done everything in their power to make us great again? Qualifying for the Champions League to get knocked out in the last 16 is not anything to be proud of. For the morons that think I have a sense of entitlement I’ve been going to Arsenal since 87. I’ve never been as… Read more »

what do you mean, “you people.” (mock indignation tone).

“Qualifying for the Champions League to get knocked out in the last 16 is not anything to be proud of.”

While I would love to have got further in the champions league, there are millions of fans out there that would love to see their team even qualify. So I gotta say I’m proud to be a gooner and get to see the team I support play against some of the greatest players to ever grace the game.

While I do agree that there are millions of other club fans dreaming their team to qualify to CL, I do believe we should aim higher than that rather than content of what we have achieving on the past few years in CL and PL

Yes but we pay for that ,it’s the bare minimum and everyone else that’s paid anywhere near what we pay for it has either won the title recently or CL ,this argument used to be settled by the answer at least we play the best football,now? Not so much

why? every time we crash out of the last 16 it seems to demoralize the team and we crash out of the title race. one precedes the other. if wenger isn’t serious about winning the champions league there’s really no point in being in it…other than to put his team and the fans through the humiliation. actually i don’t even care. wenger out.

Why are you proud to see us play and get hammered by the best? You write as if we’re Leyton Orient. We’re the third biggest club in the country and one of the richest in the world.

That’s interesting, H2k because a lost of us are simply fed up with being in that competition just to get second in the group then knocked out in the last 16. Have you not noticed that when we have a chance of winning the group our better players are rested, we drop points, and end up coming second where we get knocked out by a group winner? It’s all a money making scam to get so far then out so we can concentrate on that valuable 4th place in the Prem again.

Let’s give him next season only with buying players but if not, we will fire him even in the middle of the season

Well I don’t think Wenger aims to “only qualify to CL and make it to the last 16”, where do you get that? There is no doubt he is doing everything he can to end his career with a PL or CL title, unfortunately Some of his choices aren’t working out atm but to accuse the man of lack of ambition seems weird.

Exactly. People tend to confuse themselves. Top 3 does not mean that is our ambition or Wenger’s. That is a MINIMAL finish. For 2 decades, that is remarkable consistency and a very high finish. But we must punch higher. The most frustrating thing is we are not far away. Clearly as Leicester have proven (and to many extents City and CHelsea), spending alone is not the be all and end all. We have also seen through some incredible youth products in Coquelin, Bellerin now Iwobi. Campbell has also done exceptionally well for someone most considered not good enough for Arsenal… Read more »

I suppose 2nd place is still possible, but that team has been in really good form of late. Third? Well we play the Mancs 2ND last game, so it’s a 6 pointer. And has anyone considered if that Merseyside team happens to win the Europa league, that may take away a 4th place CL qualification spot? It happened in 2012 to S*us when Chelsea won the CL but finished 5th in the league. And what if the Mancs win the CL but drop out of the top 4. Does that mean only teams 1 & 2 qualify by virtue of finishing position? Faaaaarrrrkkkkk……

All these years spent building a stadium through sweat and tears, qualifying for CL each year just to see the money used to pay off the debt, for what? For CL qualification to become less significant because of the TV deals, and for West Ham to get a free stadium. Great, just great.

Do Liverpool further complicate the issue

Could only the top 2 only qualify for UCL?

If Liverpool win Europa League and Citeh win UCL, both qualify for UCL. Does that take away 2 league qualification places therefore meaning only top 2 qualify?
Would make the celebration of St Totteringham day even more important !!

are we the only team to get knocked out of round of 16? no, their are still some big teams that didn’t ever reach that stage, so am proud to be a gooner

So the height of our ambition is to finish below Leicester and spu*rs…..

It’s the reality right now mate! Ambition has been postponed until next year.

To be fair he is merely talking about the end of this season and the importance, despite our disappointment about not being top, of finishing as high as we can to avoid CL qualifiers which always mess up the start of the season.

He is clearly not saying 3rd is all we want ever.

You do realise that it’s been over a decade since we finished higher than 3rd.
Clearly unacceptable for a club of our standing.

What, don’t tell me Copa Americas on again, Alexis won it last summer. I was really hoping that he would have a summer break, then come back while everyone else was recovering from the Euro’s and rip the prem to shreds

Hope am the only one thinking with more money, even top four is no more a target. After all we will still make money champions league or not. I understand some fans will kill to have their teams qualify for CL but for crying out loud, WE ARE ARSENAL not Sp*rs.

i guess all the players will be knackered having no summer break all the players he’s been watching will have a blinding euro and price goes up by 10 million so wont pay and all the other top top top players will be unavailable, seems a trend every year getting in the excuses early hoping it will nullify us again into submission of failure, then having to play the youngsters hoping apart from iwobi to make the grade its getting boring boring Arsenal and thats when we went 1-0 up and won games on it during the george graham era… Read more »

Tis an underwhelming season when considering last two seasons us adding the cup to our minimal standard and that this season we had a good shout at winning it plus Spurs may well finish ahead of us for the first time in two decades. In perspective, it is still a decent finish in third. But we need to show improvement. Those that criticise Wenger in market and at the same time laud the likes of Gabriel or Elneny should do well to remind themselves who bought those players or promoted the likes of Campbell, Coquelin, Bellerin and Iwobi. Clearly the… Read more »

I think Shearer also had a try at Newcastle…. Worked out well 😀