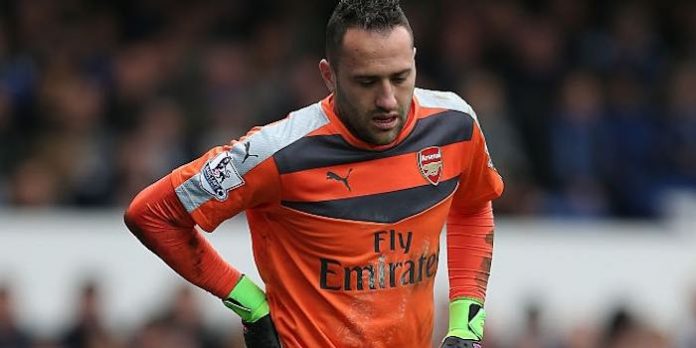 Besiktas have confirmed they are interested in signing Arsenal goalkeeper David Ospina.

The 27-year-old was a target for the Turkish c back in December only for Arsene Wenger to block the move.

According to Turkish Football, Besiktas’ sporting director, Gokhan Keskin, told local radio station Radyospor: “Nothing has been agreed on yet but we are targeting Ospina.”

Ospina, who is currently preparing for the Copa America in the US, spent the season as back-up to Petr Cech and is likely to command a transfer fee in the region of £3 million.

It’s likely that Wojciech Szczesny will be invited back into the fold at London Colney should the Colombian leave.

Given Besiktas’ reputation for happily linking themselves with every player going, we’re still getting the poo-o-meter out for the lads.

3 million sounds really cheap in the world of goalies, how much did we buy him for?

If he’s been playing at the top level as he has for us, then yeah, he must be worth a bit more. Few years on the contract, too.

If we paid 4 mil for him, and then he got nominated for the ballon d’or(long list) while playing for us, how does his value decrease?

How long does he have left on his contract?

He is a class keeper, just not as good as Cech. Deserves to be playing every week, and that can’t be with the Arsenal, so good luck to him.

He’s worth more than £3m though.

I feel like £3 million is far too little to recoup for a top class, full international goalkeeper with Champions League experience. Surely we could barter a better deal, even if we are flush with goalkeepers.

Who ever thought we’d be flush with goalkeepers

Just need to be flush with strikers now 🙂

His record for us is really impressive, nearly as good as Cech’s and in some aspects even better. Wouldn’t be letting him go for anything less than £10m even if it meant keeping an unhappy goalkeeper around, he’s likely to be a lot less outspoken and disruptive than SZCZ will be.

Best back up we have had for ages so we have to keep him. There is no guarantee Cech wont get a long term injury next season and I would be confident enough if OOOOOspinaaa was there to cover.

Sell Ospina, Szcz stays out on loan for another year then comes back the following and have Emi as second choice for this upcoming year.

Emi looked rather good the few times we saw him 2-3 years back in the Champions League and the few league games before his loan.

Where did the £3M mark come from? There’s no citation or anything, did the author pull it from thin air? A quick glance at transfermarkt.co.uk shows his assessed value at £6M which still seems low but definitely more reasonable.

cheapest and most effective summer transfer plans by balancing out, get mikhitariyan-1 year left on his contract 20-25mil, sell walcott 20 mil, get manolas or koulibally 20-25 mil, sell debuchy and szczesny for 15-20 mil, finally the unavoidable cost of elte striker 40+ mil. replace ospina if he leaves from the money acquired from his sale. total net spent 5+10+30(xhaka)+ 40— 85 mil and we are ready

Sorry mate, I appreciate your optimism but if by elite striker you mean the likes of Higuain, Aubameyang or Lewandowski, it ain’t gonna happen.

If by elite you mean the likes of Lukaku then a good chance, if Wenger forks out.

Vincent Aboubakar seems like a great shout, fast, strong and tall, a prolific Welbz without the defensive contribution.

34 goals in 64 games for Lorient and Porto

Interested by what you mean by playing for a team like West Ham? Playing style or quality?

The best we can hope for is a striker with, or close to, a 1 in 2 rate, but who is young enough to still develop his game further.

He’s a mobile option- good for counterattacking and attacking with speed, and our build up play is too damn slow- theres a time and a place for it

No worries – I wasn’t having a go, honest! Yes, I was meaning his style (or lack thereof). He looks quite clumpy and not particularly compact. We need someone who’s going to be able to operate in tight spaces, which I don’t think he will be able to do – he looks all power and no technique. I can’t see him snaffling up half-chances when there’s 10 men between him and the goal. I’m getting desperate myself – looked at videos of Gabriel Sabrosa on the basis of Arsenal Fan TV (!) earlier. If only youtube videos were an effective… Read more »

That should be Gabriel Barbosa – not sure what I was thinking there.

No offence to them, but he can do so much better than Besiktas.

3 mil? I’d say 10-12 mil really, the guy is class and unfairly lambasted during the first half of the season bearing in mind he’s a seasoned international.

Seems likely Ospina’ leave but is Wojicech prepared to be an understudy? Said he was happy to go on loan to Roma again if both parties agreed.

Good luck to Ospina if he does leave, wouldn’t blame him.

I bet we could get at least 10 mil from Everton, they are in dire need of a keeper

3m is perhaps a little low but we bought him for 4m after a succesful world cup. Now he has been sitting on the bench a lot so I dont think 10m is realistic.

Ospina is a very good goalie but when Szczesny returns, he’s more than likely to be shipped out.

I would rather keep him, if the offer is only £3m.

Just hoping Sczcesny comes back. Really like him and think he can learn a lot from Czech. Also think he will be great one day.

Best backup goalie we’ve ever had as far as I can recall. Hardly made a mistake, and he’s played quite a few games. He may not have the presense of Cech, but his reaction time is incredible. If he does go, I’ll wish him all the best and hope we get a decent backup (not convinced Woj is willing to sit around and be that backup). At any rate, why would we even sell for £3M? To a club with our economy, that sort of sum is hardly mouth watering. We’d be doing it exclusively as a favor to Ospina… Read more »

Is everyone an expert on transfer fees these days?

I don’t really care what we get for him. Either we sell him or keep him. But the money involved makes little difference to me.

I had a dream that Wenger bought Morata,Higuain, mikhitariyan. I couldn’t be happier when I woke up

I’ve never heard Ospina publicly complain about his situation. He’s a quality keeper. Perhaps he’s ok to be #2 at a big club like Arsenal rather than being the #1 for a regulation side. No one knows. He nor his agent have said anything. How refreshing is that!? Cech is the man. Anyone who is an understudy to him must realize that. Buy the man is getting older and may be more injury prone now so having a quality #2 is essential and maybe Ospina is happy to play that role. Playing Cup games, being understudy to one of the… Read more »

There are reports that Ospina is happy at Arsenal and i think it’s true, but truth be told he needs regular game time which we cannot afford at the moment. it will better to keep him for yet another season, as we benefited from his experience last season when Cech got injured.

Maybe many people will disagree with me in this but I think Cech is slowly showing some signs of what happened to Casillas, just look how he left Real Madrid and how is being criticized in Porto. With more years, Cech is tending to make more mistakes that we have never seen before with him and I might be wrong, I really hope that, but if I was Wenger I’d be tempted to keep Ospina. He’s more than many people think.