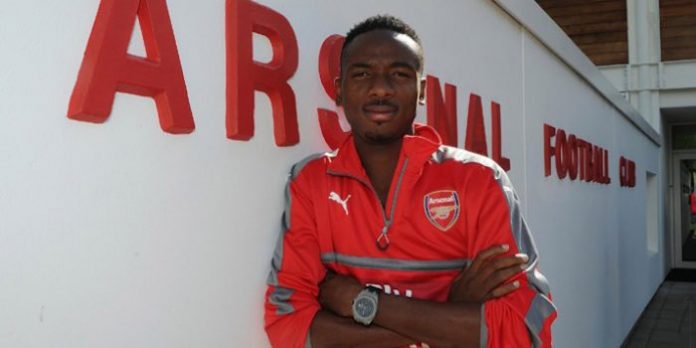 Nigerian youngster Kelechi Nwakali has joined Dutch side MVV Maastricht on loan for the 2016-17 season.

The 18 year old officially joined the Gunners this month, after protracted negotiations which seemed to drag on for months.

He shone at the U17 World Championships last year, putting him on Arsenal’s radar, but a loan was always going to be on the cards for this season.

MVV coach Ron Elsen said, “Kelechi is a multifunctional attacking midfielder with scoring ability and a nose for the ‘final pass’.

“Arsenal want him that to develop through playing at at senior level … in competitions where it really matters.“

Mastricht play in the Eerste Divisie, the second tier of Dutch football, and Kelechi will join Arsenal teammate Stefan O’Connor in Holland after his move there earlier this month.

Anyone heard anything about Sanogo?! What’s he going to do this year?

I think Sports Direct are hiring, he’ll be okay.

One of the tabloids reported that Wenger blocked a Sanogo loan to Leeds United — just in case we need him.

Lol he does look older dont he

Sanogo is injured. And I felt Mustafi looks a bit older than 24 too!