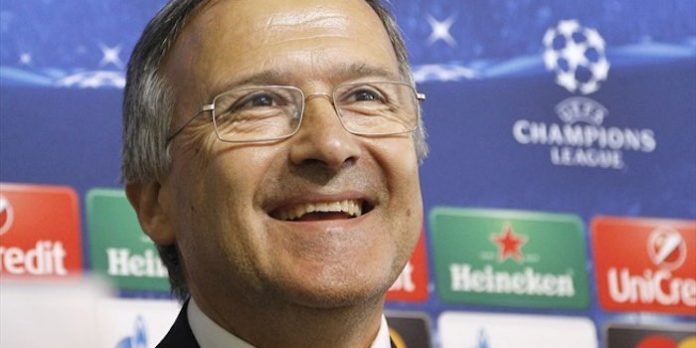 The Bulgarian side are European minnows on this stage, but Dermendzhiev says, “‘Arsenal are favorites, maybe even for the group. But you know, our team already has enough experience.

“We are not worried, and not afraid of these teams.”

The Ludogorets wasn’t being provocative though, and had words of praise for Arsene Wenger’s side.

“For 20 years, they are always in top four in England, they always play in the Champions League. They are a very good team, and this year they are even better than the previous ones.

“They are doing well in the Premier League, as well as in Europe compared to last year.”

Meanwhile, Dutch winger Virgil Misidjan was full of confidence for tomorrow’s game at the Emirates.

“We are not scared by Arsenal. We have what is needed – the qualities and the good players.

“I think they should be afraid of us, we can surprise every team.”

Having had some difficult games against so-called ‘lesser’ opposition in seasons gone by, Arsenal won’t be taking anything for granted tomorrow night.

Thanks to Arseblog reader Ivan for the quotes from Bulgarian media.

Wenger: Perez has an eye for goal

Fuck them with class!

Have a look at yourself sunshine

If santi actually said that, that would be comedy gold haha because it’s so out of character

I saw the headline And I said

“I think you should be worried”

“I think they should be afraid of us”
You do know sir, that we are The Arsenal.

We will surprise you.

Let’s hope we don’t surprise ourselves 🙂

Article went up ages ago and I was only notifed now! I wanted to comment ‘first’ 🙁

Fin
Reply to  Get bent!

Reminds me of that scene in Scarface.

“I’m not worried, YOU should worry!”

They won’t know what hit them. #COYG!

What’s he supposed to say?

“Arsenal tomorrow? I think we’ll forfeit and save ourselves the bother”

With hindsight they may as well have done just that after the dicking we gave them.

15 minutes into the game they will stop and observe football masterpiece. Just like Basle did, I tell you

We need to come out at a very high tempo and press them all over the field for the first 10-15 and get a goal or two and make the night miserable for them.

Am I the only one to think that all tonight games had a Europa league fell to them?

I agree. I looked at the fixtures and not a single one was worth watching. Didn’t bother.

He’s confident but not unrealistic and not disrespectful either. Nothing wrong with that. I watched Malmö last year and although vastly outplayed in most of their games they were a joy to watch because they were fearless against all their opponents. Even Real Madrid.

The best of luck to Ludogorets tomorrow and may we stuff them good and proper.

Don’t wish your opponentthe best of luck when they about to face you. You don’t wish the any luck what so ever for that matter.

Wishing your opponent good luck is sportsmanlike. What’s wrong with that?

“The best of luck to Ludogorets tomorrow”

I admire your chivalric attitude, but do you want us to hit the post 6-7 times?

I want us to stuff them good and proper.

dilligaf
do i look like i give a fuck?

“Arsenal won’t be taking anything for granted tomorrow night” [we hope].

Your worries comes after 20 minutes

I guess it will be even easier now

Hopefully Arsenal won’t be expecting them to roll over, either. Maybe some tertiary rotation and getting Lucas, Ox and Xhaka in, possibly Holding.

If Xhaka starts (and I’d suspect so considering the league situation) hopefully Elneny slots in alongside. Excellent chemistry v Forest and I think Cazhaka is a little “too many cooks” for my liking…

i hope lucas and elneny gets a chance. i so want to see how lucas turns out

It’s all sound bites. You can bet they are all actually very worried.

I’ve got a lot of time for Ludogorets, I think they’ll give us more of a game than Basel did.

Very slippery because our fantastic side has shown that they sometimes switch off facing “lesser” sides. 100% focus and we’ll bag them nice and tidy

We are not worried about you either so there!