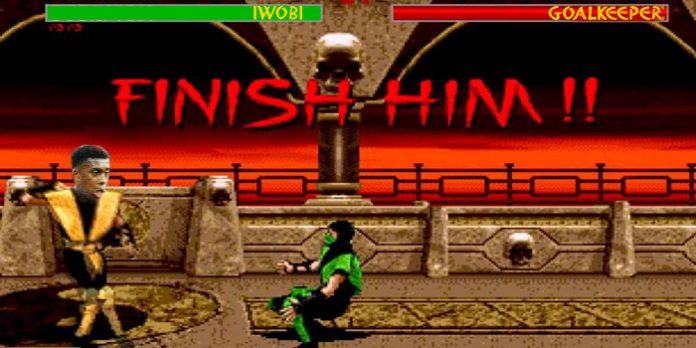 Arsene Wenger says Alex Iwobi has everything in his locker to be a number 10, he just needs to improve his composure in front of goal.

The Nigerian international has predominantly played out on the left wing this season but started Arsenal’s EFL Cup win over Reading in the position traditionally filled by Mesut Ozil.

“You see, he is not a typical winger and I think he can play in that role,” reflected Wenger after an encouraging showing by the academy graduate.

“He turns the game forward, he passes the ball through the lines very well. He has a final ball in him. He is now a little bit, I think he has it all in the locker to pass and give the final ball.

“What you want from him now is the finishing, you know. That’s still a little part that is missing in his game. I think he is too nervous at the moment when he has the possibility to finish.”

Iwobi scored twice for the Gunners in his breakthrough season and will no doubt be looking to follow the lead of Alex Oxlade-Chamberlain and Theo Walcott, two players who’ve been in a purple patch in front of goal recently.

The Ox, who scored both goals last night, says he’s benefitting from the buoyant mood in the camp with Arsenal now 13 games unbeaten.

“I think the spirit is really good in the team,” he told Arsenal Player.

“Even when we drew to Middlesbrough on the weekend, it was almost like we lost the game and it shows how hungry this team are to win and we’re in a spell where we feel like we should be winning every game and we can win every game, so that’s a good thing. So I think it is really positive at the moment and the team’s got a lot of confidence.

“I know from my personal point of view, I’ve got a lot of faith in the team and what we’re doing as players and I believe we can do good things this year. But there’s a long way to go. But as you said, the positive vibes around us are really important. We need to keep the momentum going and put them to good use.”

Keep scoring Ox, 15 in the season would be great.

It will come for Iwobi, just needs time.

I’ll get my coat.

So far so good, and I think if the fans, more so at home, stay with them and don’t boo them when we lose…because it will happen, they will fees off that and help out team to achieve something. It works both ways. COYG

It was a good game,overall but it was particularly a joy to see Jenko play as if he hadn’t missed a minute of football. I hope he continues his progress. He’d be more than a decent backup to Hector from what i saw yesterday. And I also hope we go further in the EFL Cup. It’s a very important platform for most of our reserve players.

The positive thing with Iwobi is unlike Campbell where you knew exactly what you got, Iwobi has far more potential which as yet has not been reached. The more he plays, the better he will become. The goals will follow and I’m not worried about how long that takes. We have enough around him to bang them in the net right now.

I think that’s the reason why wenger let Campbell goes on loan. He valued the potential from ox walcott to be more than the consistent output from Campbell.

Politely disagree. Campbell was slightly more unpredictable up front, yes, but that also had a good impact in that he could mask a killer pass or dribble past a defender simply because his game wasn’t obvious. His defensive workrate was also far, far better than either of the wide men we have. I’d have kept him for sure and rotate him with Iwobi on the left. Let Walcott & the OX battle for the right wing.

Let the winning streak start all over again……by the way laughing at those chalks at white hat lane..the last time checked, Mourniho is still a cunt…..

Must have been a long drive home last night from Liverpool!

I thought Iwobi did pretty decent frankly. He put in some great through balls and he kept the ball well, won it back aggressively a number of times. His quick feet and skills helps him thrive in that central area and I thought he was ably supported by the enthusiastic Maitland Niles. Together, they bossed the midfield for us (not Elneny) Ox to me was aggressive in his run (as he has been) and I simply like the way how tough he is. 5 goals this season! I’m not sure whay people are complaining about. He’s different from Iwobi. COmparing… Read more »

Iwobi is a good player for me,just as ozil has improved in scoring he will also

No more I wobbly shot my lad iwobi