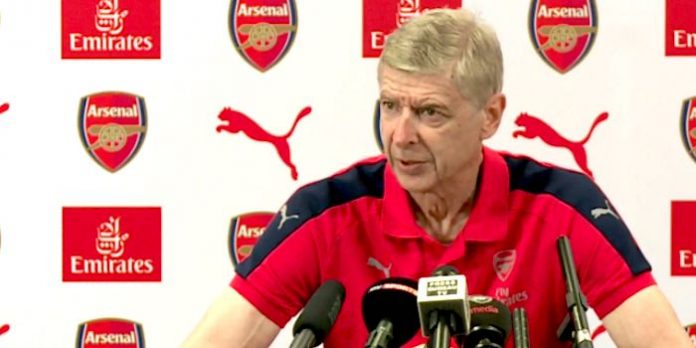 Arsene Wenger has confirmed that Lucas Perez will be out of action for 6-8 weeks after the Spanish striker suffered an injury during the 2-0 win over Reading in the EFL Cup on Tuesday.

The £17m signing from Deportivo la Coruña was fouled by substitute Danzell Gravenberch and the damage to his ankle/ligaments will see him miss a busy period for the Gunners.

“Hopefully he’ll recover, but he’ll be 6-8 weeks out”, said the boss. There are also uncertainties around Theo Walcott, Nacho Monreal and Santi Cazorla, all of whom will face fitness tests today to see if they make the trip to the north-east.

In better news though, Olivier Giroud is back in contention after his run-out in midweek, while Aaron Ramsey is in the squad for the trip to Sunderland.

Asked if the duo might come straight back into the starting XI, Wenger said, “I have to be a bit cautious, especially with Aaron Ramsey.

“He has only had one week with the team so I will have to see.”

Get well soon Lucas, we need you during the Xmas crunch

could not agree more. Ref is also a top bellend for not even booking him!!

also for the love of sweet baby Jesus, please don’t start Rambo. He should be coddled like a new born

@Shiva… please don’t start Rambo period….. too messy, no spacial awareness… and lacking in technique…imo… controversial but there you go and …..

Fucking hell. Jaap Stam is a twat – subbing a defender for a defender to be ‘more aggressive to the winger’ is hardly necessary when you’re 2-0 down. Big fucking oaf should get on a rugby field instead.

… and Xhaka got a red card AND a three match ban for what again? At least we got rid of the red card AND penalty in one fell swoop. Sort of …
Sorry for the rhetorical comment.

It’s not even November yet.

Maybe play ox in the middle, move bellerin up to right wing and let jenko be fb.

Wenger said that Walcott has a minor hamstring issue. I think if there is any doubt, then he needs to be rested. The OX and Iwobi can play on Saturday. Don’t want him being out for a spell at the same time as Lucas.

I am also from Belfast and I agree with this comment.

Uh oh. I was going to say please don’t play two CDMs again tomorrow but I don’t think Wenger has much of a choice if Cazorla is out and Ramsey will be on the bench…

off-topic, but I was very impressed by Ranieri’s response when asked about Wenger’s view of 86 points being enough to win it.
“i’d say less than 86 points as there are many teams competing. But if wenger says 86 points, he’s right. He’s the boss”

I bet you’re not.

You mean like people who try to imply that feminizing someone’s name is an insult? I despise mourinho too, but see no need to insult womankind with that unfortunately common (in these parts) locution. Women deserve better than to be associated with him.

Reading cunt injuries an Arsenal player bad enough that he will miss 8 weeks he doesn’t even get a card.
But alas it has always been the way Arsenal are top of the pl and are in a good run of form so it is open season on our players.

Injury gods please take things easy….. Not too many players out at the same time. Am looking forward to when those plastics refs will be replace by iron’s robot. Let the winning streak continues again…. Nothing less than that 3points

I can’t seem to recall Monreal picking up a knock or injury in the Boro game. Maybe this is a sign that Arsene is giving Gibbs a chance by starting him against Sunderland? If Cazorla is not available, he can play Coq + Ox (I really think it’s an interesting partnership) or Coq + Ramsey (but don’t try to over play Ramsey as he eases his return to first team action). Theo facing a late fitness test might mean that he’s giving Theo a rest, and start Alexis on the wing, with Giroud up top — you know, the type… Read more »

We’ve done the Coq/Ramsey thing before and it doesn’t work at all. Neither are very good at linking play from defence into the forward players and the football we play is very disjointed (an upgrade on, but not disimilar to the Ramsey-Flamini partnership from last year). Would genuinely rather Coquelin and Elneny than that. Of course the ideal situation would be having Santi back though. Too early at the moment to see how Rambo will fit back into the side imo.

@sean… absolutely agree with your point above…

Personally given santi’s importance I’d rather rest him and play coqneny.

I think it will be Coq-Neny with Ox out wide covering for Theo.

Olivier will be the impact sub of the game!

Concur with your first sentence but would prefer giroud sanchez ox for the front 3. Big man needs a real game.

“Hopefully he’ll recover” – glad to see Wenger remains as optimistic as ever!

I thought that “hopefully” comment sounded pessimistic – like I hope he recovers but looks like another Eduardo situation!!! I hate cloggers and think players should miss as much football as the player they injured – that would make them think twice about being a scumbag!!!

On the bright side, Santi seems to be close to a return.

Now that I have that out of my system, Sunderland will be their usual level of threat tomorrow but I back Ox to come in for Theo and build on his momentum from Tuesday.

Well said. Of course, every time I hear/read “now that I got that out my system” all I can think of is phife dawg following it up with “watch me stab up the track as if my name was oj simpson”. RIP.

The team has better depth than ever before, except up front. I’m more than confident about our midfield. One could argue however, that even if every one of our forwards were fit, we still need another top striker. At least we should get Welbeck and Chuba back in January. We certainly can’t afford another injury to a forward.

I’m tempted to agree with you.

Just imagining us trying to break through the bus to no avail for 71 mins before we unleash Giroud who won’t have enough time to make his mark.

I expect Sunderland to try to sit deep and follow the Middlesbrough template.

Giroud will be chomping at the bit.

I think, given how well we’ve performed pre-Boro, I’d keep Giroud on the bench, trust that the speed of passing combinations between our front four will be enough for the breakthrough in the first half (especially if Santi comes back). Then, once Sunderland have to come out and chase the game, we’ll murder them on the break. But if things aren’t going too well, a la Boro, I’d bring Giroud on earlier than Wenger tends to with his subs: 60 minute mark at the latest.

Injuries? Just in time for NOvember.:D I mentioned it should not be a case about this player better than that player so he should start etc. We need all our players to be up to level. Its not a question of Iwobi or Ox. BOth have attributes to bring and we will need to rotate. Glad to see Giroud back and I thought he had great movement in the box and proviwell in his short time on the pitch. Almost scored a goal courtesy of an excellent Elneny cross but illustrates the sort of direct threat (especially) in the air… Read more »

Luckily Chamberlin is in fairly good form and can step in for Walcott and having Giroud and Ramsey on the bench will be a big boost. If Santi can’t play have to expect to see Elneny in there again with Coquelin. Gibbs can certainly cover Monreal. Sucks for Perez and us as he will be far behind after 8 weeks out and at that point will have Welbeck returning to compete with. Looks like a lost year for him unless we have more injuries up front.

Good thing Giroud is back. When those teams come to the Emirates and won’t come out he can come in and ruffle them up for us with some muscle and brilliant headers