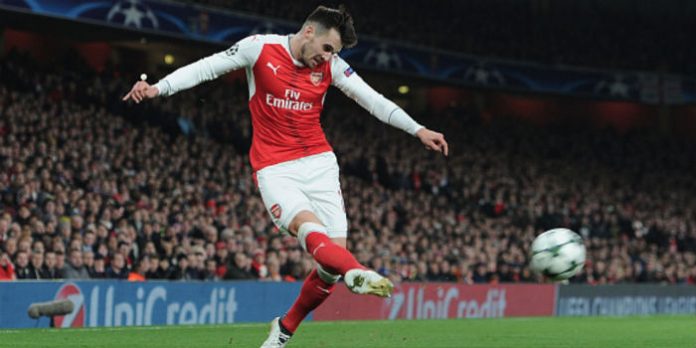 Boss Mike Phelan wants to boost his defensive options as the Tigers look set for a relegation scrap in the second half of the season, and he’s targetted the Arsenal man as a way of doing that.

However, he’s not the only one making enquiries.

“He’s been spoken about but there are a few others in the hat for Carl,” he said.

“I would love him to come here. I’ve spoken to staff at Arsenal and I’ve been encouraged by it.

“But I realise that there are other clubs interested in Carl. That’s where we’re at, nothing definite has gone ahead.”

The 24 year old has had a difficult time since coming back from a cruciate knee ligament injury, and was unable to hold down a place even in the absence of Hector Bellerin.

It looks like a loan spell ahead of permanent departure in the summer is where it’s at for him. Let’s see what happens.

The desire of Mathieu Debuchy to leave in January also complicates matters, as he revealed his relationship with Arsene Wenger is little more than cursory these days.

The great Arsenal January clear-out of 2021

Nice bloke, not good enough for us. Out of his depth at the high end of the Premier league.

Love his character, and seems friendly. Definitely not good enough, unfortunately. Just seems to panic as soon as the ball is near him. I think going back to West Ham would be a good move for jenks!

Very sad to see Carl leave as he’s a Gooner to the core, but sadly he hasn’t been able to step up to the necessary level. If only, if only …

If he does leave, I wish him nothing but the best.

It is best for Jenks to leave. He is a very good and committed lad but unfortunately, he is not upto Arenal standard. Moving will be the option for both parties.

Yeah, have to agree with loaning Jenks out and see if he can make a permanent move for himself. Good luck to him.
Personally, I’d hesitate to let Debuchy go at the same time. Might be a handy back-up on our march to PL and CL glory in 2017.

I think the Corporal should stay. It’s important to have him, and I’d take him over Debuchy any day. He’s barely had enough time off an injury to gain any sort of confidence on the pitch, and he’s been away from Arsenal for quite some time–give him some time to adjust, and then we’ll see what he’s all about. A loan spell, in my opinion, would be a poor way to decide whether he should stay or not at the end of the season.