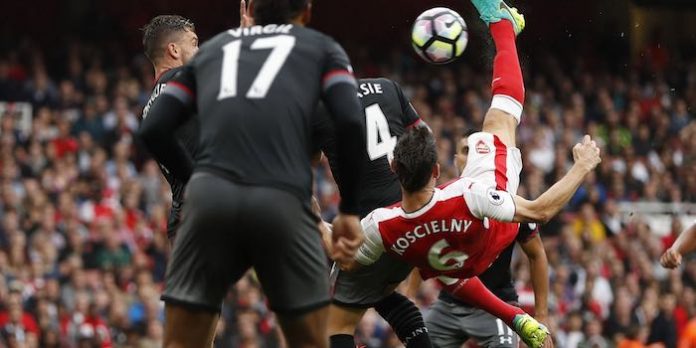 Due to the fact that Southampton will play in this season’s EFL Cup final, having beaten Liverpool in the semi-finals, Arsenal’s league game against the Saints will have to be rescheduled.

The game was set for Saturday February 25th, but with Southampton in action on the Sunday at Wembley, it will be postponed until later in the season.

And whatever the result of this weekend’s 4th round clash with Claude Puel’s team, there’s going to be a chance for the team to rest its legs ahead of the final stages of this campaign.

The 5th round of the cup is scheduled for the weekend of February 18th, so if Arsenal don’t go through on Saturday, they’ll play Bayern Munich in the Champions League on February 15th and the next fixture will be Liverpool away on March 4th.

Obviously we’re hoping to qualify for the 5th round, which will be played on the 18th or 19th of the month, which still leaves that gap because of the EFL Cup final rescheduling.

Hopefully we’re still well in the mix at that stage, because a two week break might well be just the thing to keep us fresher than the rest in the closing months.

Arsenal won the previous league encounter 2-1 in October thanks to a Laurent Koscielny overhead kick and an injury time penalty from Santi Cazorla, but went out of the EFL Cup in November losing 2-0 at the Emirates.

That Cazorla last minute penalty! One of best moments of the season for me!

A break shoukd be good, but being the eternal pessimist, I fully expect our game in hand will be scheduled 48 hours ahead of another crunch game.

Would love the mini winter break if it does happen. Cheers! \(^o^)/