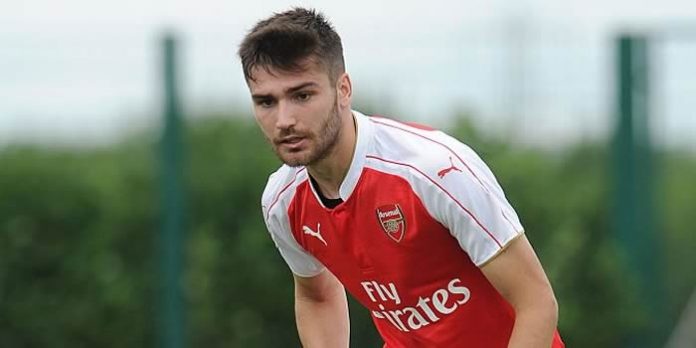 Rangers have confirmed that they have signed Jon Toral on loan for the rest of the season.

Eager for the midfielder to play more regularly the Gunners recalled the 21-year-old from a season-long deal with La Liga side Granada earlier this week.

.@RangersFC are delighted to welcome Jon Toral on loan from @Arsenal until the end of the season: https://t.co/zyVBJrFzPZ pic.twitter.com/x1m8rr92mY

Toral will now compete for a place in Mark Warburton’s squad when they face Motherwell in the Scottish Cup fourth round on 21 January.

Arseblog News wishes Toral all the best at Ibrox.

He’s better than Rangers and could have definitely gone to a good Championship club. I fear this is just a stopgap until his permanent departure in the summer.

All the best to Toral. Time is running out for him to establish himself at Arsenal. If only he hadn’t been injured early in his career…

To be fair now would have been the ideal time since we are down to 2 fit midfielders….guess it says that chance won’t come

With only a few appearances for Granada this season, it’s unlikely he’d be ready to step up to the first team now imo.

In fairness to him, once Paco Jemez got the sack, he never stood a chance.

Granada is involved in a relegation battle and they need experienced players if they are to have a glimmer of hope.

All the best to the lad.

Nowhere else to say this, but I love that Arseblog News uses article headlines that state exactly what the news item is.

It also helps that they’ve reported on this deal a few times before. I feel like if Blogs had written “BIG move lined up for Toral” or something similarly silly, most regular readers would probably already know where he’s going!

Given how poorly the last couple of Rangers loan deals have gone for the players involved, why are we wasting another one like this? Neither Bartley nor Zelalem came back with their careers enhanced, probably the reverse, so unless this is Wenger’s way of telling Toral he is no longer needed, this makes no sense. At least Falkirk helped Stokes make his career, even if that wasn’t at the Emirates.

It was a good experience for Zelalem and he did well for them.
It did show that the SPL is a low technical quality but the sheer physicality of it is good for a young player for a short time.
Stokes just wasn’t good enough for top level and that was a long time ago.

Nice coverage on BBC website and Jon says he has another year left on his contact, so maybe they’ve extended it. I hope so, maybe someone will ask Arsene tomorrow. I really like this guy and hope he does well and comes back to Arsenal next season.