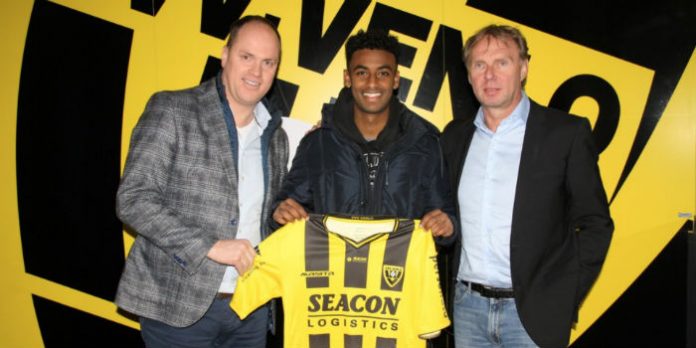 It has been confirmed that Gedion Zelalem will spend the second half of the season on loan with VVV-Venlo.

After a decent loan spell with Rangers last season, it looked as if his Arsenal development was taking shape, but with no regular football bar reserve and youth games this season it’s believed he was eager to get more game time.

Zelalem was spotted arriving for training with the Dutch second tier club and they are obviously very pleased with the capture of a high-profile young talent.

Speaking about Gedion’s arrival, manager Stan Valckx said: “Initially, we asked for advice from our partner club West Ham United, but they couldn’t provide us with the type of player we were looking for.

“We’re always looking for new paths and this unique opportunity came our way, which we welcome. We seized the chances with both hands. Given the number of games that we play and breadth of our selection, Gedion is a welcome enhancement. ”

Zelalem, a US under-23 international, signed for the Gunners in 2013 after impressing at a youth tournament in Dallas.

He made his Arsenal senior debut in January 2014, aged just 16, as a sub against Coventry in the FA Cup and also has a Champions League appearance to his name.

Arseblog News wishes the young man all the best in Holland.

Zelalem’s departure a shame but a necessity

Wish young Gedion all the best!

With opportunities to get games under his belt in a tough environment, one hopes it could be the making of a player who is, undoubtedly, a real potential talent.

I wish him all the best with VVV-Venlo.

Yeah, best of luck to him.
Odd that Wham didn’t have any young talent to send, perhaps they should have suggested Payet.

Am I alone in feeling compelled to pronounce this team’s name in a Thierry Henry “Va-va-voom” stylee? “Va-va-va-Venlo!!!”