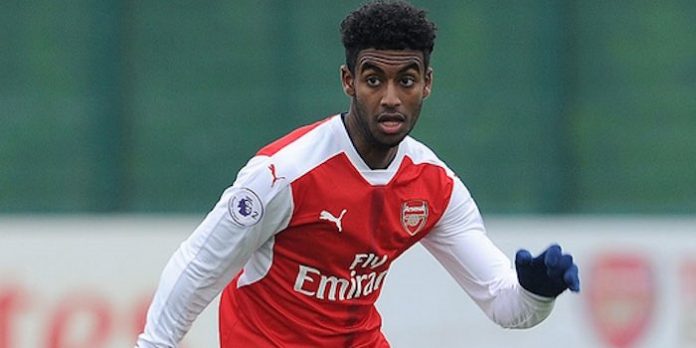 Now that Gedion Zelalem has completed his loan move to Dutch side VVV-Venlo, he’s set the record straight on the awkward ‘interview’ imposed on him by a reporter in the club’s parking lot the other day.

In the video, originally posted by Dutch publication Omroep Venlo, the USA youth international looked less than pleased to be the subject of attention. It now turns out it was for a good reason. Without the paperwork for his move being finalised he wasn’t actually allowed to talk to anybody from the media.

In his first interview with VVV-Venlo’s official site, Zelalem explained: “I’m not that arrogant guy, I’m very happy to be here.

“The cameraman came out of nowhere, so I didn’t really know what to say and I didn’t want to look straight into the camera. I felt awkward just even walking there and being followed by the camera. I’m very happy to be here and very happy to get started.”

Young Gedion also touched on how it is, that he has ended up swapping the Premier League for the Dutch second tier, drawing attention to his desire for game time and the influence of Arsenal Academy head, Andries Jonker.

“Last year, I was on loan at Rangers where I had a great time. We got promoted to the top division there. I went back to Arsenal and then from the beginning of the season until now

“I wasn’t getting a lot of game time because they have a lot of midfielders. There’s top competition with the midfielders they have so I wanted to get first team football because I’ve had it already.

“I wanted more of a taste and hopefully I’ll get promoted here [to the Eredivisie] as well.”

He added: “Andries Jonker, who I’m sure a lot of Dutch football fans know about him, as he was an assistant to Louis van Gaal…he told me I needed to come to a team that has a lot of the ball, that’s maybe top of a league so I can get on the ball and show my talent.

“[He said] I’ll perform better in a lower league rather than an Eredivisie team which wouldn’t be so good for me. I agreed with him, so I came here. I hope to show what I can do.”

You can watch the rest of the interview below.

Former Academy boss back Freddie for top job at Arsenal

Zelalem’s departure a shame but a necessity

He’s obviously not likely to make the cut at Arsenal. The sooner he realises that, the better for his career. Endless loans will not do him any good. Long after he was touted as the next Fabregas, Iwobi, Jeff, Bellerin and Mitland-Niles have literally emerged from his shadows to grab first team places. Wishing him luck of course.

unfortunately it maybe true. the number of senior players in line to play first team football itself is large. we have big competition in centre midfield area and unless we are going to sell someone i dont see anyone getting a chance at first team football there or any other position for that matter. not to mention maitland niles jeff are all ahead of him when taking in consideration about young players .

Absolute rubbish…….how can loan moves and playing regularly in competitive football not be good for him!!

The fact that he and Akpom are the first to get loans in January demonstrate that Arsenal see the potential they have.

How do you know all that?

He doesn’t – he’s just giving an opinion like everyone else. Isn’t that what we do here? I know nothing either.

Maitland-Niles looks more likely to break into the first team as a regular just like Iwobi. In as much as I like his style of play, this young man needs to take advantage of the loan move and develop into his own fully if he is ever go to make a name for himself at Arsenal.

Some players need to develop their game at lower levels first. Not everyone can have a development curve like Iwobi or even maitland-niles. Doesn’t they don’t have immense potential.

Look at Giroud or even better Koscielny, both needed to develop in 2nd division first.

And no matter what one thinks of Coquelin, the fact he knows the arsenal game inside out and spent time in the Academy is hugely important for his role and understanding of the way we play. If it takes a couple of years for Akpom and Zelalem so be it. IMO.