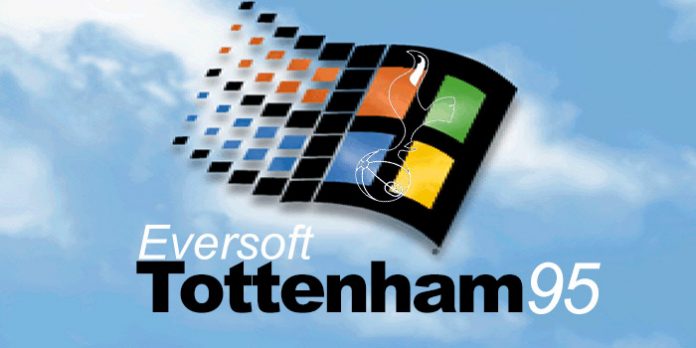 Arsene Wenger has insisted that Arsenal finishing behind Sp*rs this season would not be evidence of a power-shift in North London.

However, the Arsenal manager says that’s not enough evidence to say that the ‘balance of power’ has moved from the Emirates to the soon-to-be-bulldozed White Hart Lane.

“Let’s be honest,” he said. “I’ve answered that question about a shift in power over 18 consecutive years. Nothing changes in that.”

Wenger was also asked to reflect on this being the last derby at White Hart Lane in its current form. If the journalist was expecting a trip down memory lane, they d

“I am not in a position today where the sentiment comes in too much,” he said.

“Your colleague told me I have played 50 London derbies, there are some special ones in there. I’m not in a mode to reflect on that.

“Maybe one day I will write a book about the derbies!”

The last time Sp*rs finished above Arsenal was in 1995 when they ended up 7th in the table, while the Gunners languished in 12th position.

That summer, Arsenal went out and bought Dennis Bergkamp and David Platt, finishing 5th the next season while Sp*rs slipped down to 8th.

Other things that happened in 1995

No one is found innocent. The best you can get is an acquittal or “not guilty.”

Which would be like calling the winner of a match the “not losers”.

Seinfeld was an amazing show!
Kramer what a brilliant character.

“…Not that there’s anything wrong with that”.

Too Drunk To Be Offside
Reply to  Magneto

BTW is any commenter here a marine biologist?

Hector Bellerin was born in 1995

I am going for a narrow 1-0 win wide enough for the Sp*rs to throw their title hopes into. A different kind of St.Totteringham’s day this year.

Even a blind cock sometimes finds a grain of corn

Best.Comment.Ever.
Sums it up so beautifully.

I\'m Professor Ignorance, on this subject
Reply to  GYWE

Cocks will occasionally swallow stones as well. In such a case, the less time the cock takes to pass this period, the better, in order that normal life may resume again as soon as possible.

Ross and Rachel hadn’t even been together, never mind on a break.

Yes, he did @Donald’sTrump but that was all pre 1995 numb nuts. Everything we won since 1995 has been under Wenger.

George Graham did not over see a transition to a new stadium or keep us in Europe’s top flight for two decades.

The cup he won in Europe was a less prestigious one.

Wenger has won the most FA cups of any Arsenal manager.

And he’s gone the season unbeaten not just nearly.

Not saying he’s perfect by a far stretch but the Graham years were also erratic years where Wenger has been remarkably consistent.

Rewriting history again by someone who probably can’t remember it. George Graham couldn’t qualify for Europe for the first 4 years of his reign as English teams were banned, if they weren’t he would have qualified for the European Cup at a time when you actually had to win the league to be in it and only 2 teams qualified for europe via the league. Now 4 qualify for the Champions league and european places will go down to 7th this season. So there isn’t a level playing field in your assessment especially as the gravy train that is the… Read more »

where is the daily media reminder of how long spuds have gone without a bloody tropy? does it only apply to us?

Why would they? We expect titles and don’t​ win them. Can you honestly say the same for sp*rs?

That was absolute genius that show

The Spuddies will have to endure a season of two playing their home games at Wembley, which makes me think they’ll have a real tough season or two and the reoccurring ‘change in power’ comment will be forgotten for a few years…

Yes they are shite a wembley and hopefully relegated before their shiney new shit hole is finished.

Excellent article. It has obviously been absolutely hilarious finishing above them every year, and will be a shame not to this season but hardly the end of the world. It will be even funnier should we win the FA cup (i dont care about finishing in the top 4 that much, other than the draw it has on the players we can sign supposedly but that is an argument for another day) and they win nothing though obviously this is a huge if. Obviously they will have their laughs at our expense if we dont win the cup and they… Read more »

Unless Spurs are an infinitely better run and financed club than us (of which there is no past evidence) then they are just about to encounter the same problems as we did when building and moving into the Emirates. Funding a stadium build inevitably impacts on funding the team and Spurs are already the poorest payers out of the top 6/7. This already leaves them vulnerable- as we were- to losing their best players. But if you factor in the players knowing Spurs won’t be spending big for 3-5 seasons, they will get itchy feet. The manager is doing a… Read more »

I agree, but I’d also add that they have the benefit of a local council that wants them to build the new stadium and put money into the area as it’s a shithole which desperately needs improvement, whereas we had to fight the local council tooth and nail for everything. On top of this, they’ve seen what we did and I’m sure they learnt from it, but they’ll still have a real tough time for a while.

Not so, construction costs haven’t suffered the same inflationary path as football clubs income streams over the last 10-15 so i don’t see it being a problem for them.

I would bet(not a lot mind) they’ll be better off financially from day one.

You’re right that club income has increased dramatically but the original cost target for their new stadium of £390m is now estimated to be closer to £800m (only an estimate, and probably an over estimate) and that’s still a seriously big chunk of money even though it’s a lower percentage increase than their income growth.
They won’t be immediately better off than they are now but they will undoubtedly be in a better position than we were for the first 5+year after our stadium move.

???? that last bit though…..2 mickey mouse cups compared to arsenal’s achievements!! Make the most of it Spuds, we’ll be back!!

If Spurs can qualify for CL back to back on a consistent basis, I’d say they are narrowing the gap.

That said, this is a wake up call for us, they have crept closer in recent seasons even if they have bottled it in the end.

This season we will have to likely abstain from St Totteringham’s and they will likely finish second best.

But hey, we’re going to Wembley.

Likely we will be without Mustafi or Koscielknee. I expect we will try and play with Gabriel Holding and Monreal as the central 3. not sure if Metersecker is up to speed. There is some risk of course even if Holding is promising and Gabriel has been in decent form. Out wide, Ox back would be a massive plus for us. He should start left side IMO with Bellerin on other flank. In the central midfield, who partners our metronome Granit? Coquelin I thought did well with the back 3 and snuffs out danger higher but isn’t as attack minded… Read more »

What about Friends. That was surely better than Walker Texas Ranger and ER.

It’s a fair point but it’s not THE point. This club has underperformed during that time, all things being equal and under Wenger’s unilateral stewardship.

When Leicester won the league, all of the managers in the top six should have been moved along (maybe I’d give Klopp a pass in his first season) because it shouldn’t have happened.

Arsenal were the best placed to take advantage.

It’s relevant topic before a derby, I know the media will bring it up and Wenger is justified in his answer. But actually, it just further takes focus off the real issue.

Andrew, can you make a ‘List of things Arsene Wenger has said he’ll write a book about”?

Can someone remind Wenger that with all his writing commitments can he please leave Arsenal ASAP to fulfil them?

The best part is https://youtu.be/cpGbzYlnz7c