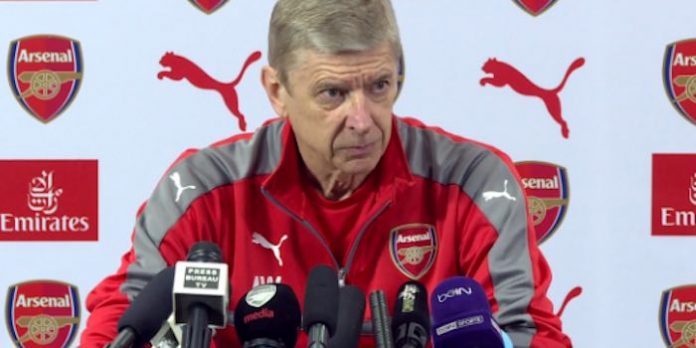 number of more years to endure one sided games like this = ?

I don’t like what this formation does to our attack. We don’t look threatening at all. It also forces lots of cech kicks which he isnt great at. You need a mobile striker for this formation

Perez would be perfect up top in this formation

The formation is good, as long as you play it like how Chelsea and Tottenham play it. We play 3 at the back but with the same principle as we play 4 at the back. Press high up, and spend most of the time on the opposition’s half. With Ramsey really up front, and nobody picked him up.
Everytime they make a break, it is always quick, and only with small number of players. That’s efficiency, unlike ours. So, yeah.

I mean do we REALLY play with 3 CBs?

We have 3 at the back, but only 2 are CBs. So we’re still playing with 2 at the back. And I suspect Wenger plays Monreal as CB only because it’s easier for him to transition into a back 4 later in the game without having to make a defensive sub.

I mean, the man plays with the intention of changing back to a back 4 FFS.

The fact that Monreal has been a fullback doesn’t disqualify him from being a defender in a three man defense. Conte converted Azpilucueta from a right back to central defender and Chel$ki don’t seem to be suffering. Because the wing backs are supposed to get forward, the outside defenders of a three have to be comfortable defending out wide, at least temporarily. A player who has the mobility and one v one defensive skills of fullback is actually desirable.

Don’t know why you got down-voted maybe it was the tone . But everything you said is accurate. i actually think we have the players to play in this formation it’s more suitable to many of our lot and actually provides our backline with some shielding from midfield. but the system is new and we haven’t perfected it by a longshot. this formation even allows us to go with 2 guys up top without risking too much when needed , but it is what it is. we can’t find balance in anything we do.

Agreed. It blows. No one knows what to do. No one is being played where they are supposed to play. It’s a bunch of crap.

Operative word mobile striker.
It was obvious Tottenham where going to have a majority of possession but why he started Giroud whose immobility makes him ill suited for pressing/countering. If it’s because Welbeck’s not 100% fit then that’s another problem that’s needs addressing. Injury, playing unfit players and not having key players available. Our team/formation shouldn’t fall apart because one player (Santi) is not available. If Wenger stays then this team needs an overhaul. That said it’s not going to happen, so same old same old. Our rivals get stronger while we dither.

I tend to agree but only because of the players we use. If you give all the midfield jobs to defensive players you lose the creative abilities. Gibbs and Nacho are good at bombing forward and trying to cross it but that does not mean they are creative. So, we have to get another Cazorla (I’m afraid ours won’t be able to do it in future now) Could we improve Iwobi defensively and get a better player? Ox is a better fit to the role but still needs defensive coaching (as do most of the team I hear you say).… Read more »

Agreed, was saying this since we first tried it at Middlesborough actually. Kind of expected Giroud to thrive in the formation seeing that it emphasises width but nope. Didn’t help that we played with a lack of composure in general

It’s amazing how many are buying into the narrative on ozil. Even blogs in ratings highlighted the way over the top criticism of tv but then added he was unable to control a game again away from home. How he can control a game from out on the right wing when the team is being pressed with no answer, again, I’m not sure. He had Ox playing nearest to him who lost possession 20 times, Giroud playing inside who was awful, and Ramsey who is like a headless chicken with delusions of grandeur.

Ozil.and Sanchez should be closer together… working with each other. Alexis energy and Ozils skills combining.

Gotta be careful talking to him about business in public. He might pay your girlfriend a visit.

Blogs is always going to downplay criticism of Ozil + Ramsey.
And he will always be first to criticise Walcott.
He’s a fan at the end of the day, he has his favourites as we all do.

Clearly the manager is losing more of his squad. I don’t know how he can stay another season

Get used to the idea of 2 more seasons. It’s gonna happen whether we like it or not.

Alexis needs to play as a 9. If we’re going to class him as a LW, then I think it’s best we sell him. As a LW, someone like Reus is a much better fit. I can’t count the number of times he loses possession. I know he’s hardworking and all, but he needs to be used as a 9. Wenger should never have moved him back to the left. The only time we had a problem with him as a 9 was when Theo was injured and we didn’t have anyone making those runs behind…that would have been easily… Read more »

I’d keep Alexis any day. Players of his calibre who can beat his man and score the number of goals he scores and keep trying and trying again are in short supply for any amounts of money.

a different George
Reply to  Trez

Alexis interchanging with Theo in the center and Ozil behind them (and coming into the box), with Iwobi on the left (but coming in), was certainly our most creative and dangerous attack this season. In that formation, Bellerin meshed brilliantly with Theo, and Monreal produced a lot from overlaps on the left. But it left us very susceptible to counters down the middle. Cazorla/Coquelin worked superbly to stop these–I am not sure why. I would never have thought Santi could play the Busquets/Makelele role. Since his injury, we have seen how much he meant to Wenger’s scheme.

I think it’s easy to blame the formation but the much bigger issue is the coaching of the formation. I don’t have confidence in Arsene’s ability to coach this team in any formation anymore.
A formation should be changed for tactical purposes not because nothing else works!

I am not a big fan of this ‘power shift’. Arsenal fans only need worry about our club. Who gives a rats arse what other clubs are doing. Let spurs fans have thier season or 2 in the limelight. Soon enough Arsenal will eclipse them again for a fair period of time.

I hate to say it but everything IS actually shit!

I’m surprised how they can lose that many balls. I think you’ll find most people have just two

270 – Danish kroner I spend each month to punish myself by watching Arsenal. Masochism. At least the banter years brought some joy in terms of good performances. I’ve only been following Arsenal since 2006, this side is the worst by far.

I’ve got 40+ years on you btw, I can remember really embarrassing years, when mediocrity was the norm, in the 60s. Fortunately, I was living in the Midlands then and didn’t know too many Spud fans!

Good things have to come to an end I guess – like St Totteringham’s Day and the reign of Wenger.

And the spuds are still shit!!

I quite genuinely feel the Manager has lost his players in that dressing room. It may not be out in the open and perhaps some players don’t realize it but maybe even subconsciously, they aren’t behind Wenger anymore. It happened with Mourinho at Chelsea and landed their team at rock bottom. It’s starting to happen to us. Unfortunately, the Arsenal Hierarchy is not one to step in and make the changes as was done at Chelsea. If Wenger stays, I expect the continuation of such abject performances from these group of players next season.

Nothing to see there (upstairs at boardroom level)
Most folks were all up in arms about the idea of Usmanov as majority shareholder, bet they would rather have him now eh?

I not Keen on that formation but if you do play it then look at the selection. Holding should have played with Monreal on the left where he was effective in the semi. Giroud was another poor choice as you need more mobility. But there again what do expect from the tactical moron known as Arsene Wenger. The arrogance and complacency at the club is astounding.

You see everyone or maybe majority clamored for change of formation, in my mind I wanted more the players to play to their abilities – which they came close to at Wembley against City – now we are all pointing at the formation and saying things about it. These guys at Arsenal (players) are not giving it a proper go – that’s probably down to the manager who doesn’t seem to make example of underperforming players. .. What do I know though?

I’m sure you’re just pulling our legs, but if you actually went and counted, then my hats off to you sir! (the numbers sound about right, to be fair.)

Did Giroud even break a sweat yesterday

No but a couple of his beard hairs were a little out of place! That’s commitment!!!!!

You know what? It makes me sick when I hear Wenger saying that this is the one year Tottenham finished above us.

Sure, it’s true, but if you’re being honest, it has to be said that they have been the better team for two years now.

More and more, Wenger sounds like a politician trying to cover his ass.

1 – the number of complete & utter shambles going on at the club…& it’s a very very BIG 1.

It will serve the players and manager right if we end up in the Europa league with all that travelling!
Ha bloody ha you lot!!
I feel slightly better now…

The face of a serial looser…

I was as flummoxed by the back 3 chosen as anyone, but did anyone else think Holding might have been benched in case Koscielny’s injury flared up again? Had Monreal started at wingback he could have shifted to the back 3 in that event with someone else coming in, but keeping Holding up his sleeve it would partly explain Wenger’s bizarre choice.

Looks to me arsenal don’t have a clue how to counterattack. You can loose possession, but proffiting opportunities. Chelsea knows that for ages.

It’s near impossible to have a productive counterattack with a front three that don’t push at all to get behind their back line, or if you’re playing a target man when nobody goes to Giroud to collect the knock-downs. Tottenham pushed high up all match and we did nothing with it. Poor starting striker / wing selection. Welbeck would have been the obvious option. Theo didn’t get a chance to do much, but at least when he came on he worked runs in behind their back line. It’s almost like Wenger picked the lineup to fail.

Was hoping to see some “X times ball lost by” Ox, Sanchez et al…. But then again, maybe best not going there. We’re suffering enough as it is.