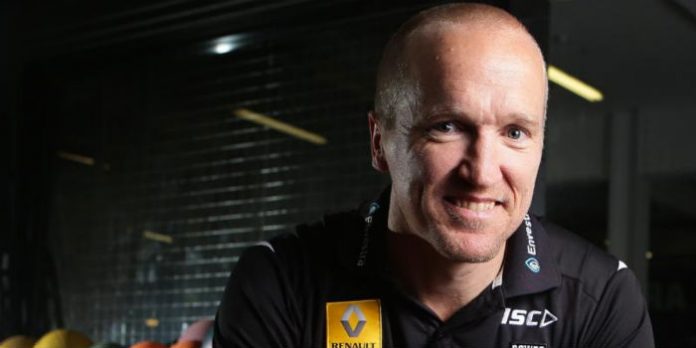 Port Adelaide have confirmed that they are entering a partnership with Arsenal to grow sports science and professional development opportunities.

The new partnership comes off the back of the Gunners recruitment of Darren Burgess, the Australian rules outfit’s head of high performance.

Burgess is understood to have been hand-picked by Arsene Wenger after the Frenchman learnt of his industry and nation-leading high-performance programme.

“Arsenal have indicated their desire to be part of a new collaborative partnership with Port Adelaide in a range of areas including sports science, professional development and international growth.

“That brings some amazing opportunities with it and we look forward to putting that arrangement in place as soon as we can.

“It’s part of our ongoing journey and desire to becoming a world-class sports organisation.”

Port Adelaide also confirm that despite Burgess taking up his post with the Gunners in July he’ll continue to supervise their club’s high-performance programme ahead of the new season.

The terms of the transition agreement say Burgess will:

In a sign that Burgess is obviously highly respected in Adelaide, Thomas added: “When we set out to rebuild our program we committed to being a global best practice sports organisation. To have a club like Arsenal hand pick Darren is testament to the calibre of our personnel, our football program and ultimately our organisation,” Mr Thomas said.

“It also further underlines the impact and influence Port Adelaide is having on the international sports stage, from our success in China, to being named as one of Sports International’s top 20 sports innovators globally.”

Burgess also thanked Port Adelaide for their support during his four-year stint.

“Reaching this decision has been one of the toughest decisions in my professional career”, said Mr Burgess.

“My family loves the lifestyle of Adelaide and more importantly we love everything about the Port Adelaide Football Club.

“When the opportunity came up to return to Port Adelaide I had no hesitation in returning. Port Adelaide is like family and once you’ve worked in this environment with so many outstanding people it is very difficult to leave.

“It’s especially difficult knowing the club is on the right path for sustained success both on and off the field.

“However, the opportunity to return to the English Premier League and work at one of the world’s most successful sporting organisations in Arsenal is an opportunity I simply couldn’t refuse.

“I look forward to continue having a relationship with Port Adelaide from afar and thank the entire club for their support and many great memories over two stints.”

Burgess on ‘forced recovery’ and banning phones at London Colney

Sounds promising. Look forward to enjoying the last 15 minutes of our matches more, as our improved fitness helps us score more then.

He’ll do well considering we scored more goals in the last fifteen minutes than any other team this season. But yeah… maybe.

I didn’t know The Jeff was into ships…

B B
Reply to  Mein Bergkampf

U have made my Monday.

I’m super excited, he has to be really good for the clubs to enter this partnership. Bring on the season!

As a PAFC member and lifelong Arsenal supporter, I can’t tell you how excited I am about this arrangement.

As and Adelaide Crows supporter and lifelong Arsenal supporter this is kind of like finding out your local sports club has decided to partner with Sp*rs.

That said, Port are a team that is renowned for their intensity and stamina through the whole game and have had a great record with injuries this year.

Port Adelaide is officially the most successful football club – at all levels – in Australia. Aussie rules football players are superb athletes. A great partnership.