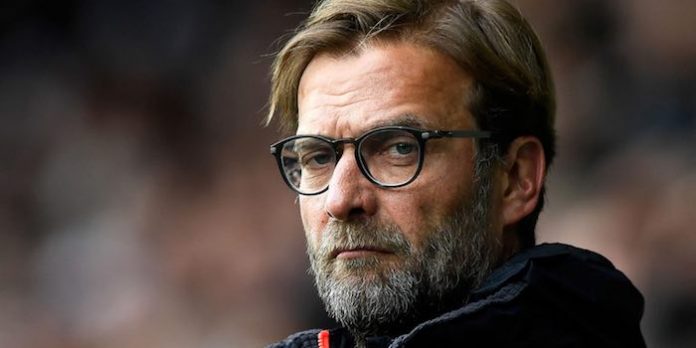 Earlier this week it was reported that Sky Sports requested permission to schedule Arsenal v Liverpool on Christmas Eve at 4pm.

That was turned down but discussions remain ongoing and there’s the possibility of it being played earlier in the day.

Ahead of his side’s game against Newcastle on Sunday, Jurgen Klopp was asked about the possibility of the game going ahead on that date.

He suggested clubs were basically powerless due to the money they take from Sky and BT, but seemed to urge the broadcaster to think twice about it given the impact it would have on fans.

“We are the last ones in this role who may have something to say about the decision,” he said.

“For us it is not a normal time, so if we don’t play 24th we’ll play the 25th or 26th, but it is still Christmas for our families although not for us.

“We are used to it, but if you think of all the other people involved who have to go there.

“I really cannot imagine that anyone wants to watch football on that night.”

Some common sense from the Liverpool boss, but it remains to be seen if anyone capable of making a decision will have the inclination to apply of it to this situation.

Arteta: Everything points to how far behind we are

Quite apart from the fact that all the trains pack up early on Christmas Eve. Don’t get me wrong, I don’t care about the Mickeys not being able to get home, it’s the fact that many of us who have been socially cleansed from Islington won’t……

Does it come with a gift receipt?

They aint getting the 35 back..no refunds .. And no we don’t care if you think it was broken before you bought it .

Will be interesting to see what kind of reception Ox gets. Providing Liverpool even play him of course.

Being Stateside myself, I can’t say I’d particularly complain about starting off my Christmas Eve morning with an Arsenal match.

But the fixture pile up, what it would do to the fans in other parts of the world, and the importance of this time of year to families, not to mention how crazily busy people are on this day, mean this should never be allowed to happen.

We celebrate Christmas on Christmas Eve in Sweden. Not cool, Sky.

Most European countries celebrate Christmas on Christmas Eve. It would be a huge inconvenience not only for those in the UK who will no doubt be having a hectic day, but also those who will be celebrating Christmas with their families abroad and unable to watch the game as a result. I really don’t understand why anyone would want this fixture to go ahead on the 24th.

It’s the same here in Finland. 4pm UK time is 6pm here, definitely not going to watch the game if is played then. Don’t really get why they want to play on Christmas eve at all, since it doesn’t seem to suit any of the parties involved.

Same here in Finland but I would actually enjoy watching some great game at christmas eve. Still though, it’s a bit of stupid plan from Sky.

Klopp sums it up well. Xmas Eve isn’t about going to watch a football game. Give me It’s A Wonderful Life, or the Muppets Xmas Movie any Xmas Eve of the week.

My own particular favourite.

The other half says Elf. I best go with what she says.

What the hell is Klopp saying …

Sky doesn’t give a flying fuck with regards to supporter convenience or even public safety. They have no ‘better angels’. This is Sky we’re talking about.

It’s about time these decision-makers are named and shamed instead of just being grouped anonymously under a company name. Then you might see a more ethical tack with regards to scheduling.

Quick somebody call Fox news and tell them about Sky’s war on Christmas.

The tweets alone after Comrade in chief watches Fox and friends will be fun.

I would like to see Sky being a bit more considerate with the scheduling around the European matches too. Not to mention a match every other day at xmas which basically just makes for shit matches.

Surely that makes for better matches with less fatigue, fewer injuries etc, and it is better for Sky if our teams do better in Europe?

Surely it doesn’t cost them much if anything to do it? I sometimes wonder if they just don’t think about it at all and the money isn’t even a factor.

Sky have never given 2 flying [email protected]@ks before what makes you think they will now stadium will be half empty peeps who travel afar will not be able to get home its a no brainer! people have other priorities on xmas eve

Can already see the media narrative, which inevitably will be spun that Arsenal fans are protesting or have apathy for the team, completely ignoring the day and time of the match.

What I find mind blowing about Sky’s decisions is surely the scheduling is damaging their product. Do Sky want to show a game with a half empty stadium, probably with away fans protesting in plain sight for 90mins? The West Brom on Monday debacle could have led us to field a weaker side for that game or the televised game against Brighton, do Sky want that too? Or even it leading to a fatigue injury to one of our ‘top draw’ players. Sure that will go down a storm with their execs. I get they don’t give a damn about… Read more »

No one can make sky change the date, so both clubs should say now that neither clubs will sell any tickets for this match and let sky do their worst.

I want to disagree on this one, partly because Klopp said it but also because for some families football is the almighty small talk, the stress valve that dissipates that tension that needs a knife or a hacksaw to slice through, that tension familiar with family gatherings. Football can and has been great for family bonding. Take my brother and I for example, we don’t agree on anything, he’s also a Chelsea cunt. Football is about the one thing we can argue about and laugh. When we get into heated arguments these days, I go “I don’t expect u to… Read more »

Arsene should announce that the club will reserves some seats for Sky executives among the fans for the fixture if it is moved. Put the PR ball in Sky’s court–fill the seats and suffer abuse for 90 minutes or not turn up and have images of those empty seats published all over the place.

There he goes again, being reasonable. Typical maniac Klopp.

Klopp is a twat.

I don’t give a flying fudge what that Austin powers teeth mugsmasher thinks about anything. Tit.

I dont give a shit about christmas. The most boring time of the year.

Dofi
Reply to  Lack of Perspective

Ho Ho Ho!! Why you naughty little twat. I’m an atheist but I don’t belittle people of their beliefs.They have every right to celebrate what they believe in. I’d probably skip the match to spend time with my family because it means something for them. But hey oh.. boring?? Not a chance..

Arsenal before Christmas. When you have Dennis Bergkamp, why want Jesus?