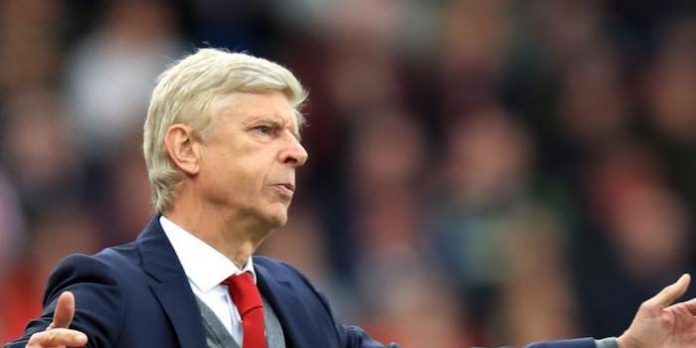 Arsene Wenger faced the media in Serbia this evening ahead of tomorrow’s Europa League encounter with Red Star Belgrade and revealed that Mathieu Debuchy could make his first start of the season for Arsenal.

The France international hasn’t played for the Gunners since last November when he lasted just 16 minutes against Bournemouth in the Premier League.

Jack Wilshere, who appeared alongside Wenger in the press conference, is due to start in midfield, while youngsters including Eddie Nketiah, Jordi Osei-Tutu, Ainsley Maitland-Niles and Reiss Nelson will also be hoping for game time.

The Gunners are in a strong position in the group having beaten FC Cologne and BATE Borisov in their first two games. Tomorrow night’s clash promises to be a heated affair with the home crowd usually producing one of Europe’s most ‘lively’ atmospheres.

“The support of the team always has a positive impact,” noted Wenger. “We can deal with that – we have long experience in the Champions League.

“I don’t think it will have a negative impact. We are of course in a country with a tremendous football tradition so we expect a game with huge commitment from everybody.”

A team that’s actually won a CL title. Don’t be an asshole.

I would like to think he’s referring to whoever this “Deboooshie” character is….or is it “DEBooSHAY”? “deebuckie”? Word has it he used to play well for that prison team, didn’t he?

Debuchy or not Debuchy: that is the question.

Never finish on debuchy, always finish on the de bach!

I’d like us to play him in the vacant LWB role.

Just so we can chant “pass to Debuchy on the left-hand side”.

Selling him in decent shape vs not is always a good thing. Brings more money and I don’t know if he will be missed, however much pity I (we) have for him.

Debuchy played right centre-back in the back three for the U23s (via the man Jeorge Bird) so hopefully he plays there and Nelson gets a start. Also looking forward to more game time for Jack – great seeing him slowly coming back to his best.

As long as Jack keeps his head down and realises his chance in the PL will come (likely a start over the next month, you’d think), it’s all gravy.

Debuchy might still have an important role to play at right centre back/right back this season considering how thin our defence would look any 2 of our back 5 defenders get injured. Fitness issues aside, I personally think he can still step up when called upon, well at least in the Europa league or until Chambers comes back. After all, let’s not forget this is a man who was not long ago France’s first choice right back. He was also a beast at Lille. It’s such a shame injuries have got the better of him. Otherwise we could have had… Read more »

A fit Debuchy is fantastic anyday. He’s older than now so pace might have deserted him, but as to ability and competence, he’s a superb right back.

Great news, with 5 at the back we’re short of options.
Let’s put this group to bed in the next two fixtures.
Really hoping this competition opens up for us this season.

Debuchy to start…..hahaha. Just when you think his decisions couldn’t get any worse.

Makes sense to try Dubuchy out in case we need him while he is being paid. I thought his contract ended this year though?

Seriously did u just make up some names there?

This guy is the definition of unlucky, happy for him. Good player

Banana skin. Although pretty much every game we seem to play is a banana skin.

Banana skin. Although every match we play these days seems to take on banana skin status.

I love my players

You can’t question their character!

Haha, age is catching up arsene

With Calum knacked again and Bellerin feeling no pressure, time for the old war horse to step up and finally prove his worth for us.

He has plenty of experience and we need competition at fullback. At very least give us one good half season before we sell him on.

Note that for France he occasionally landed in the Cb position too; for us too I recall.
Before the injuries and the “reaction” regarding the Euros, he was a very good player. That never completely goes away.

We need to win the Europa league cup and Red staff are no push overs especially at that hostile environment. I have no problem with Debuchy starting but a few of the youngsters I question playing away from home . It will be interesting to see how we rebound after Watford. Win or lose I’m a die hard gunners fan. We are not far off competing for the title and hopefully Wenger splashes some sensible cash on a few key players in January or next summer and unload the freeloaders. We are 6th place having not played well and not… Read more »

I love the enthusiasm but we are some way off being able to sustain a season long challenge for the title. As for the youngsters, it is arguable that the younger and hungrier players have actually out performed the more senior players this season in this competition. I am looking forward to seeing what the young guys can do again. Up the Arsenal.

Then again, anything is “arguable” if you simply argue it. But one may not always make a convincing argument. But you just did! Well done.