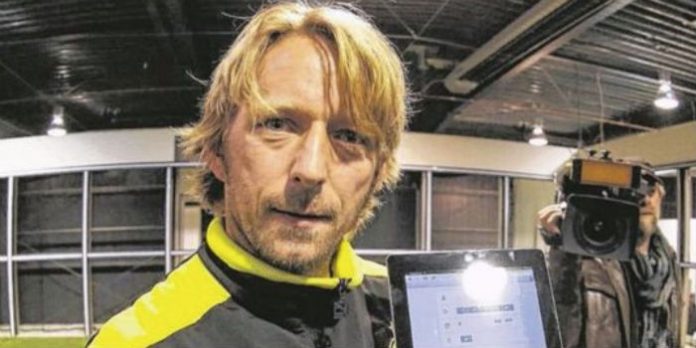 According to ESPN, Arsenal are looking at Borussia Dortmund’s chief scout Sven Mislintat as a possible replacement for Steve Rowley.

Rowley, who has worked for the Gunners for over 35 years, is understood to be on his way out of the club as Ivan Gazidis attempts to revamp the football operations side of the business.

It’s yet to be confirmed if or when Rowley will leave, however, elsewhere there has been movement in the London Colney hierarchy. Contract specialist Huss Fahmy was recruited from cycling’s Team Sky in the summer and chief transfer negotiator Dick Law stepped down in September.

Bayern Munich reportedly tried to sign Mislintat as their technical director in the off-season only to be warded off by Dortmund. Since then he had a very public falling out with Thomas Tuchel who has since left his post as first team coach.

Mislintat, 45, is credited with bringing the likes of Robert Lewandowski, Shinji Kagawa, Pierre-Emerick Aubameyang and Ousmane Dembele to the Westfalenstadion.

Sounds like he’s got the right credentials. Really really important we do well in this area given we can’t compete financially with the big big clubs.. Or the tiny tiny countries with big big oil reserves.

I agree he seems to have the right credentials.

In terms of competing with richer owners, if only we were one of the richest football clubs and/or have a cash reserve!

I hope whatever cash reserve we have, hopefully some of it had been invested in BitCoin to kerp up with the inflation in the price of players.

Sure get this guy in, great. But ultimately whats the point. Our current scouting system identified loads of quality players which we didn’t ever have the balls to move on because essentially we have a majority shareholder who doesn’t want any money spent, and we have a manager in charge who is more then happy with that. Lets also just gloss over the fact it literally makes no difference at all who we get in anymore. Nothing at Arsenal changes. New seasons; new players; same mistakes. Why? Because we have the same coaches and the same manager. Nothing or genuine… Read more »

Get him in. If he is finding players like that at an early stage in their career he is our man.

I don’t know how much scouting it took to identify Aubameyang (watch a few Youtube clips, maybe?), but the others seem like a proof of ability. Tell him to bring Michael Zorc with him.

No one is better than Wenger at detecting players like Kos, Sead, Kolo, Eduardo etc and it goes back to ballon d’or George Weah. However he can’t get or keep any known top quality.

Ospina, Elneny, Gabriel, Chambers, Lucas, Mustafi, Xhaka, Debuchy……..I think it would be a pretty rough argument to make that no one is better than Arsene at detecting players given what he has spent the last few years…

And these are some of his better ones! How about Stepanovs or Gervinho!

Who scouts the scouts.

I call the big one “Bitey.”

Arsene won’t have him

Arsene has to go

Seems as if, despite Arsene signing a two year deal in the summer, that Ivan Gazides is going ahead with the behind-the-scenes preparation for a change of head coach.

Compromise or catalyst for change?

Did he also take Adrian Ramos and Ciro Immobile?

Get him and Pulisic

Fine. Sounds good. The Dortmund model is essentially the one we will have to follow if we’re not spending money earned somewhere else.

If we can get him to bring Christian pulisic with him, that’d be a bonus.