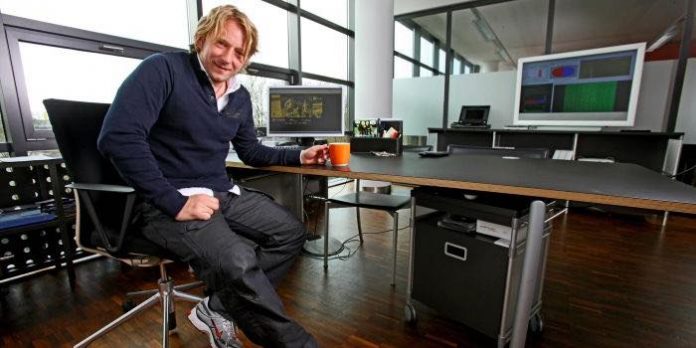 In a report in today’s Sunday Times (£) about how things are changing behind the scenes at Arsenal, it’s revealed that Sven Mislintat has engaged a new team of scouts as the club shakes up its recruitment methods.

The German was brought in from Borussia Dortmund last month and given the title Head of Recruitment, a position which indicates a measure of responsibility and power.

And while Arsene Wenger was at pains to point out that the new man would be working with him when it comes to finding new players for the club, it was telling that the manager’s long-time chief scout, Steve Rowley, was moved aside.

The Times article talks about Mislintat briefing ‘members of his new network of scouts’, which is a very positive thing when it comes to the future.

It might well be too soon to see the effects during the transfer window which opens tomorrow, but perhaps in the summer we’ll reap the benefits of fresh faces and new contacts.

Per Mertesacker to take over the Arsenal Academy from next summer

Arsene Wenger got a haircut

Sounds great. Our best time was when we were bringing in great players that not many had heard about beforehand (I definitely hadn’t) eg Gilberto, Llungberg, Vieira, Pires and so on. Hope we can get back to those times.

Exactly! These or the others like: andre santos, park, jenkinson and gervinho. Lets maybe not get carried away by the sentiments here-only players that noone heared of sounds like a receipt for disaster in modern football, mix of this and proven internationals – yes please.

I bet with all of your future telling ability you are billionaire. Or just a shit merchant using hindsight as some sort of stick to beat the club with.

Never heard of Kos and Touré even Adebayor before they came to Arsenal but these are some of the best players we’ve had. Getting the unknown players is Wenger’s unique speciality. We need Milinstat for the known or on the verge to be known.

We’ve spent too much on this scout. A copy of football manager is only 20 quid…

Moley mole the mole who lives in a hole

Sorry to be a killjoy but I read that as new network to him, as he hasn’t worked with these chaps before, but they have been employed by Arsenal for a while.

My understanding is the same and it’s only logical this way.

I can’t read the full article because of paywall – does it go into any more depth about this? If this is just based upon the quoted text, could it not be interpreted that the existing Arsenal scouts are his ‘new network’?

First job is to scout a new goalkeeper, a rightback, two new defenders, a defensive midfielder, a central midfielder and a Alexis replacement. Oh, and it budget is about £5.99. No pressure.

Two new defenders? You want to tear down the dungeon? j

Good luck to him. The bar hasn’t been particularly high for a decade or so. Here’s for a new era of Arsenal recruitment and a happy new year to fellow gooners!

What bout the Aussie all blacks psychologist guy?

Any way of reading the article without giving money to Murdock?

Remember he hasn’t got to sign them, just scout them so that when they become world famous and are transferred for £200m the manager can say we looked at them and nearly signed them.

Not exactly a snappy dresser our Sven; but amidst a leadership full of suave underperformers, I’m taking that as a positive.

Fantastic picture of him!!! He looks like he’s just got home from Octoberfest. Brilliant!!!

That’s alright then !
Panic over everyone !
We don’t need to worry about Sanchez and Ozil leaving on a free transfer or being 21 points behind Man City or even be worried about finishing in sixth or seventh because we have a new team of scouts.
This is non news – so unimportant and irrelevant its not even worth knowing.
And lets not forget the likes of City, Chelsea and United also have teams of scouts who know with compete certainty that they don’t need to be worried about Arsenal and their penny pinching ways…

Your post is impressive. Perhaps your understanding of football comes completely from FIFA?

Most great teams are built of players who were one or two seasons away from greatness when signed. That’s how you win. These changes are hugely positive.

That’s an insult to FIFA. Most real FIFA players actually spend a lot of their budget on scouting and bringing through the next unknown randomly-generated academy players called “Thierry Jenri”, “Patron Viala” and “Saul Kimbo”.

You’ve got to be ready to pay the money though. You may identify the right player, if you don’t pay big money, you don’t get him.

Don’t you think our current problems are partly caused by signings we’ve made over the last few years being generally underwhelming and too infrequent?

Don’t you think this is partly caused by our scouts struggling to identify quality players before they exceed our budget?

This – and the guy from Barca’ – are the most positive things to have happened to us in a long while. It makes me feel much more upbeat for the medium and long term. Next season must be Wenger’s final one at the Club – if it goes that far. Any attempts to extend past May 2019 would be an act of self harm. There may – depending on what happens in the next four months – be a case for calling time in May 2018. But the fact we are putting a structure in place is hugely encouraging… Read more »

Umm, doesn’t “briefing members of his new network of scouts” suggest he’s using the same scouts? As in new to him?

I’m good for any positive sounding developments, even if they are the first steps to renewing Arsenal’s structure, and probably won’t have much impact until the summer.

I don’t think it is just scouting that needs to be improved, There has to be more of a commitment to spend the money that is necessary to get the top players. Virgil Van Dijk is just an example. Liverpool went out and spent the money while we also need better defense and apparently didn’t even try to get him. We never seem to be able to compete with the other top teams to get the best players. We just seem to miss the opportunities or we are just not willing to spend what is needed. Either way if we… Read more »

Already spending their Coutinho money me thinks.. did you see the leak on Nike?

Did we even try to get the Fabregas money and spend it wise ?

Kwame Ampadu Down
Reply to  Fuhgedaboudit

We could have got Van Dijk from Celtic for the same price we paid for Gabriel, a clearly inferior player….so i would say Van Dijk is proof of the importance of scouting….

We all were impressed with the Holding deal to be honest.

Patrick
Reply to  Kwame Ampadu Down

Very true. I also thought the same when he was at Celtic!

The transfer market is getting crazy. I love when the club spends money and buys quality players but I think right now at the moment, there’s no value in the transfer market. Yes, obviously, you have to spend and strengthen the squad but the amount of money which is being splashed for horse shit *Lukaku* is insane. I think Sven is a by far our best transfer in the last decade. He will bring in quality players to the squad and with the financial stability we have right now, we have a higher chance to hold on to them than… Read more »

Maybe it was just me, but I read that ‘talking to his new team of scouts’ as talking to the Arsenal scouting team, who are new to him.

Maybe it was just me, and it isn’t saying your interpretation is wrong, but I just assume they meant the Arsenal scouts were his new team rather than a whole new team of people.

This is off topic but can not believe after just watching the finish of the Manchester City game they must be playing with horseshoes in their pockets. Manchester City should have loss at least on to occasion’s. Townsend blew an easy goal and then Crystal Palace blew the penalty kick. Ridiculous.

That reminds me, I also need a haircut.

lets just be happy there has been a change !! ok !! that is a good move for a club and has to be done bit by bit or it falls apart !! lets just be happy we got some change !! lets pray it works and get behind the new people coming in and the club players and manager !! new year cam bring new focus !! 3 points to start with from next game !! COYG’s

Wenger got a haircut…. wow.. completely missed that.