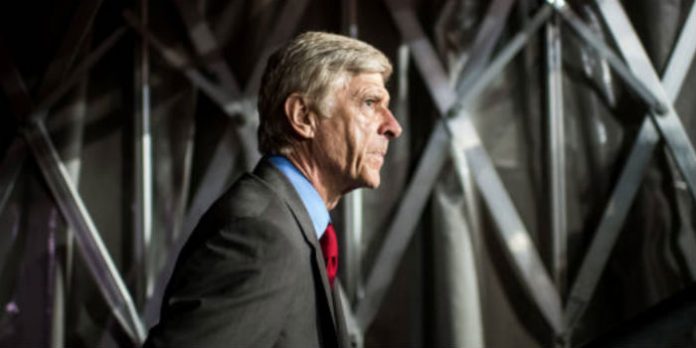 Not for the first time, Arsene Wenger has called for the January transfer window to be done away with, to ensure that players are not distracted by the possibility of a mid-season move to another club.

The market opens again on January 1st until January 31st at 11pm, and the Frenchman is expecting some action – in particular bids for players that might go out on loan.

As ever he says if he can find quality out there he’s open to making a signing, but in general he would prefer that all transfer business be done in the summer.

Speaking to the official Arsenal website, Wenger said, “I would scrap the transfer window in January, completely cut it off.

“The players today are very well paid, they make a lot of money. What you want in return is commitment to the club for the whole season.

“I think that’s absolutely vital. You should not be able to move once the season has started until the end of the season.

“What happens now is that you’re contacted 48 hours before the end of the transfer market and people ask if you’re still interested in a player you worked on for three months. They close the door and open it suddenly with two days to go.

“It’s all rushed decisions and hectic in the last week. I believe that is not right.”

Whatever you think about the Frenchman’s transfer dealings, it does make a lot of sense for there to be one window. While the market does give clubs the opportunity to strengthen, it also allows agents and those with a vested interest in moving players on the chance to unsettle and destabilise.

Which is probably why it will never happen, but it’d be no big harm if it did.

Too sensible by far.

He’s right on this and also that the main window should slam shut before the season starts.

I love arsene and his morality but maybe he wasn’t cut out for the transfer business.

It’s too evil and so are the agents. Maybe Arsene tells those agents who come with 48 hours left where to go. But other clubs seem to get the deals done throughout the window
Maybe all we need is a DoF/head of football relations to do the dirty work as we get Arsene to focus on recommending and coaching

That’s what David Dein used to do…

Boring level 100. Embrace the reality and deal with it, or stop moaning.

He was asked his opinion by a journalist.
You gave an opinion and weren’t even asked for it…

No he wasn’t, this is from the official Arsenal website

The only thing Arsenal remain world class at, a constant stream of manipulative PR bullshit!

All I read is “I hate Arsenal right now, but they act like I should love it! Screw them!”

Neither were you so with all the respect-get lost.

I was not replying to you John but to the other fellow who seems to miss the point of social media as space were people can share their opinionw w/t asking for permission to someone who has a different point of view.

I was just pointing out your hypocrisy…

Think we all know what the C stands for in John C.

Alternatively shorten the window to one week.
That would cut out a load of agent+ bullshit.

There’s also a risk that the richest clubs will stockpile players even more if they know they can’t dip into the market in January to replace injured/non-performing players. So there will be more good players sitting on wealthy club’s benches.

All things considered I’d still prefer to get rid of the January window. Like Arsene says, it would be good not to have the distraction mid-season. And I like the purity of having one fixed squad to compete over the whole season.

Interesting point you make about richer clubs stockpiling more players. That could well and truly happen. It would also in turn inflate wages since rich clubs will pay too much for bang average players who would then try to leave in coming years.

If a player is prepared to join a rich club knowing that they can’t play him due to the limit of 25 registered over 21s players (Inc 8 ‘home grown’) then I don’t think they’re players we’d want in our squad.

I get it, and I don’t disagree, but considering he once used it to get the likes of Diaby and Adebayor, rather than bemoaning it, how about you use it to your advantage? You know, like getting the DM we’ve needed for a decade? And it’s not like the Jan window hasn’t saved us before. Arshavin single-handedly got us into the top 4. And if he had just gone out and got a striker in the infamous 07/08 season when Eduardo got broken and Van P was still made of chocolate and instead depending on Bentdner, we maybe could’ve won… Read more »

Everything he said was wrong, as per usual. The transfer window isn’t there for the benefit of the clubs but mandated by the EU to give players the chance to seek a new employer if they find themselves unhappy. Despite what Wenger might say not all professional footballers are very well paid, in fact most of them aren’t and the vast majority have a very uncertain career. As the law isn’t allowed to discriminate between a player on £200k a week at Chelsea and one on £300 a week playing in the Greek third devision what Wenger is really asking… Read more »

Really? He is asking for exploitation? Way to twist his words… Frankly, there would still be a sort of a window, if the law requires it, but you have to be blind not to see the current status of it is a bit crap. If there needs to be a window, change how it works. I quite like the suggestion of the commenter above that said only loans should be allowed, although that would still be abuseable. If it’s just there to avoid exploitation, why not make a panel to evaluate that in January, case-by-case, if it’s that important? Then… Read more »

I haven’t twisted his word just pointed out the consequence and no there shouldn’t be a panel to evaluate if a player is adequately unhappy to seek new employment, they’re not slaves. You’d never say that of a supermarket worker if they wanted a new job so why would you of a footballer?

A player under contract cannot change his club unless his current club agrees. He can, of course, stop playing football at any time and get a different job or stop working entirely (that is why he is not a slave). And, of course, a club with a player under contract cannot stop paying the player until the contract expires. The coach can choose never to include him, but he can hold the club to his contract. Ask Debuchy.

The consequence of the January window being closed will not regress to exploiting footballers. The market already exploits footballers with great efficiency. Wenger’s point on worse exploitation: the January window is being exploited by using players as chips to destabilize teams/managers at crucial points of the EPL season (which has no winter break to accommodate business like a reasonable person). You’ve literally twisted his words and accused Wenger of wanting to turn footballers into slaves. That is truly bizarre, and I hope you’re just really mad or something, and don’t believe that the manager is some evil overlord mastermind or… Read more »

Exactly, the system as it stands exploits footballers as they’re not free to seek new employment when they wish. The transfer system is a compromise that still many believe (FIFpro the players union being the main one) isn’t fit for purpose and illegal, and that professional footballers do not enjoy the same freedoms that almost every other EU worker does, and would rather do away with the transfer fee system completely. Most people if they find they want to leave their job can break their contract by serving a notice period, this is not the case for footballers, which is… Read more »

The EU does not require a January transfer window; there is no such law. (You may be thinking of UEFA, a rather different entity.) And quite obviously, its purpose cannot be to help lower-paid football players (or any others), since none of them can leave unless their club agrees.

Wrong, neither UEFA or FIFA have the ability to overrule national laws, they just set the rules for their competitions, which in turn have to comply to national laws

This excerpt is from the transfer window page on Wikipedia:

“The window was introduced in response to negotiations with the European Commission. “

what goes on in your head to come up with that conclusion???

Which bit are you having trouble with?

In other news, wenger also called for an end to defending in the league in a bid to put a stop to anything he isn’t quite good at.

I agree, but it will never happen. The reality is that speculation drives interest and clicks, and thus better numbers to sell to sponsors. Football is business, and they’re not going to put their revenue at risk.

He wouldn’t say this if he got VVD in January like Liverpool are about to do.