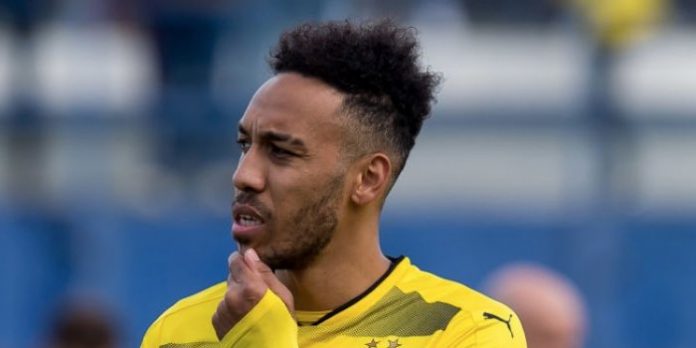 Arsenal have completed the signing of Pierre-Emerick Aubameyang from Borussia Dortmund, according to a statement released by the German club today.

The Gunners are believed to have paid a fee of €63m for the 28 year old Gabonese international, and he becomes the second major arrival at the club after Henrikh Mkhitaryan replaced Alexis Sanchez earlier this month.

It brings to an end a long and difficult negotiation between the two clubs, and at some points it looked touch and go, but in the end Arsenal have pushed and got the deal over the line.

Aubameyang joined the German side from Saint-Etienne, and has scored 141 goals in 212 appearances for them. Arsene Wenger will be hoping his connection with Mkhitaryan, as well as dovetailing with the creativity of Mesut Ozil will bring a new, fresh dynamic to Arsenal’s attacking play.

In a statement, Dortmund’s sporting director, Michael Zorc, thanked Aubameyang for his service: “Apart from the unpleasant events of recent weeks, we like to remember that the story of Pierre-Emerick Aubameyang at BVB for more than four years was a single success story.

“He has done great things for Borussia Dortmund at this time, scored many important goals and is part of the team that brought the DFB Cup to Dortmund in 2017.

“We wish Pierre-Emerick all the best for his future at Arsenal.”

For more on Aubameyang, read this in-depth profile piece on Arseblog.

Auba: We just have to play hard against Liverpool

Arteta: It’s a joy to work with Aubameyang

Welcome to The Arsenal PEA.

Yes, now let’s say fuck you to Chelsea and keep Giroud or send him to Dortmund on 6 months loan.

There is no way we can resolve Chelsea striker situation

I think Giroud’s wife is holding the cards right now and she doesn’t want to leave London. Why not keep him and loan out Laca to see if he can find some form again. I can’t believe how slow Laca looked chasing the Swansea CB yesterday…

he should go to watford instead, the training ground is right next to ours

Exactly. I have seen many games with Aubameyang in the last years and he is certainly no one who can carry a team to a win*, like Sanchez did sometimes. And that is o.k., but it also means that our team as a whole has to improve. This transfer won’t make us magically better, even though it’s a great one. *He isn’t nearly as effective in front of goal as some apparantly think and he isn’t much of a passer or someone who can keep the ball in the final third either, BUT he has a great sense for the… Read more »

Ohhhh he will shine alright.

With The Oz, Mickey Henry, a (hopefully) fast awesoming Wilshere, Xhaka Laca behind and alongside him….. HOW THE HELL CAN HE NOT?!

Hell, even the law of cosmic averages suggests that Auba will be sensational now that we’ve sold the other speed demon who flattered to deceive sometimes – Theodore Walcott. Right? RIGHT?!

Fiiine fine. I only wanted to use the words – Xhaka Laca. So Xhaka not really. Really.

Too Drunk For Offside
Reply to  cheekyjc

With the att more or less sorted, Lacazette, Ozil, PEA, Mkhi, feel there is a need to invest heavily in defensive and defensive coaches.

Nothing short of 2 new CBs and a shiny new holding midfielder will do. However Wenger won’t sign a defensive midfielder because as we all know leaking goals is better than giving up trying to ape the Barca type system that has taken this club to dogs.

EnoughFalseGunners
Reply to  Too Drunk For Offside

AW has his faults but that’s just disrespectful. The team has been playing the “Barca type” system more or less since Wenger’s arrival in 1996 (with some relapses, like… in the Swansea game). Tiki taka had been around before then but did not become what we know of it now until Pep took over in the late aughts.

It’s on Arsenal.com now too

Now we just need the Ozil news confirmed and this would have been a good window.

That’s been confirmed too 😀

I’m hyped up, Jesus Christ. Now what about that David Luiz bloke?

Can this Irish Lad, O’Bameyang, play centre half?

If you paired him with that Miki Italian chap then yes.

He could also be Irish: Mick O’Tarian.

HAHAHAH good one.. especially reading it in my state of mind

Something feels wrong…. Arsenal sign good player in January. It doesn’t feel Arsenal at all.

And so early on the deadline day…

Great! Now we can lose games with some dignity.

Hopefully we can now play Chelsea and sell OG elsewhere.

So we lose Sanchez and Giroud, but gain Boomerang and Mick O’terian, and hang on to Ozil? I’m fucking happy with that! Shame about the loss last night, but overall I’d say we’re stronger than we were.

WELCOME TO THE ARSENAL AUBA! God we need your goals.
Hopefully this arrival will give Lacazette a boot up the bum, and Mikh his old friend back. His pace and movement will give Ozil someone to aim for too.
I’m sorry to see Giroud leave though, that places more pressure on Welbeck to be the option from the bench.
What are the chances of signing a CB? I hear UTD are going to sell Blind to Roma…

V is for Vic Akers

After watching his goals i can’t see why we’ve bought him. We’re not creating chances and he looks to specialise in tap-ins. I could be wrong but this looks like it might be a very expensive mistake to me.

When you’ve got Ozil and Mkhitaryan behind you,always being in the right place for a tap in is a good thing

Answer, because we have sterile dominance of the ball and we don’t create chances, that’s not going to change with Aubameyang.

Lacazette movement is a bit poor. He isn’t quick or strong.

Lets go crazy and sign a decent defender too. Oh and sort out the centre midfield.

Done….now someone chain Giroud to the Emirates, get him under house arrest….just dont allow him anywhere near Chelsea till tomorrow

HAHAHAHA I hope all those dicks who said it was all just media from the team in Germany and that we never had any intention of signing him will now shut the fuck up!! Fucking morons!! Happy days.

guys, let’s get rid of Declan

Finally its done. Expect pace and explosiveness of the attacking forward from Auba and Laca. Now a midfielder pliz

Straight into that LWB slot so he can learn to defend!

On more serious note, how do you guys think we gonna play now in terms of shape?

Please don’t tell me it’s Laca on the wing…

Yeeeeess!!!!! This and ozil extension the same day? I’ll have to find a chair and sit down.

Deal over the line, and with hours to spare! We can do it! ? now let’s tell Chelsea to sod off and keep Giroud here!

Now can we just lock Giroud up till 12 A.M

Wenger, now pull the plug on the Giroud deal. One can only hope.

I was so excited about the arrival of auba joining ozil mikhi lakaz wilshire ramsey in our team..but yesterday defeat brought me back to earth…we can buy the best player in the world but we’ll still play like shit…

Can we just have this conversation tomorrow….we just signed Aubameyang ffs!!!

The biggest transfer would be for Wenger to leave

So bittersweet about this, really happy we getting at great player, showing for some reason, we can still atract good players, but at the same extremely down for losing OG, man he was one of my favorite players in the team, always giving his all, great player, not as flashy but with an underrated technical ability, scoring constantly for us, his link up play, aerial prowess (Specially in defense) and hold up play will be missed, and also dem scorpion kick goals x.x Also, we really should be going for defensive options, we sorely lack a DM, and upgrade the… Read more »

:et’s hope we sign at least one defender, even Jonny Evans will do!

Thank goodness that one is finally done, hopefully the two new arrivals will spark some life into the attack and provide Ozil the firepower he needs around to maximize what he is capable of.

Your first mission is to form a proper striking partnership with Lacazette. They’ll tell you that tactically it can’t be done but (a) we’re The Arsenal and we laugh in the general direction of accepted tactical wisdom and
(b) we spend a lot of time during games in a 2-2-6 formation anyway.

Let’s hope he has not just realised that Arsenal is a stepping stone for players to get to the PL and then perform to get the big money signing to one of the money clubs?Is that what we are?

AW’s talk to players;
“Look, come to Arsenal, do your thing and maybe you can end up at ManU, ManC or even Chelsea one day.”
Player; “Well that makes it a little more interesting i’ll say. Yea i’ll come to Arsenal”.

How come we didn’t offer Chelsea Welbz, Chuba and a free haircut for Conte instead of Giroud?

What a bitter sweet day

Welcome to The Arsenal Pierre!

May I submit the following for your consideration and delectation?

To be sung at half speed to the tune of Ram Jam’s Black Betty.

Starting to wonder if there isn’t a Manager lined up somewhere who is busy making his player picks ready for a summer takeover.

French & German League top scorers are now Arsenal players. When can we embrace the goals..

Great news. Now all we need is a new manager…..

Please. And a cloned, 26 year old Gilberto Silva. There has been an imbalance in the ‘force’ since the baffling decision to let him go…..

ha, long and difficult negotiation, my arse , no it wasn,t , the only thing that made it difficult was arsenal , if they had given what Dortmund wanted in the first place he would have signed for us TWO WEEKS AGO , but as usual arsenal have to leave things to the last minute

thankful is done and dusted…

i want to PEA

the thing about signing Aubameyang means that with his ‘top top quality’ calibre, we can play the terrifying quartet of Ozil, Auba, Laca and Micky up top with 1 supporting full back depending on which flank we’re attacking from (1 full back goes up the other stays down). With their combined quality, 4 of them + 1 full back will be good enough to unlock defences. We can then concentrate with 2 holding midfielders (AMN + Elneny)- AMN to screen the DM and cover the full back that’s attacking up the pitch with the quartet, while the other DM in… Read more »