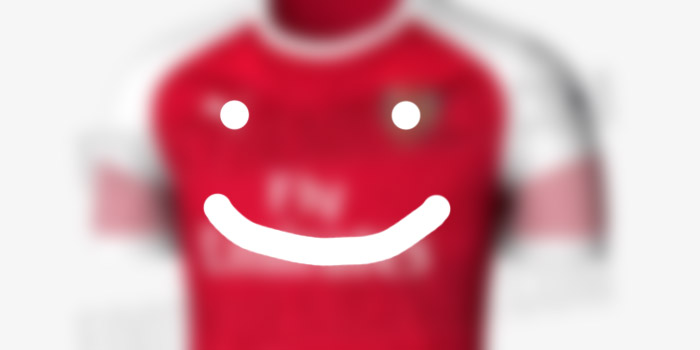 As is customary at this time of the year, the kit pictures for the upcoming season start to emerge.

As is also customary, the folks at Footy Headlines seem to get them first, and they’ve revealed next season’s home kit, which you can see below.

This is going to be the final year of the current deal that sees Puma design and manufacture the kit.

There are strong rumours that the club are in discussions with Adidas over rekindling a partnership that produced some iconic shirts in the past, and Nike have also expressed an interesting in hooking up again like we did before.

While they don’t have the full shirts, Footy Headlines also have the reported colour schemes for next season’s away and third kits.

Haha. That exactly what I thought when I saw them.

Puma have stuck to their formula of the last few years. Home shirt looks copied and pasted with one big difference.

Away shirt looks a bit pukey.

I’ll be glad to see the back of Puma. Bring back Nike.

The reg rings on the arm looks like the hinge part of a bendy straw. Maybe the sleeve can be pulled and it stretches into a long sleeve shirt meaning that no one has to care what sleeve type the captain wears!

that would actually be fucking amazing.

I think Flamini got fined once for cutting off the long sleeves because he liked to play in short sleeves. So to get even, he decide to save the world.

I’ll always remember the comment on here when that happened. ‘Flamini has the right to bear arms’.

George
Reply to  A Different George

Haha. Exactly what I thought too. Slinky sleeves!

What are those sleeves?

The most important sentence of this article:

“This is going to be the final year of the current deal that sees Puma design and manufacture the kit.”

Puma can’t leave quick enough in my opinion, they have always been second-rate.

Let’s hold a little bit of perspective. Yeah the designs have been meh, but the money Puma offered us allowed us enough freedom from our mortgage to have built our current team. It’s due some credit…

As usual with PUMA a case of a nearly lovely shirt ruined by some weird detail, in this case, those sleeves…

Is it made of velour?

bring back the yellow away kits!

The home shirt is bearable but the away and 3rd are pretty poor.
Unfortunately that’s what we expect from puma.

Video games and football kits – surely the two most complained-about things on the internet. I swear I don’t think I’ve ever seen a football kit announced that prompted fans to say “hey, that’s pretty nice”. Of course, everyone is entitled to an opinion but I knew as soon as I opened this article and saw a kit that wasn’t a totally flat red torso/white sleeve design with no bells and whistles, the comment section would be awash with the mealy-mouthed whinge brigade. I love this shirt. I love the textured torso and the pencil-thin rings around the sleeves. It… Read more »

I remember a lot of people loved the burgundy/wine kit we had in our last season at Highbury.

And for good reason; it was an awesome kit and a great color.

These sets, though… Rubbish. Simply Rubbish.

Who needs nominated captains everyone is a captain.

Jeez, how can they always get these things wrong, I just don’t get it. Just make the shirt red and sleeves white, what the fuck is hard about it? Why the stupid, pointless details? At least the away kits seem to be an upgrade from the utter fashion crime of this seasons kits. But still, I ain’t no fashion guru, but is it not common sense, that if you have a colored shirt (e.g blue, yellow etc) then, combining that with pants of the same tone is just plain out hideous? I just can’t imagine what they are thinking at… Read more »

If they made just classic shirts, red and white home, yellow away, people who are either gullible, or give in to easily to their kids, would just keep wearing the old shirts. Puma and the club make less coin. Ivan then would only be about to afford half hour ‘happy ending’ massages in the rub and tug on cally, rather than the full hour.

What the fuck is that on the sleeves? Can’t we get a new deal in place now and release Puma as they obviosly don’t want to work with us?

Interesting design, those sleeves must be optical illusions to confuse the opposition.

Maybe there’s some bad blood between Puma and Arsenal? I don’t know how to explain those sleeves other than a big eph-yew to us. This is surely their equivalent of taking a dump on your boss’ desk when you quit.

I wouldn’t trust Footheadline’s renders when i comes to the sleeves, their own mock ups are usually way off and are based on written descriptions as opposed to actual images of the kit. I suspect the fabric will look less ‘camo’ too

Actually they usually get it mostly correct. They have been reporting for a few months that the shirt would have a heather look. Hopefully, the lines on the sleeve wont be as pronounced as this though.

This season’s home kit with stupid lines on the sleeves. Wow, lazy fucks.

I quite like the heathered Red, but those slinky sleeves have gone and spurs’d the whole thing!

Does this mean no sleeve sponsor for next season, or will that be added? I’m sure I read on here we can have sponsors for the 2018-19 season?

Haven’t bought a jersey since 2011 and it looks that streak will continue.

Horrendous sleeves! Good riddance to Puma once our contract with them ends.

Abysmal. Just like all the Puma kits since we teamed up with them. Although the last few years of Nike kits were shite too. Bring on Adidas please.

I really like the shirt with the smilie ? blogs clearly has a clearer idea ? don’t know about you guys but I also preferred the cannon pointing the other way – ready to blast away chavs, manure and bindippers!!! This way looks like we are taking aim at Norwich or Ipswich!!!

Good news that saves me £80. Shocking.

Mach to be you

The red looks good, maybe the hypnotic sleeves will look better/come across more visually pleasing when it’s being worn by the players? Haha But I do sincerely hope so, really. *fingers crossed*

if puma could do something so i dont have to see every one of my favorite players’ nipples any time they appear that would be great.

Those sleeves will be covered by ads next season anyway.

Let’s umbro a run! The 90’s are fashionable again

Shirt looks great until hey got to the sleeves. Almost the classic Arsenal shirt til that. Couldn’t leave well enough alone, could they?

That third kit. I guess we are Barcelona in disguise. I seem to recall them using that color

Fuck Puma and their insistence on putting us in blue. FFS bring back Adidas and please give us a yellow away strip.

Man, we’ve fallen a ways from the days of 2006, haven’t we? We go from an amazing burgundy kit (granted, it was a one-off for the last year at Highbury), to… whatever the hell this thing is supposed to be. We’re not about pinstripes. And if we were, making them into armband-like hoops ain’t the way to do it. With pinstripes, it’s all or nothing; either the whole shirt has to be pinstriped or none of it should be. Making it partially pinstriped is just silly. And could we PLEASE, PLEASE go back to using yellow as an away color.… Read more »