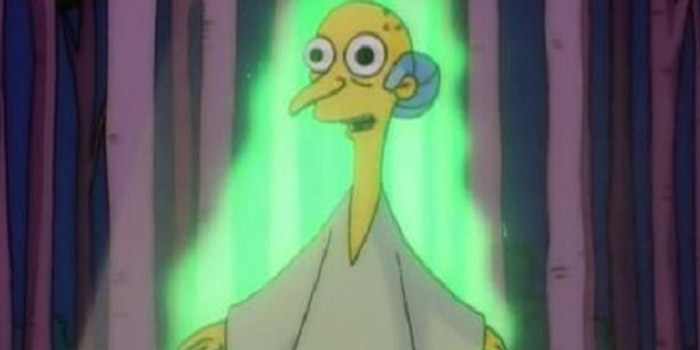 Arsene Wenger says that despite numerous confrontations with Jose Mourinho down the years, he’s looking for a peaceful final chapter when his last trip to Old Trafford as Arsenal manager takes place on Sunday.

The boss and the Portuguese wankblister have clashed multiple times down the years, mostly during his two spells as manager of Chelsea, but with things a bit calmer now, the Frenchman is looking for something of a detente (if only they had a word in French for that).

Asked about his difficult relationship with the Mourinho, Wenger said, “You should leave me and give me a little peace for my final weeks and not try to push me into final confrontations.

As for his last visit to United as Arsenal manager, he continued, “I always got a great reception at Old Trafford.

“I don’t know what kind of reception I will get but we will be focused on winning the game.

“We always had some great battles in 22 years.”

We certainly did, particularly in the first 10 years when the rivalry between himself and Alex Ferguson was at its peak, but United fans singing that song about Wenger remains an unpleasant part of that history.

It doesn’t matter at all now, but it would be nice if there was some acknowledgement of how the Arsenal/United rivalry was so good and meant so much to both sets of fans.

Check out the extra Arsecast Extra

This Arsecast Extra was recorded with ipDTL

A little bit off topic here, why the f are people mentioning LVG as our new manager?

From what I heard, he said something along the lines of “I have been made an offer I cannot refuse”. People are then putting 2 and 2 together and linking him with the Arsenal job. Certainly would be a bold decision. Also a very unpopular one.

Because people earn money for talking absolute shit about football

Is it just me or are the names being touted as Wenger’s replacement mostly very underwhelming ? Even the likes of Benitez and Simeone, great tacticians they may be, but I can’t seem to get too excited by the thoughts of them at all. The good ones are already in good jobs. Starting to think that taking a punt on Paddy Vieira or Mikel Arteta is the way to go.

If you put being an Arsenal fan to one side, that would be fucking hilarious.

I expect United to be a class side and honour Wenger with a memorable farewell. COYG

Can’t Arsene have a fight with Mourinho (Arsene wins of course like last time) to celebrate their relationship and entertain us fans?

Being nice together would be hypocritical given their past relationship.

Man United: The only self-sustaining club more successful than us in England. Cash rich, with passionate, proper fans, but shattered sense of identity on the pich, and desperate for a return to the free-flowing, swaggering football they were accustomed to in the past. Their current manager is stinking the place out. One A.W: One of the most coherent, lucid and visionary of the recent club managers. The nuanced utterances of this polymath, polyglot genius, were often lost to some simpletons, yet the majority of Arsenal supporters knew and understood him very well. Possesses the courage and vision to be a… Read more »

It’s hard to imagine either the management team or the supporters accepting Wenger. Yes, if Mourinho cannot win either the Prem or Europe in the next two seasons (or even one), he will be gone because silverware is the only justification for the way his teams play. I think the logical replacement, and ultimate irony, would be the neighboring coach who, by then, will be bored of winning with endless oil money.

I’m expecting a good reception from the Utd fans for AW. Hopefully even the classless cretin Mourinho will show a little respect towards the boss.

A Different George
Reply to  MrSweaty

I suspect that Ferguson will do something–maybe even come down to the pitch before the match to shake hands–to set the right tone.

As an aside, Mourinho is a mega cunt.

As someone who has recently been suffering extremely painful running-related blisters , the idea of a “wankblister” strikes me as a sufficiently awful way of describing Moron. Well played sir!

Don’t think I’ve ever had a wank blister before

Arsene for the last time please don’t use UTD match as an excuse for losing to ATM…. We don’t need to feed too much of starters….. Cos I trust moronho he will rather lose this one than losing out on European silverware

I hope Arsene spits in Mourinhos face and kick him in the balls. Thats the least he deserves.

…… and is then banned from Burnley game and his final farewell – not a good idea!

I don’t know if it’s just me but this match means as much to me as the next. This is a match where a draw won’t do it for me, we have to win. I’ll take a draw in Spain but that 1-3 loss at home in spite of all our chances hurt our season more than most matches this season and it needs to corrected, avenged. It’s also last salon, if we don’t win this match I doubt we’ll be capable of picking ourselves up to qualify for the final. We need a winning streak to finish the season… Read more »

Have you watched the current Arsenal under Arsene? I’ll just be happy to come away without a total embarrassment. Tbh, same in Spain. But I’m more optimistic about us creating some kind of miracle there.

Who would have thought that Man U v Arsenal would one day be a totally meaningless game? But that what this game is. We should play the under-21s and let them win 10-0. This match is utterly irrelevant.

Let’s just hope we can go to Madrid and win out there. That’s all that matters right now.

i’ve never felt such disdain over another manager besides maureen. over the years, he has shown complete disrespect and utter lack of class, not only to wenger, but other managers, and even his own staff at times. we of course would remember the incident with the chelsea doctor, or the eye gouging of vilanova, or the countless personal insults he would hurl at any other manager. that being said, i’m not expecting much from him. but our next battle, will be the final remnant of the 2 great teams that dominated english football in the late 90s – early 2000s.… Read more »

It maybe the right time to go but if I live to be 158 no other manager will love the arsenal Like he does! Love the arsenal like I do that’s ll I want.