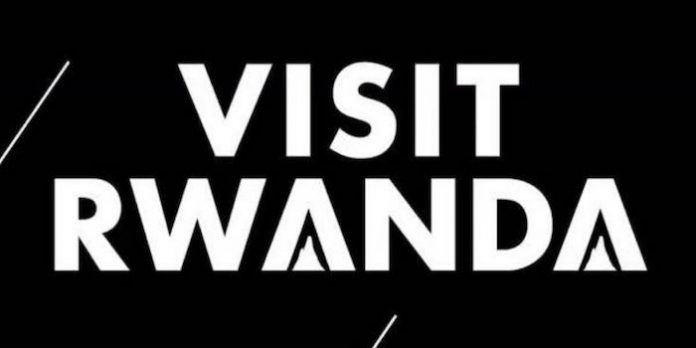 Arsenal have announced that ‘Visit Rwanda’ has become the club’s official tourism partner and that part of the deal will see their logo displayed on the team’s shirt for the 2018-19 season.

The new sponsorship opportunity came after a restructuring of the deal with Emirates allowed for another partner, and after a long process an agreement has been struck with the Rwanda Development Board, through their subsidiary, the Rwanda Convention Bureau.

The club’s commercial manager, Vinai Venkatesham, said of the deal, “This is an exciting partnership which will see us support Rwanda’s ambition to build their tourism industry.

“The country has been transformed in recent years and Arsenal’s huge following will bring Rwanda into people’s minds in a new and dynamic way.

The Arsenal shirt is seen 35 million times a day globally and we are one of the most viewed teams around the world. We look forward to working with the ‘Visit Rwanda’ team to further establish the country as a leading tourist destination.”

The financial terms of the deal are not revealed, however our information is that the club were looking for around £10m per season for the sleeve sponsorship rights alone.

It may well be a case that it’s all wrapped up in the overall partnership package, and perhaps the sponsor’s logo will distract us from the awful sleeves on the new Puma shirt.

Visit Wakanda would get us 10 mil a year easy, and possibly a vibranium reinforced white wolf as DM.

Sponsorship for sleeves should be good for our transfer arms

I see what you did there… Actually, in photos on the official website it doesn’t look half bad. Just some understated black text amidst the red bands on the sleeve.

I was envisioning something like that Angry Birds one, which is an obnoxious patch that takes up the entire sleeve. This is much better.

I can’t quite put my finger on it, but there’s something that leaves me a little bit uneasy. I mean, the Rwandan government isn’t that rich, I’m sure they could’ve found other uses for the fund for it’s people? But then, if it leads to increased tourism to the country, then I guess ultimately that’s the greatest benefit. I mean, I didn’t even know Rwanda was a tourist location. It’s sadly only well known for its genocide (which is probably the point for the sponsorship, I guess). Would’ve been great if the sleeve sponsorship was used to support a charity… Read more »

You got to speculate to accumulate

Paul Kagame, their President is a keen Arsenal supporter. Might have played a role.
Rwanda also is a fast improving economy

He also spectacularly wins democratic and fair elections with 97% of the vote. Well done to Arsenal for jumping into bed with them. Also, couldn’t Gazidis have found a higher profile and higher-paying sponsor?

Faisal Narrage you don’t know anything about Rwanda take your time and read, and the make sure you back here and correct your self

Faisal, you need to visit places and find out stuff for your self. Many African countries do better than reported by the news media. They don’t have any support like most developed countries do. It is you take care of your own by yourself. So Rwanda has the means to do what they are about to do with arsenal to drive in people like you to experience via visiting them rather watching liars on TV.

Rwanda doesn’t have beaches so it is all about safari. However, if Arsenal improves the way Rwanda has been improving, we will win the CL next five years.

You’ll find that it’s for the good of the country. Tourism brings lots of money in this region so advertising it isn’t the worst idea.

Also if you visited Rwanda you’d see what a mighty job Kagame is doing for his people.

Rwanda is on a great path and truth be told Paul Kagame, a gooner as well, has done tremendous things for them. Tourism around East Africa is big big business. Kenya, Uganda and Tanzania need no introduction especially for the wildlife. Rwanda on the other hand is a good destination that has been under advertised. Very nice country and this will help them a lot. Being Ugandan I’d say I like the deal a lot. You’ll never find a region that’s packed with Arsenal fans like East Africa, outside north London. Looking forward to the tour at the end of… Read more »

I’d say you are rambling. Rwanda is currently reputed to be one of the most beautiful and cleanest countries in the world today. The genocide is a in their past and has forged a unity that was unexpected. Fastest growing economy, great tourist destination and a good place to live in, today. I’d say this sponsorship has merit for both sides and there may be a lot to gain. We’d see.

Their twin brother country Burundi is doing awfully bad. Hope no disturbance will come to Rwanda from there.

I bet you thought it was Wakanda

At least it’s not another betting or loan company

Let’s cover up those sleeves!

“The Arsenal shirt is seen 35 million times a day globally…”

I would love to see the calculation behind that. Any ideas?

That’s less than the reality, I mean it’s more than that, come on, simple mathematics, If I Hassan since I woke up at five come across five Arsenal Jerseys from five in the morning to six in the evening, how many people would have seen the very same Jerseys that I saw in my town lots of people, Ok then make it around the World

Any made up stat is a good stat if it favors you!

It includes those who see it in their wardrobe before picking another shirt to wear for work.

This club surprises me everyday at the moment. How random.

Is that the same place The Black panther lives?? Why we not sponsoring Thor, his my favourite.

It is, only they are called the Hutu…

It’s because we got Loki for a coach!

Well that brings our transfer budget up to 60m which still doesnt pay for Oblak ?

UGooner
Reply to  Ya gooner

April Fools not … random shit. Rwanda. Pre-season in Rwanda.
Squad gets kidnapped and held for $300m ransom at Hotel Rwanda. Stan refuses to pay. Season over.

Plz this is rwanda the peaceful country to stay
The beautiful country to visit
Come and see the diferent imformation u got in the past , now the Rwanda is the best country
Thx Arsenal for sponsor the amazing country.

I hope the ethics committee are aware of the rampant human rights violations perpetrated by Paul Kagame’s regime. I guess it’s no different to jumping in bed with oil money (Emirates sponsorship).

Fly Emirates. Except to Rwanda. Emirates don’t fly there.

Glad that our shirt sponsor isn’t a betting site or a corporation like Tesco or Walmart. We have managed to make money as well as serve exposure to a country that is developing and can do with the extra publicity/tourism.
The Arsenal Way.

Hopefully the graphic will cover up the horrid sleeve stripes

Dutch parliament are debating the sponsor deal, because the Netherlands are providing financial aid for the country and want to put the aid on hold because they find the sponship deal inappropriate…