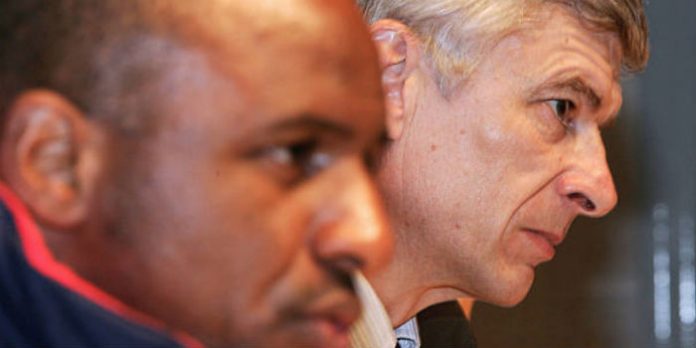 Mesut was singled out for criticism by Martin Keown and on first glance at the game you could see why: Ozil did his typical job of passing quite a bit and camping in the final third but lacked a that killer final ball or shot.

Ozil averaged 3.9 key passes per game in the Europa League, 2nd best behind Sergio Canales but tonight he managed just 1.

Ozil was 2nd on Arsenal behind Xhaka in overall passing (57/67) and first among all players in final third passing (31/38). 82% passing in the final third against an Atletico side who are pressing constantly is an impressive feat. It’s also important to note that the only way to break down teams like Atletico is by using intricate passing in their area and Ozil and Jack Wilshere are keys there. Jack was 4th in the Europa League in short key passes this season.

What some people criticized is Ozil’s commitment in the tackle or his overall workrate but Ozil did win 4/4 tackles, two down the side when he was moved there, one in his own 18 yard box, and one in the opposition 18 yard box which we will get to in a minute. Four tackles for any player is great but when your attacking midfielder is making four tackles and leads the team in final third passes, that’s far from a lazy performance.

What rankled were the few chances that Arsenal did create. On the chart above, Ozil makes a tackle in the Atleti box. He then makes a dribble (his only dribble) and gets free. But instead of a shot he elected to cross. He actually did this twice in the danger area as you can see from the image below.

Those two attempted passes into the six yard box were critical. If he completed either one, he’s the hero of the day. But he misses both and Wenger goes home red eyed and ends his Arsenal career with zero european trophies.

Maybe Ozil should have shot. Maybe he was unlucky. Maybe this is just bad luck: Henry also missed in the Champions League final and Vieira missed a penalty in the first Europa League final to deny Arsene/Arsenal a European trophy before tonight. Regardless, it’s a sad night in Madrid and the reality that Arsenal’s finishing in the first leg and propensity to leak goals over both legs were the reason why Arsene Wenger and Arsenal aren’t moving on to the final.

Sources: Opta, my personal formula for the Expected Goals

Arsenal 4-0 Norwich City: By the numbers

Manchester City 3-0 Arsenal: By the numbers

Portsmouth 0-2 Arsenal: By the numbers

I did not expected anything else, so not disappointed per se.
But winning the trophy might have put us in a stronger position to get a better manager.

I can feel for Wenger though, as this is 100% his team and they did not have it in them to score a single goal(regardless of their record at home)
Shows the type of team he has built.

I will probably miss other games in the season now, here’s hoping all the best to AW.

Pay a manager enough and give him the hope that he can compete for major trophies then most overseas top managers will come. What we will get though is the Eddie Howe option of a fairly unknown manager who’s happy to be offered such a massive job at huge club and will be happy to work under the constraints the board will put on him. What we need is an Aleggri, Simeone type that are proven winners and want to win the top honours and will prerssure the board into giving them the funds to facilitate that. The former option… Read more »

The thing is, and I keep bringing this up, is that based on your comment, 22 years ago we had a choice between a Johan Cryuff or an unknown Frenchman in Japan. I imagine you would’ve been utterly dismayed by David Dein’s decision to push for the Frenchman, am I right? Who was Simeone and what did he prove when Atleti picked him? He had no prior managerial experience. Who was Allegri as a manager when he first started? Fundamentally, they were picked on the merits of their ability, not on their (non-existent at the time accolades), and that’s what… Read more »

Not true, in my defence I did say a ‘better manager’ not the most experienced or well known.

How many times did Ramsey lose it.

6 – the minimum number of players from tonight’s starting line-up that need to be replaced; see if you can guess.

The squad is fine – tactical approach and some defensive steel is going to make a difference. “Go out and play beautiful attacking football” is AW´s philosophy – another approach with similiar squad might get us where we want to be

Perhaps, but starting from the back, we need a new goalkeeper.

We had one, then he went to juve.

yeah, the squad is fine, if you like to finish sixth or seventh

No 1 is Perry Groves

It’s a shame for Wenger.

However, it’s Wenger’s fault that we were unable to score, nor to defend.

afan
Reply to  No 1 is Perry Groves

The criticism for Ozil was a bit unfair, he wasn’t our worst player by a long stretch, but I get where Keown came from. He’s on 350k a week which makes him the second highest paid player in the premier league, and in our biggest game of the season he hasn’t had a single shot. The contrast with Griezmann, who’s meant to be Ozil’s contemporary yet isn’t earning anything close to him, was stark.

Ozil’s supposed to create goal scoring opportunities – its not his fault if we don’t have the strikers to help convert that creativity into goals. The analysis above shows he did well enough – and whilst its a pity he didn’t shoot (or set someone else up to shoot/score) on the 2 opps he had – that’s not his prime role and I don’t see other comments asking why our strikers didn’t do better themselves. Just saying he didn’t do what we needed (score) but that shouldn’t make him a scapegoat the team’s (and manager’s) failings. Football isn’t a 1… Read more »

Trust me, if any of our strikers were making £350k a week, they would get SLAUGHTERED, and rightly so.

Sadly, you can’t ask for that sort of wage demand, and not expect increased expectations. Simply saying “its my job to create, that’s it” is kinda half the problem with this squad. You can almost see Ramsey running into the box with “it’s my job to run in and score” and not concerned about anything else.

If you’re limited by your usage, then don’t ask for arab/oligarch level money.

As the analysis shows and you yourself admit, Ozil didn’t do enough creatively anyway. I’d argue that as a 10 your prime role is scoring and setting up chances. If that isn’t his role, well frankly he shouldn’t be on the money he’s on and we shouldn’t be building around him! Agree it’s not a one man game but when you’re on almost double the next best paid guy, you’ve got to justify it.

yeah, well said, ozil has done NOTHING to justify his huge wages, only wenger would pay ozil such a huge wage, no other manager would have done, but that was the mentality of the man

he is only earning that kind of money because of wengers ego, NOT because he is a good player, nobody else would pay him that much

Rumoured to be joining Barca next season. Doubt Greizmann’s demands will differ a great deal to Mesut’s.

Nothing I hate more than ex-players or fans thinking they know it all. I don’t care who you are and how much you have done for the club. For Keown to assume things like that is cruel. Whoever you are, when you criticise someone, do it with respect. No wonder we have players committing suicide or have mental health problems. It’s soul destroying for the players and doesn’t help the situation. The idea that we should keep bashing players until they fight back is shit and not a good management style.

its not just this game ozil was poor its EVERY GAME, and more and more people are beginning to realise this, keown is right, ozil doesn,t deserve to wear the red and white shirt of arsenal, he is a luxury we just cant afford

Maybe Ozil should have shot? First one maybe but not really, second one he is almost on the byline. We basically played without a striker all night, that was the biggest issue going forward.

Convenient scapegoat for the gammon. Always will be.

(Aware you are not doing that in your piece, quite the opposite)

Totally agree. Özil has a very specific set of skills – it´s the players and managers duty to get the most out of these skills.

but wenger NEVER, so what does that say about him

but wenger never did get the best out of ozil

tough to take but it was a fair result between the chances not taken and the gifted goal.

We need to be better to win a EUR trophy, hopefully the next manager can push this squad further.

” 2nd best behind Sergio Canales” Forgot about this kid. Fifa 12-14 legend. I wonder how he’s doing. In regards to Ozil, I think ultimately the issue Ozil will always have and fans will always have with him is that’s he’s the ultimate burglar. If you have one single flaw in your security system, he will find it (or most likely to break in), and he’s arguably the best at that. But if your security is watertight, then he’s pretty much useless as there’s nothing he can do. But sometimes in the face of the most intricate security locks, you… Read more »

That paints a pretty bleak picture of the immediate future. If the new boss has so little quality to work with. Plus weak minded players as well. Will Ozil become an ‘Albatross’ someone we cannot move on with his wages.

It just looked like we couldn’t control the game how we wanted. in possession, we looked like we were controlled by Atletico. I see this as a tactical loss. We have the players, just not the plan to get the most out of them. Atletico did not sit back either, they controlled the game in attack and defence. They are stereotyped as a backs to the wall team in every game, while they are actually a very attacking team. They are judged on games against Barca and Madrid only, most teams would sit back against those two. I loved how… Read more »

A fitting end to a disappointing european career.