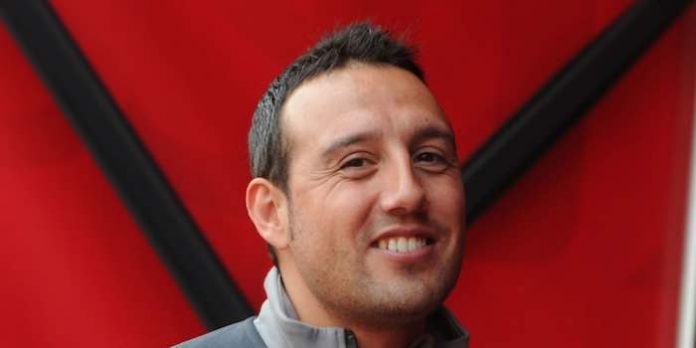 Arsene Wenger says Santi Cazorla will not feature for Arsenal against Leicester or Huddersfield even though he’s making good progress with his rehabilitation.

The Spaniard has been involved with first team training in the last week as he continues his comeback from a series of ankle-related issues that at one point threatened his career.

The 33-year-old hasn’t been on the pitch for the Gunners since October 2016 and is out of contract this summer. It remains to be seen whether he’ll be offered a new deal. The Times (£) reports this morning that his former club Villarreal have made contact.

“No, he will not be ready to play in the final game,” Wenger told his pre-Leicester press conference.

“It’s a shame [he can’t play]. I brought him here and I love the player and the person. He looks quite good, he prepares well. He runs well, he physically is working very hard.

“Medically, people tell me it’s too much a risk to rush him back now. He had to wait for such a long time, it would be stupid in one game to destroy all the work he has done.”

Check out this week’s Arsecast Extra

A little disappointing from an entirely selfish point of view, but sensible. Really hope there is some involvement in preseason at least. And praying that he gets right enough to be our very own Pirlo type.

Reaaaally hope we him sign for another year or 2. Although it would make sense, if a new manager wants to go in another direction, I think we all realise now how important he is to our midfield…

Living in a Santi wonderland

surely worth the risk of a one year extension though.

I hope they extend him Just think what AMN can learn from him as well as Iwobi.

p.s. Ramsey is gone I think

I think Ramsey is a smart enough guy career wise to wait for the next manager. Obviously he’s said he’d like to go abroad, but I think he’s ambitious and confident enough to fancy a shot at one of the big boys, and I can’t see him being even close to their radar at this point. I’ve got high hopes for him in a (hopefully!) more tactical system.

Yes, Ramsey has all the tools to succeed, especially as a B2B. This team is setup for him to excel and be taken note of. The only problem, has been for many seasons and the earlier half of this one too, is that he isn’t positionally disciplined at all. Causes a huge gaping hole in midfield, which causes more hurt for us than the positives he can potentially bring at the opposite end, if the team can bring the ball there that is. But tbf, he’s wisen up now and I don’t often see those stupid early runs into the… Read more »

Even though it makes perfect sense, it still makes me really sad. I don’t think he’ll be offered a new deal, so we probably won’t see him play from us again. ?

I so wanted him to make at least one last appearance, just so the fans can show him their appreciation. He’s been a brilliant player for us and we’ve missed him immensely. I’ll be really sad to see him go. Hope he can get back to playing football regularly, he deserves it.

Firstly I love Santi , & want him back playing for us . But can the club justify anything more than a pay as play 1 year deal given that he’s been out for so long & the fact there is so much uncertainty over his fitness. Sadly I can’t see Santi making it back , but pray that I’m wrong

yes we can because 1: we have the money, 2: he’s a great player and fan favourite and 3: its not our money so lets get the rats to spend the bread. I think a one year extension is what most clubs would be offering, doubt anyone is going to offer him 2 years at this point. I was thinking the other day i wonder what he could have won with Athletico madrid if he had stayed with them, prob more than with us….Im sure they would have got over the line of a few more of those finals they… Read more »

I say if we get a free kick right outside the box on the left side then sub him on to take it and immediately sub him off after the goal celebration.

doesnt matter on what side Cliff. Our santi has no weak foot!!

The free kick against Hull made me happier than any free kick ever has.

Xxxrob
Reply to  A Different George

Heh, me too. I remember I had some of my mates over (2 am kick off I’m pretty sure) and after those two goals went in we were all pretty down in the dumps.
“Fuck it, beers boys?” I remember asking and as I was walking to the fridge, we got given the free kick. I stood at the edge of the lounge room waiting and Santi sent it flying into the top right corner.
That changed the mood. Beers were accompanied by Tequilas and by full time we were shit faced lol

Thats pretty much how it went down at my joint that day too. Cept in the mancave not the loungeroom. 🙂 At 2am the wifey would have none of it!

will he ever play again ?

Our best and most important player…

At this point, if we retain him for a swan song season, it is strictly bonus whatever we get out of him. We need to replace his abilities. If Jack doesn’t stay, this is critical as the Englishman can carry the ball like Santi up the middle for us. The other player often overlooked and unfairly criticised is Iwobi. He is still ONLY 22yrs! I have suspected since last season he would be better through the middle in a supporting mid role. Against Burnley, he showed what he could do. Sitting deeper, he has the strength and skills to protect… Read more »

He has to be given an extension or pay as you play? It’s Santi for goodness sake!

Arsenal would be shrewd to keep this guy around. He’s got an infectious good nature and knows the game better than most. Characters like that are important in the workplace.

I recall sometime when Ozil would sulk like a 5yr old following any misplaced pass, I stated that I thought Santi was more influential in our team than Mesut. This guy singlehandedly save our asses the season he was scoring with both feet and assisting everyone. I don’t believe Mesut has had that much influence on our team since he’s been here