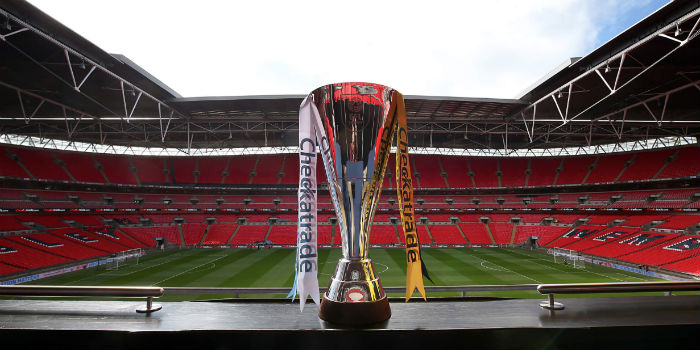 An Arsenal under-21 side will vie with 48 senior sides from League One and League Two clubs as one of the 16 invited Academy sides to play in next season’s Checkatrade Trophy.

The young Gunners will join under-21 sides from Premier League rivals Manchester City, Tottenham Hotspur and Chelsea in next year’s competition, which has been revamped in recent seasons to offer more competitive playing time to young players.

Speaking about the decision to enter a side, Academy manager Per Mertesacker said: “We’re pleased to be entering our Under 21s in the Checkatrade Trophy this forthcoming season.

“We feel it’s important to provide our young players with a variety of experiences in their development and we certainly felt that by entering the Checkatrade Trophy, the players will face different challenges from strong club sides.

“With many of the players in this age group destined to go on loan soon in their careers, the experiences from this competition can act as a very good link between academy and first-team football.”

EFL Chief Executive, Shaun Harvey, added: “Feedback from all levels of the game is indicating that the competition is starting to reap the benefits that we all envisaged at the outset of the revamp and I’m confident the format will continue to prosper with increasing support from clubs and their fans.

“The Checkatrade Trophy will continue to provide young players, from invited teams and EFL clubs alike, with a unique opportunity to experience first-team football and I look forward to seeing the stars of 2018/19 emerge as the competition progresses.

“Last season, we had the success of Lincoln City, who stated from the outset that the Checkatrade Trophy is a competition that they wanted to win. I was delighted for the club’s fans when they made it to Wembley for the first time in their history. Of equal significance will have been the financial return the club achieved from the competition, of over £500,000.

“The 48 EFL clubs from League One and Two all received a financial boost from the 2017/18 competition and I am confident the increasing profile, as evidenced once again by the inclusion of yet another of English football’s biggest names, will help to encourage more fans to get behind their team in this unique competition format.”

The draw for the group stage will be undertaken in July with the first matches due to start w/c 3 September.

Arsenal’s under-23 and under-18 outfits enjoyed successful seasons last time out, here’s hoping a few more talents come to the fore under the leadership of Freddie – newly installed as under-23 head coach – and Per.

Is this the Johnson’s Paint Trophy?

Nice one…..I was a bit miffed that we hadn’t put our lads into this over the last couple of years as it had to be good for them.

Also I can now include them in my mid-week accy as another BTTS!

Not as catchy as the Top Four Trophy

It’s an interesting one.

On one hand, the general football fan in me feels it diminishes the cup and devalues lower league teams, of which there’s very few competitions to win anyways (outside of their respective league, they’re not winning the FA Cup anytime soon), and it’s especially hard on them, particularly as the financial windfall from winning it is far more valuable to them than it is to us.

But on the other hand, the Arsenal fan in me says….

To counter your argument…

“it’s men against boys out there”

This is a smart move. Competitive games for the young players will give them great experience, hopefully having Arsenal, Chelsea & Man City in the competition will also boost attendances.

Very happy with this.

So I guess in this tournament they will check if your trade is in fact, professional footballer or not.

Will they suggest alternatives? “Sorry mate, that was a shit attempt at a cross. From now on you’ll be a plumber.”

My fav has to be Sherpa Van Trophy, what’s yours?

awesome group of sponsors there….

I think this is a good move from an Arsenal standpoint and it also makes the cup a stronger competition. Also, more people will be interested in watching. Finally, it even gives players on the other clubs a chance to see how good they are as a player.

Too often, I think U-21 players tend to coast in their development leagues and this hurts them when they move up to the senior squad. Now, they’ll get introduced to teams that will rush to close them down so they’ll learn to move the ball quicker.