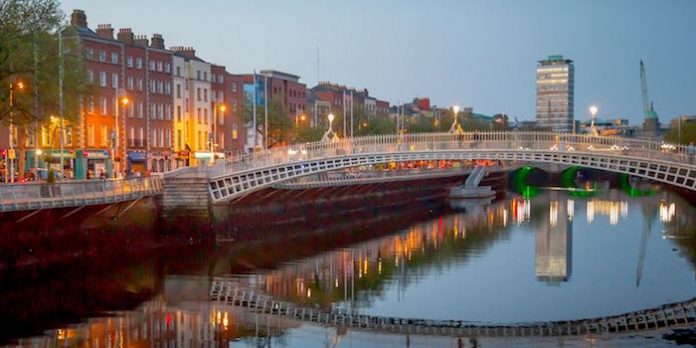 Arsenal have confirmed our story from earlier that the Gunners will face Chelsea in a pre-season friendly in Dublin on August 1st.

The game takes place at the Aviva Stadium with a kick-off time of 20.05. Tickets are an eye-watering £54.25 and go on sale this Friday 15th June at 10am to all members.

It’s worth pointing out that this game is part of the ‘International Champions Cup’ pre-season fixture line-up. They are third party promoters who pay clubs for their participation, so the ticket prices are not down to Arsenal.

Nevertheless, for a friendly game that’s a steep price to pay. Ticketing information can be found here.

The Gunners were actually due to face Chelsea in Stockholm on August 4th but because Antonio Conte’s side won the FA Cup, they’ll play Man City in the Community Shield that weekend.

The Arsenal game in Sweden is still going ahead, but against different opposition to be confirmed at a later date.

According to Charles Watts of Football London, it’s likely to be a Spanish side but we’ll wait for that confirmation.

Arsenal's pre-season game in Dublin on August 1 will be confirmed later today. Chelsea the opponents – New (Spanish) opposition has been found for the game in Stockholm later that week.

Those two games follow fixtures against Atletico Madrid on July 26 and Paris Saint-Germain on July 28, both of which take place in Singapore.

Expensive seats and lots of travelling and time difference to get back from Singapore.

Hope we aren’t tiring the players out.

I think it’s a bit naive not to blame Arsenal or Chelsea for the ticket prices. They can ask what the prices are going to be before the game is agreed and if they’re too high refuse to play. But neither club did this.

I live in Dublin, I love arsenal but I’m not paying 54 fucking pounds for a friendly.

Same. I live in Belfast, love Arsenal and ordinarily I would travel down but £54.25 or whatever it is, is just ripping the arse out of it

Ya gooner
Reply to  razuuu

It’s disgraceful. Games like this the tickets should be a price enough to cover the costs (pitch wear, staff, policing etc.) of the game plus a little bit extra. The clubs will make enough money from a tv deal as no doubt it will be on bt sport. A ticket to the playoff final at webley was cheaper than this ffs!

sambo
Reply to  Ya gooner

Is this for seats of the house prices?

Just a rip off for a friendly game, was going to take my wee man but at that price will give it a miss, shame.

To be exact. I paid 80€ towards the seat near corner. It was worth Because I saw Santi just near me 🙂 and that remains the only match I saw Arsenal play until now 🙁

No Emirates Cup this year?

Nope – they’re adding extra seats into Club Level so there won’t be one this year or next I believe.

As fans, if we allow ourselves to be ripped off, then that’s exactly what will happen.
I wouldn’t pay £54 if it was a league or cup game, let alone a friendly.
What about kids, any half-price tickets or are parents gonna be ripped off as well?
Didn’t a half-empty stadium teach them anything last season…

Half empty stadium had nothing to do with ticket price.so,don’t think so…

Worth noting that under 16s are £13.50, not £54, incase anyone is thinking of bringing kids. The info on the Arsenal site is for the Arsenal section only, I’m assuming the pricing will be the same throughout the stadium and its not the FAI (or whoever runs the stadium) fleecing perceived ‘affluent London fans’, and they’re fleecing local fans as in exactly the same way? Either way, it’s the stadium owners, not Arsenal or Chelsea who are setting the prices and making the cash from these ticket sales. People questioning whether Arsenal or Chelsea should be enquiring about prices before… Read more »

dosnt it just make absolute sense to play 4 games in a week
days before the season starts.
who says the game isnt JUSt about MONEY

About 65 euro for a pre season friendly. Greedy hungry bastards.

Trying to get tickets this morning as I’m lucky enough to be an FAI season ticket holder. Unfortunately much like the FAI the Ticketmaster website is a shambles. Can’t get presale on your phone so you need to try on desktop, that lets you see the option but just keeps loading. They rip you off and make you wait around while they do.

Ticketmaster want €75.00 inc fees and a compulsory collector ticket for a pre season game. Well they can go and shite. Watch game and empty seats in pub they must think the celtic tiger is alive and kicking again.