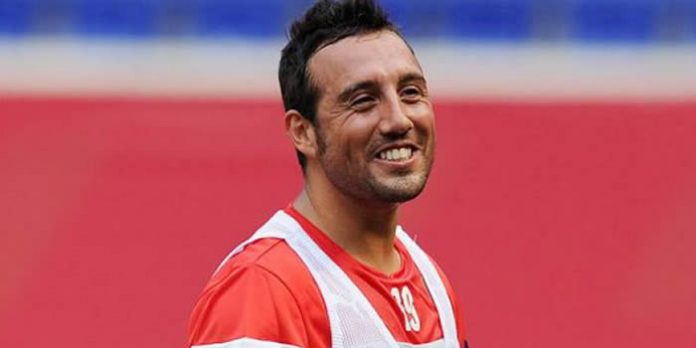 Santi Cazorla has trained with the youth team of Spanish side Alaves as he continues his recovery from an Achilles injury that has plagued him for nearly two years.

The Spain international, who was recently released by Arsenal after six years at the Emirates, hasn’t played a competitive game of football since October 2016.

Despite undergoing 11 operations since then, the 33-year-old is hoping to persuade a club in his homeland to take a chance on him this summer. Former club Villarreal is understood to have offered him the chance to join their pre-season training.

“I am grateful to Alaves for the facilities they have offered to me,” Cazorla told the club’s official website.

“The facilities here are very good and they’re even doing work to improve them further.

“[The youth teams and I] have had a nice experience. I tried to make sure they enjoyed the experience.”

Marca report that Cazorla took up the chance to train with Alaves after visiting the Basque region for a check-up with surgeon Mikel Sanchez.

The guy lives for football…just wants to play.

so what has that got to do with arsenal

I bet the youngsters are delighted! Good luck Santi.

Almost as good as Bergkamp gate crashing your training sessions

This shit should happen to the cunts of football, of which there are many.

If he doesn’t sign up immediately with another club it would be lovely if it could be arranged for him to take part in one of our preseason games. Emirates Cup perhaps.
I doubt there is any realistic hope of that happening but it’s really heartbreaking to consider that we’ll never see him in an Arsenal shirt again.

It’s so good to see him happy and playing again. I would have loved him to come back for us, but as long as he can play and enjoy his football I’ll support him wherever he is. There’s a special place in my heart for Santi.

This man has seen some true pain in his life.. that smile is worth a million, all the very best to our Santi

Legend! All the best Santi!