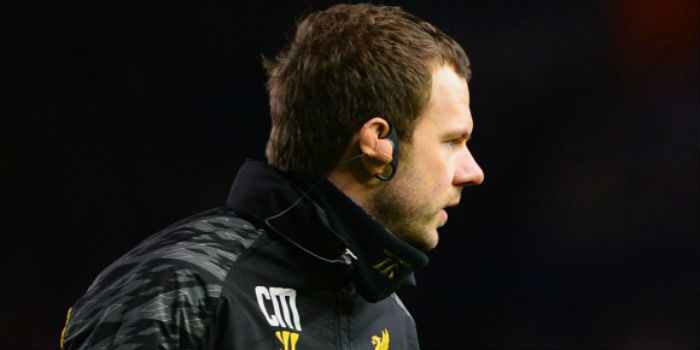 Arsenal appear to have handed a role on their medical team to Chris Morgan, who left his position as head physio at Crystal Palace in May.

Morgan, who had previously spent three years at Liverpool, had been at Selhurst Park for 16 months and was, according to Training Ground Guru, expected to take up a new position in the North.

Morgan revealed news of his move via Instagram a few days ago and appears to have been part of the club’s pre-season preparations from the off. He lists his role on LinkedIn as senior first team physio at Arsenal.

Always good to get week one under your belt!!…Happy and proud to be part of the backroom team at a club I have always admired @arsenal #arsenal

Back in May, the BBC revealed that Colin Lewin, Arsenal’s head of medical services, had lost his job after 23 years; a decision that shocked many at London Colney.

In June, it was confirmed that physiotherapists Andy Rolls and Ben Ashworth and osteopath Dr Philippe Boixel had also left the club.

Despite confirmation of a raft of other changes on the backroom staff, thus far the club have yet to share the name of Lewin’s replacement.

Perhaps Morgan’s social media post will spur them to do just that.

Coming from Palace, is he that good?

Pretty ignorant statement. I also imagine the Liverpool connection makes sense, as they’re one of the best around (ironically, they become one of the best when their former head of sports science from around 7 years ago set up their process. Might have heard of him? Darren Burgess?)

It wasn’t a statement, it was a question.

That’s not really how physios work (or players for that matter, plenty of good players have come from Palace).

So, is he that good? Does anyone actually know?

I’m delighted if he is a brilliant recruit but worth asking to see if anyone has any actual knowledge rather than just saying he might be.

Pretty ignorant of you to assume any of us idiots on this site would know anything about this guy.

Given the struggles with understanding what a question is, I guess you’re right. I live in hope though.

Oh shut up, you said “coming from Palace, is he that good” which is clearly not simply asking but implying you don’t think so.

Obviously no-one knows whether he’s good or not. How could anyone here possibly have the slightest idea?

Just for the bants, as doctor we should hire Eva Carneiro

Forget bantz, she’s highly regarded and well-respected. Would be a coup.

I imagine her time with Jose has completely pushed her from football for life (from what I hear, Jose’s continued his antics to United, pushing out of the most respected sports scientists in Tony Strudwick, who’s now left to head the Wales FA after effectively him and his entire department were frozen out by Jose).

“Back in May, the BBC revealed that Colin Lewin, Arsenal’s head of medical services, had lost his job after 23 years; a decision that shocked many at London Colney.” I mean, should it really? This infographic should probably give you an idea as to why he was fired; http://i.imgur.com/QW4TLw7.jpg That’s the last 16 of his 23 year of him heading our medical department, with some pretty bad stories of our medical management (as recently as Cazorla’s management). I’m sure it would be higher if you went all the way back to 23 years (not sure data exists for that). I… Read more »

Absolutely. As a physio, the very least you should be capable of is bending the fabric of time to predict injuries on top of being able to mind control surgeons who worked on Cazorla.

If you really want to ignore the fact that in the past 12 years Arsenal have the worst injury-rate of all PL clubs, something that’s been a bone of contention for fans for many years, that’s on you.

Thankfully, the person hired to review the club’s medical practises disagrees, and has made the necessary steps to remedy that.

But if you think Burgess and Gazidis are wrong for not ignoring the evidence, feel free to email them.

That’s not evidence. No scientist would say that you can draw any specific conclusions from such a rudimentary statistic. There are so many variables involved, it’s ludicrous to suggest that it indicates incompetence on the part of the medical staff. You might notice it’s pretty strongly correlated with the size and strength of the club. With the exception of Everton it’s basically all the top clubs in England (and they were arguably among them for a large part of this period). Someone who was actually interested in evidence, then, might conclude that there is some causal factor there. Perhaps the… Read more »

Well, clearly Arsenal’s management felt that part of the problem was the physio team, as they’ve now been replaced, so I wouldn’t characterize it as “gall” to suggest they were identified as part of the problem. And, admittedly, that is a bad injury record, comparatively, however you look at it. United, Chelsea, and City can throw money at those problems. We can’t, and we’ve suffered for it.

The question is whether they were *correctly* identified as part of the problem.

Its not so much the injury record as the recovery record. The medical and physio team don’t cause the injuries but they do influence the recovery. they do have responsibility in the prevention of follow on injuries. Maybe its something as simple as they were too meek to stand up to wenger and say no to his demands to get the player on the field. Or maybe he was interfering in the process – he fancied himself as a physiologist. maybe they were too close to the players, maybe they were just not the best and we are one of… Read more »

It’s not like the entire medical team have been let go. Garry Driscoll has been promoted. Plenty of others have kept their jobs. Shad continues to work and I also spotted him at the world cup with the German national team. We perhaps needed new ideas and the best way to get new ideas in was to let a guy with two decades of experience with the club go? Also to be fair some, of the recent injuries haven’t been handled well. I can recall atleast couple or more cases in the last two seasons where a player delayed an… Read more »

Kos is a recent one.

So much is changing so quickly…im hyperventilating can’t cope, need season to start now.

Maxin In The Shade
Reply to  89 was fine

These are the wholesale changes that obviously needed to happen.

I for one am excited and enthused about the seemingly new direction the club are taking in all aspects.

Hopefully pre-season gives us a small taste of what is to come,can’t wait!

For a moment on the notification, I read Psycho instead of Physio and wondered if we’d signed Benteke ?

Ha. I get a wee laugh from my dyslexia from time to time also. But there must be better examples of a psycho than Benteke… though I’m struggling to think of a good one since Gattuso retired. They don’t make them like the old days…

Sorry… Its early, I’m being slow… Benteke ‘played football’ for both Liverpool and Palace. I get it now.

We should hire Eva Carneiro just to piss off Mou.

Was at Liverpool 10 years though. Was their head physio for 3 years before leaving.

This website uses cookies to improve your experience while you navigate through the website. Out of these, the cookies that are categorized as necessary are stored on your browser as they are essential for the working of basic functionalities of the website. We also use third-party cookies that help us analyze and understand how you use this website. These cookies will be stored in your browser only with your consent. You also have the option to opt-out of these cookies. But opting out of some of these cookies may affect your browsing experience.
Necessary Always Enabled
Necessary cookies are absolutely essential for the website to function properly. These cookies ensure basic functionalities and security features of the website, anonymously.
Functional
Functional cookies help to perform certain functionalities like sharing the content of the website on social media platforms, collect feedbacks, and other third-party features.
Performance
Performance cookies are used to understand and analyze the key performance indexes of the website which helps in delivering a better user experience for the visitors.
Analytics
Analytical cookies are used to understand how visitors interact with the website. These cookies help provide information on metrics the number of visitors, bounce rate, traffic source, etc.
Advertisement
Advertisement cookies are used to provide visitors with relevant ads and marketing campaigns. These cookies track visitors across websites and collect information to provide customized ads.
Others
Other uncategorized cookies are those that are being analyzed and have not been classified into a category as yet.
SAVE & ACCEPT
wpDiscuz
30
0
Would love your thoughts, please comment.x
()
x
| Reply