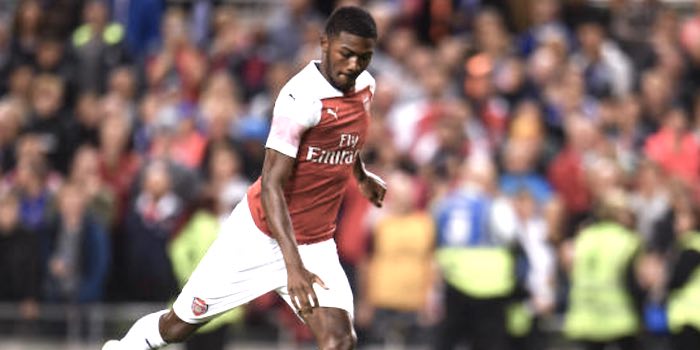 In his first pre-game press conference for the Premier League, Unai Emery has provided the latest team news ahead of Sunday’s clash with Man City.

It’s a tough opener for the Spaniard and the Gunners, but there has been a fitness boost with the return of Aaron Ramsey to full training after he suffered a small calf strain during the pre-season preparations.

With Sead Kolasinac ruled out for around 2 months with a knee injury, there was also an issue with Nacho Monreal who returned from World Cup duty with a knee problem of his own. Although the Spaniard returned to full training this week, it’s too soon for him to play on Sunday and Ainsley Maitland-Niles will deputise in the back four.

Beyond that, there don’t appear to be any new issues and the only thing we’ll have to wait and see is if the new boss includes the likes of Granit Xhaka and Lucas Torreira who arrived back late for pre-season training.

With City set to include Belgian World Cup star Kevin de Bruyne as well as Raheem Sterling, John Stones and Kyle Walker, we’d be at a bigger disadvantage if we didn’t.

Check out today’s season preview Arsecasts – yes, two of them!

i personally just want us to be competitive with the top 3 or 4 teams, and not get dicked by 3 or 4 goals. If we can stay in these games long enough by being switched on from the start, defend as a team, not get caught out in our half with the ball and clinical when we do create we can defo get more points this year. Looking forward to the season, regardless of the city result. Just want a performance….set the tone!

Quite right, competitiveness is what we have been missing of late. If you had a 50-50 chance and lost by a wondergoal or good set piece drill, you could digest it. Not by losing pitifully though, and we have looked out of our league a bit toof often especially in the infamous round of 16s. Let’s hope we play well, compete and get a positive result on Sunday

Out of our depth rather…

What was that about them having their squad out for the WC thus being easier to play?

That didn’t last very long did it.

Not long at all.
This news has somewhat dented my optimism. Oh well!

This should mean that we have no excuses for not starting our players who were away at the world cup. It’s one of the biggest games of the season and a lot is resting on this opener. We have to try and field the strongest XI possible.

Ooh, I do love riddles.

Here’s another one: when is a fan not a fan?

When “he” blows hot air…hehehe

Preseason. I wouldn’t worry.
Arsenal played really well and won the community shield at the start of last season. And then went completely to hell thereafter.

Preseason means nothing. And the Community Shield is basically preseason.

A Different George
Reply to  Mootilated

Yeah, I was hoping we only had to face Sane and Mahrez as wingers with Aguero in the middle. Easy.

Nobody’s talking about who’s going to be the captain of the team… Are we having a deputy captain until December or a permanent captain for the season?

Completely forgot about the captaincy. I’m guessing it’s Kos and the others will rotate. Emery seems to put emphasis on everyone being a ‘protagonist’ and even if he’s overused that word slightly, I love the idea of 11 players stepping up, every game. The real decisions are the centre back pairing and the midfield pairing. Mustafi and Sokratis are too similar in their strengths and weaknesses. Holding and Mavropanos are both inexperienced and risky. Making that work between now and January is key for this game and all the others to come. Our midfield options look decent, alot of players… Read more »

Ramsey and Xhaka have never played as a midfield pairing. Now we have Torreira as a DM we can now see how it works

My guess would be Cech leading out the team on Sunday

Is Joel Campbell still with us??

He tried to leave while he could, but he couldn’t.

Glad this is the first game of season. Get this defeat out of the way and win the next 37

Was really hoping KDB wouldn’t be ready to go yet. Oh well, to be the best you’ve got to beat the best I suppose. COYG!

It’s one thing to play, it’s anothere to be at the peak of your powers. Our boys have been together longer in the pre-season, and it should show later in the second half. I mean, if you are chuffing about having a great season, these are the kind of games you make a statement with. Imagine what a win on Sunday would do to the morale: absolutely insane feeling of exhilaration and belief would follow. We have nothing to lose; the boys should go out there and give their best. After all, the word “upset” was coined for days like… Read more »

We can probably pick the starting XI from 13/14 players. The makeup of the rest of the bench will be an interesting look at the preferences within the squad that emery has

I just hope the optimism, hard work and new-ness of this team gets us through the first couple of games relatively unscathed. Man City are a really good team, I’m not expecting us to hammer them, but as long as we compete and we look like we’re going somewhere – that’s all I want.

Something in the vein of that Man Utd game away last season where our team was a mess, but we fought.

oh dear, niles in defence, that’s just made a hard job even harder

By the way, Who’s going to be our captain? With the series of changes at the club, hope we have a captain who plays regularly.

Probably one of Ozil, Ramsey, or Xhaka.
If it turned out to be Cech would that be an indicator of GK preferences?

I would play the late comers
If they play theirs, why can’t we?

Agreed, these first 2 games are very important to set the tone of the season. 2 defeats, or one defeat and a draw simply isn’t good enough. Not if we have top 4/title challenge aspirations. If players are iffy fitness wise then you can rest them for 3rd and 4th games. But we have to meet City strength against strength.

Just hope we don’t get dicked.

Front three of Auba, Laca and Mkhi I reckon, with Ozil, Elneny and Xhaka in midfield.

I feel that both auba and laca will not start. Emery has a history of being cautius in big games so I’d be surprised to see such an attacking group… that said were a bit short of left sided defensive options!

Formation will be a big question. If 4-3-3 one wonders if he’d prefer to have a little more defensive assistance for AMN on the left. Auba has shown he’s up for working hard when asked but not so sure that’s his best use.

I’d be tempted to start Auba up top to keep them honest, and later either sub him for Laca, or add Laca as the situation dictates.

For me it would be better to leave out one of Ozil or Mkhi. Laca and Auba link up well and we will likely be playing on the break.

he must drop ozil

Afan we know you don’t like our most creative player. Gals you don’t have to chose the te

I’ve always thought Ozil is our best outlet on the counter.

ha, were a bit short all over our defence

don’t ask me why, but i have a sneaky suspicion we’re going to see torreira

Why wouldn’t he start?

If Welbeck is fit Emery might play him from the left to help the defence from the left… Welbeck on his day can be effective defensively and deadly going forward, always short in his finishing in front of goal though…

I think laca will start at cf ,auba to rw,xhaka for guendouzi
There is a small matter of showing our might ,this match – the new era thing,so I think we will try to show ourselves big

interesting discussion ……ramsey for iwobi..leno for cech…..ramsey is a ball handler,,,,,can help out in the middle,,he is goal hungry and a box to box midf……leno is sharper,,,cech have experience but plays off his line toomuch…..i hope arsenal buy a pacy defen,,,papas n musty too slow

Thanks. I will be most worried about the highline against City with this one. I don’t know how Emery will set it up. It will be interesting. Our Cbacks as usual are key but those around them also need to protect them more. We work to their strength in their experience but I think we will have to be very careful with City’ speed on the transition. Which is probably why 2 in midfield will be more secure for us. I don’t know we have deficiencies but we’ve produced results before with seemingly weaker assets. Remember Flamini and Ramsey presided… Read more »

How are we starting the season with Mustafi? He was the single player that everyone agreed must go in the summer. Maybe it’s jitters, but I started the summer with confidence and now I’m nervous. We all assumed that Emery was focusing on defense, but he never actually solved the issue at the center of the wall. It very much feels like when we started Squillaci and we all knew there’d be ill-timed howlers every game. I really want Mustafi to prove us wrong, that would be great – but there were times in pre-season where familiar patterns emerged. All… Read more »